We use cookies to provide you with a better experience. By continuing to browse the site you are agreeing to our use of cookies in accordance with our Privacy Policy.
×
Home » The Great Debate: Should COTS Components Be Used in Space?

The Great Debate: Should COTS Components Be Used in Space?

The adoption of commercial-off-the-shelf (COTS) parts is a big shift for NASA, since this organization has followed an extensive parts qualification and screening process using MIL-SPECS for decades. Seeking to remain competitive and to provide guidance for missions that are budget constrained, NASA commissioned a NASA Engineering and Safety Center (NESC) study to evaluate the use of COTS parts. The goal of this extensive study was to establish a consistent set of requirements at the agency level to control risk and minimize the impact of part selection and usage on reliability in NASA spaceflight hardware. This article examines some of the industry trends that drove NASA to perform this study, as well as some of the information and recommendations from NASA provided in Phase 1 of this study, which was released in December 2020.1

When designing a traditional geostationary (GEO) satellite, reliable lifetime operation is crucial. This is because these satellites are typically multi-mission communication platforms that can cost more than $1 billion to develop, leaving no room for a failure of even the tiniest passive component. These satellites also orbit Earth from 22,300 miles away, so making repairs in the event of a failure is not an option. Therefore, every component used in a GEO satellite has historically been put through a rigorous, and costly, space qualification and screening process to ensure the parts meet the requirements set forth in established reliability specifications such as the MIL-SPECS.

Today, however, many new satellite communication (satcom) applications are being launched into low-Earth orbit (LEO), which is the area of space from 120 to 1200 miles above the Earth (see Figure 1). These satellites, which are increasingly being designed by commercial “new space” companies, can be made much smaller than GEO satellites, but because of their proximity to the Earth, the coverage area is also much narrower. This means multi-satellite constellations are needed to provide continuous and reliable low latency coverage, making cost a much bigger consideration when designing LEO satellites versus GEO satellites. As a result, many “new space” companies have adopted the use of reliable COTS parts for LEO satellites, reducing the time and expense involved in the traditional rigorous space qualification and screening process. 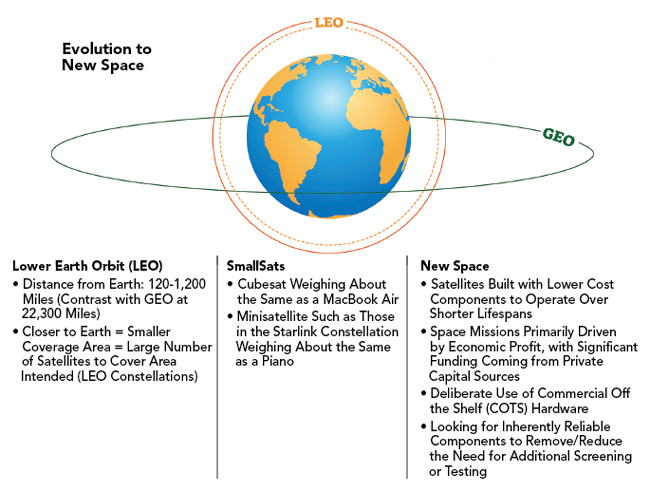 Figure 1 Reducing the cost of launching a satellite into orbit has enabled a new generation of innovation in space.

WHAT DOES NASA CONSIDER A COTS PART?

To start, it is important to understand how NASA has defined COTS parts. In a recent webinar, “Phasing in COTS Electrical, Electronic, and Electromechanical (EEE) parts in NASA,”2 NASA Chief Safety and Mission Assurance Engineer Jesse Leitner described COTS parts as “parts where the manufacturer solely establishes and controls the specifications for performance, configuration and reliability.” This includes defining the design, materials, processes and testing used, without considering additional requirements by users or external organizations. COTS parts are typically sold through commercial distributors.

Historically, many organizations have associated COTS parts with low reliability. But through this NESC study, NASA determined that high volume parts built by a supplier you know and trust are likely to be extremely reliable. Simply put, suppliers want to build parts that their customers will continue to buy. Providing high volumes of unreliable parts is not the way to do that. COTS does not mean the part is not qualified, not screened or not tested. Instead, the qualification, screening and testing is just not defined by the government or other external party. In short, the study showed that COTS parts can provide reliability for space applications if the parts are produced at high volumes and are from reputable vendors that perform 100 percent vendor electrical testing and screening, covering all datasheet parameters and not testing beyond intended usage.

For many decades, NASA felt that using MIL-SPECs was the only reasonable approach aerospace engineers could take to guarantee reliability when procuring parts for mission-critical and costly space applications. These standards originated in the U.S. Department of Defense because of the need for uniformity and interchangeability of parts across the world. As a result, these quality specifications cover the most extreme range of conditions, and the U.S. government controls the drawings, requirements and specifications. Therefore, purchasing components that were tested using MIL-SPECs became the best way to try to guarantee reliability for parts used in space systems.

The NESC study has shown, however, that MIL-SPEC testing for some parts may arbitrarily link that part with reliability. This is because MIL-SPEC testing is done using generic specifications that may not represent actual usage or manufacture. Parts may be over tested using standard MIL-SPEC screening practices, which can even negatively impact reliability.

NASA screened COTS parts are parts that are screened outside of the MIL-SPEC “catalog” of parameters. These parts may be screened and/or qualified using guidelines such as NASA specification EEE-INST-002.3 The purpose of this specification is to establish baseline criteria for selection, screening, qualification and derating of EEE parts. It defines three levels of screening:

When using this approach, while not required, various MIL-SPEC tests are typically performed on parts to test for reliability. Again, since this type of testing is not based on the part’s datasheet, it may lead to over testing relative to the application of the part. The NESC study showed that this option may yield the greatest uncertainty for reliability, especially if the COTS part being tested is a low volume part.