We use cookies to provide you with a better experience. By continuing to browse the site you are agreeing to our use of cookies in accordance with our Privacy Policy.
×
Home » AtlanTecRF Launches LTT for Satcom RF Testing
Aerospace and Defense Channel European Industry News Industry News Test and Measurement Channel

AtlanTecRF has launched a new plug-in 6U Loop Test Translator (LTT) for satcom RF testing. The traditional configuration for loop test translators used in off-satellite set up, calibration, alignment and quality monitoring of ground based equipment in satcom terminals is the 19” x 1U rack mount chassis.

In other applications, however, such as automatic test systems used in the manufacture of satellite terminals such packaging does not deliver optimum equipment densities or ease of operation. In such situations AtlanTecRF's new plug-in 6U Module comes into its own, bringing ATE stacking principles to the satcom RF test world. 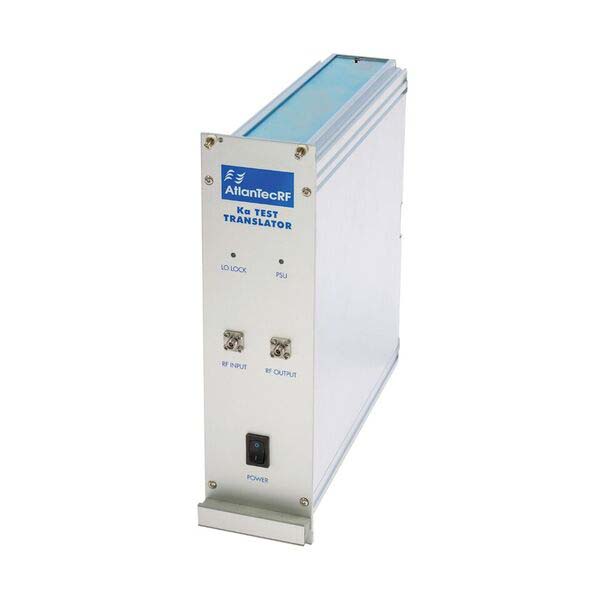 For a loop test translator the standard width plug-in 6U Module contains all the RF functions with power and control inputs at the back plane and RF connections on the front panel for ready connection to the system under test (SUT). A number of 6U modules can then be stacked in the chassis, more possibly with LTT functions and some with other functions such as amplification, signal generation or noise generation. All can be driven via the back plane by a common power supply (PSU) module and controlled by a digital local/remote Ethernet, RS485 or other bus system.

Commenting on this new approach to satcom RF testing, AtlanTecRF CEO, Geoff Burling, said, “The style of housing for all test equipment, satellite RF included, is key to the convenience of its use. AtlanTecRF has consistently taken steps to offer the most appropriate housing for each application. Our bench instruments, ruggedized portable and weatherized outdoor units have lead the way. We now offer this very adaptable high density plug-in 6U Module for the automatic test equipment community and extend our ease-of-use philosophy even further.”

As well as loop test translators in all bands from L through S, C, X, Ku, DBS, Ka and Q, the same 6U outline brings similar advantages to AtlanTecRF’s ranges of satcom line Amplifiers, block converters, signal generators and noise generators. Custom equipment users can also benefit as the company is adept at fast and efficient design of specialist modules in many fields of application.