We use cookies to provide you with a better experience. By continuing to browse the site you are agreeing to our use of cookies in accordance with our Privacy Policy.
Home » Accuracy in Simulation with CST STUDIO SUITE 2016 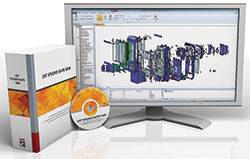 CST® STUDIO SUITE® is an electromagnetic simulation tool used to design, analyze and optimize devices and systems at all stages of the development process. It is used in industries as diverse as electronics, automotive, aerospace, medical and energy, and covers the electromagnetic spectrum from statics to optics. By replacing physical prototypes with virtual ones, engineers can study how their products work at the earliest stages of design and reduce the number of physical models that need to be constructed.

For virtual prototyping to be a viable option, the simulation tools need to be accurate without sacrificing performance. For this reason, the release of CST STUDIO SUITE 2016 builds on the success of previous versions with a range of new features that make the analysis of systems more powerful while building on CST’s reputation for accuracy.

Characteristic Mode Analysis (CMA) is a technique developed to provide physical insight into the behavior of a conducting surface by calculating the current-modes that it can support. For example, CMA can be used on a patch antenna to identify the resonant frequencies of the patch. This allows engineers to tune the antenna to the correct frequencies and determine where to place the feed to couple into a particular radiating mode. Figure 1 demonstrates one typical application of CMA to calculate the modes on a GSM-900 PIFA antenna. 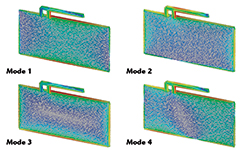 Figure 1 The first four modes on a GSM-900 PIFA antenna calculated with CMA.

The CMA tool is integrated into the method-of-moments (MOM) Integral Equation Solver in CST STUDIO SUITE, and calculates the modal significance (a measure of which modes are dominant at a particular frequency), far field radiation pattern and surface current distribution associated with each mode, with automatic mode-tracking. These features are particularly useful for analyzing and optimizing printed antennas, which often have to be compact and multiband.

To be useful to engineers, a simulation needs to accurately represent the physical system. CST STUDIO SUITE offers an extensive library of material types, such as lossy metals, ferrites and nonlinear materials. The 2016 version adds new advanced types, including arbitrary graded materials and perforated materials. Measured or simulated data can now be used to generate realistic thin panel materials to be included in models. This is particularly useful for modeling composite materials, such as carbon fiber, which have complex electromagnetic properties due to their structure.

Nonlinear circuit elements can be integrated directly into 3D EM simulations through CST’s True Transient EM/Circuit Co-Simulation. In CST STUDIO SUITE 2016, the link between circuit and EM simulation is strengthened further by the new Combine Results in Transient Task feature. This allows the results of a 3D simulation to be included in a transient circuit simulation with no post-processing required. This is a feature that will benefit EMC engineers, for example, who need to simulate the behavior of electronic systems affected by pulses or realistic digital signals.

The accuracy and performance of a simulation are heavily dependent on the quality of the mesh which describes the structure. Achieving very high mesh quality has previously led to innovations including PERFECT BOUNDARY APPROXIMATION (PBA)® for hexahedral meshes, True Geometry Approximation for curved tetrahedral meshes, and intelligent mesh engines for more efficient discretization. Two important new features have now been added to the repertoire: hybrid curved surface meshing and moving mesh optimization. The surface mesh used by the Integral Equation Solver is very efficient for structures such as reflector antennas and vehicle bodies, which are constructed from large, thin sheets of metal.

With the new version, the surface mesh can now use a hybrid combination of triangular and quadrilateral mesh cells, and these polygons can be curved and conformal to the structure (see Figure 2). This means that a structure can be discretized very accurately with fewer mesh cells compared to traditional meshes, which can accelerate simulation significantly.

Moving mesh optimization is most useful when designing and tuning highly sensitive structures such as filters, which are usually described using a tetrahedral mesh. At each step of an optimization of such a structure, the model geometry changes slightly, which means that the mesh needs to change as well. Instead of recalculating the mesh from scratch, CST STUDIO SUITE 2016 can instead adjust the previous mesh to fit the new structure. This speeds up the meshing process, and can also improve accuracy by reducing the noise associated with repeated mesh generation.

A range of other improvements to the mesh engines include more intelligent mesh adaptation, sliding meshes for moving part simulation, and the ability to define mesh-independent parameters.

It was recently certified as Intel® Cluster Ready, and its cluster computing capabilities have been expanded with the ability to perform True-Transient EM/Circuit Co-Simulation on MPI clusters. In addition, the Asymptotic Solver now also supports GPU acceleration, which can significantly speed up bistatic radar simulations and other simulations with large numbers of observation points.

CST has supported Linux in HPC compute cluster environments for many years. This allowed simulation jobs to run in batch mode without user interaction. However, Linux-based operating systems are now becoming increasingly common for workstations, and CST STUDIO SUITE 2016 can now be used interactively directly on a Linux machine. This includes the powerful 3D modeling tools and results viewer, greatly increasing the number of tasks that can be performed entirely in a Linux environment.