We use cookies to provide you with a better experience. By continuing to browse the site you are agreeing to our use of cookies in accordance with our Privacy Policy.
×
Stay Connected :
Home » Selecting Circuit Materials for Microwave Power Amps

Demand is growing for microwave power amplifiers (PA) due to an increasing number of applications, from commercial cellular systems to military radars that rely on amplified high-frequency signals. Solid-state microwave PAs depend on the characteristics of their active devices, but they also depend a great deal on the behavior and performance of their printed-circuit-board (PCB) materials for such functions as minimizing loss, maximizing gain and efficiently dissipating heat. Solid-state amplifier designers currently have a wide range of PCB materials to choose from. Sorting through these materials to make a suitable choice for a PA application can require careful comparison of some key PCB material properties, including the relative permittivity (or dielectric constant, εr) and the dissipation factor (tan δ). But many other PCB material parameters must be considered when choosing a substrate for a microwave PA, including thermal conductivity, temperature coefficient of dielectric constant (TCDk), copper surface roughness, tolerance of εr and even the tolerance of the PCB material’s thickness. Understanding how these different PCB material properties relate to microwave PA performance can help in sorting through the many PCB material choices currently available and help enable the design of a microwave PA that not only meets its performance goals, but is dependable and reliable under a wide range of operating conditions. 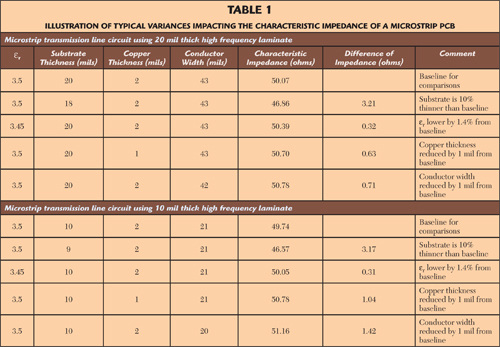 Figure 1 Insertion loss showing the relationship of thickness to dielectric and conductor loss.

Design and fabrication of a microwave PA requires control of a number of different parameters, with impedance control among the most important. Since a microwave PA may interact with or include many different types of components, such as impedance matching networks, quarter-wave transformers and 3 dB quadrature couplers as part of a larger circuit or system, the characteristic impedance of the amplifier circuitry, which is usually  50 Ω, should be tightly controlled. The circuit material εr tolerance is one key material parameter to consider when controlling impedance. Although designers may often assume that circuit material εr tolerance is the most critical material parameter for achieving good impedance control, this is typically not the case. In truth, when using a relatively well-controlled, high-frequency circuit laminate, the εr tolerance will generally be fairly tight and one of the lesser concerns in terms of impedance control. Table 1 provides an example, assuming a 50 Ω microstrip transmission line on a high-frequency circuit laminate with nominal εr of 3.5 and εr tolerance of ±0.05.

Table 1 shows the impact of some common variables associated with PCB technology on the impedance of a PCB-based microstrip transmission-line circuit. It is divided into two groups of data, with the top section for a thicker circuit (20 mil thick substrate) and the lower section relating the same information for a thinner circuit (10 mil thick substrate). Comparing the two groups of data shows that thinner circuits are more sensitive to conductor effects, which means that variations in circuit conductor width and copper thickness will also impact the changes in impedance.

For example, a PCB with plated-through-hole (PTH) technology uses additional copper plated on top of the original laminate copper to achieve the PTH features. The amount of additional copper can vary from circuit-to-circuit and from batch-to-batch of fabricated circuits. Copper thickness plating tolerance of ±0.5 mils is common in the high-frequency industry although some circuit fabricators can achieve and maintain even tighter tolerances. Based on this tolerance value, a 1 mil range in different copper thicknesses for the same circuit design is not uncommon and, as noted earlier, the thinner the circuit material, the larger the impact in terms of impedance variations.

Circuit materials with low insertion loss play a major role in achieving maximum gain in a microwave PCB-based microwave PA. PCB insertion loss is made up of four components: conductor loss, dielectric loss, radiation loss and leakage loss. At lower microwave frequencies, dielectric and conductor losses account for most PCB insertion loss; which of the two parameters is dominant depends upon the thickness of the circuit substrate material. Figure 1 shows three insertion loss charts for 50 Ω microstrip transmission-line circuits based on the same circuit material, although with different material thicknesses. The insertion loss models were generated with MWI-2014 circuit material analysis and modeling software from Rogers Corp. which uses closed-form equations from Hammerstad and Jensen1 regarding microstrip impedance and loss predictions.

The three charts in Figure 1 compare measured and computer-modeled results. The measured insertion loss results were collected using a simple microstrip differential length method,2 which minimized the contributions of insertion loss due to connectors and signal launches. The modeled insertion loss consisted of dielectric and conductor losses and, as can be seen from the plotted data, the modeled data for the total loss agreed fairly closely with the measured results. For simplicity, losses due to radiation and leakage were ignored in this comparison. 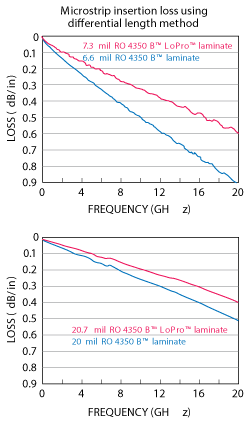 Figure 2 Comparison of smooth and rough copper surface on the same substrate at different thicknesses.

Circuit material insertion loss is a concern for PA designers for a number of reasons, one of which is thermal management. A PA built on a PCB with higher insertion loss will generate more heat per applied amount of RF/microwave power than the same PA built on a PA with lower insertion loss. This heat that is generated contributes to a PCB’s maximum operating temperature (MOT) specification, and the PCB’s MOT should not be exceeded for any prolonged period of time. PA designers typically try to minimize insertion loss with consideration of applied power and frequency to ensure that the MOT will not be exceeded. A thinner circuit can have more insertion loss than a thicker circuit; however, it can also enjoy the benefits of shorter heat flow paths to the ground plane and an attached heat sink to offset the heat generated by the higher insertion loss. Additional electrical-thermal interactions which impact thermal management were outlined in a recent article.4

A circuit material’s TCDk is often overlooked by PA designers, and it is a parameter that greatly affects PA performance if not considered when selecting circuit materials. Quite simply, TCDk is the amount that the dielectric constant, εr, will change with a change in temperature. It is often apparent when a circuit has been operated in a controlled environment, in a laboratory, for example, which provides stable performance. When the PA is moved into the field, where the temperature may be changing and spans a much wider range, the performance of the circuit changes with the change in temperature. The result is a change in εr  which can cause impedance shifts and performance variations. The TCDk parameter provides a way to compare this behavior for different circuit materials. Many PCB-based PAs will generate heat during normal operation and can create their own temperature change in addition to temperature changes from environmental effects. 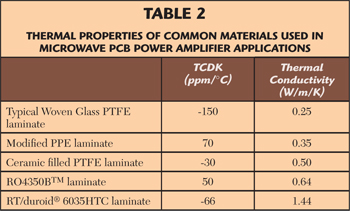 Table 2 shows typical values of circuit materials commonly used for PCB-based microwave PA applications. In general, TCDk numbers closer to zero in a mathematical absolute value sense are more ideal. In terms of thermal conductivity, higher values are better. As a rule of thumb, a good value of thermal conductivity for a PA circuit is 0.50 W/m/K or higher.

Figure 3 Test vehicle configuration to evaluate the use of TECA and its influence on insertion loss.

Thermal management is a critical component for achieving high reliability in any microwave PA, and an important step in this process involves attaching the microwave PA PCB to a heat sink. Several options are available for attaching the PA PCB’s ground plane to a heat sink, including mechanical screw-down fasteners, sweat soldering and applying thermally and electrically conductive adhesive (TECA). Each approach offers its own set of capabilities  and limits. TECA can provide a very uniform and consistent bond without voiding or air gaps. In the past, some TECA materials have had issues with delamination through lead-free solder reflow, or they would suffer changes in electrical properties at elevated temperatures. But the latest generation of TECA materials solved these problems and provided consistent and reliable performance, even at elevated temperatures.

To better understand the use of TECA and its impact on PCB material insertion loss, a simple experiment was performed: a 10 mil thick microstrip transmission-line circuit, TECA, and a thick copper heat sink was assembled in the configuration shown in Figure 3. The transmission-line circuit was initially evaluated for insertion loss using the differential-length method, testing the circuit as a microstrip transmission line without the addition of the TECA or heat sink. The TECA and heat sink were then attached through a lamination process, and the insertion loss was tested with the TECA and heat sink as part of the ground return path, since end launch connectors were used and the ground was being picked up from the bottom of the circuit (the heat sink in this case). Following these measurements, the circuit assembly was subjected to a lead-free solder reflow cycle two times and the insertion loss was tested again. As Figure 4 shows, there is no difference in insertion loss for the microstrip circuit with the addition of the TECA and heat sink, or with the completion of the lead-free solder reflow cycles. The TECA used in this study appears to perform after reflow cycles. 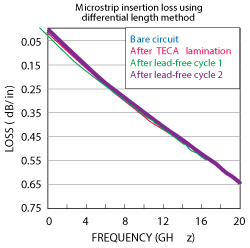 In general, some basic parameters can serve as guidelines when selecting circuit materials for microwave PA applications. A candidate PCB material for a microwave PA should have an εr tolerance that is ±1.5 percent or better, low dissipation factor, low insertion loss (possibly a PCB material with smooth copper), low TCDk and high thermal conductivity. In addition to these recommendations and the circuit fabrication guidelines of Table 1 for minimizing impedance variations, circuits with a conductor width tolerance of ±0.5 mil or better are recommended for microwave PA designs, as well as the same tolerance and value for copper plating thickness.

Printed Circuit Board Materials for Microwave Designs in Automotive Applications