We use cookies to provide you with a better experience. By continuing to browse the site you are agreeing to our use of cookies in accordance with our Privacy Policy.
×
Stay Connected :
Home » Keywords » emergency 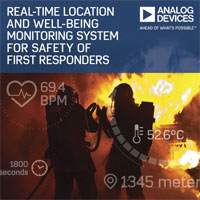 Cobham Wireless announced that its cellular digital idDAS solution is being made available for public safety communications and will be available worldwide in Q4 2016. 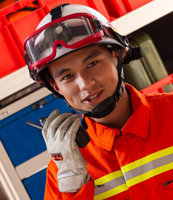 Beijing Just Top Network Communications Co Ltd. has awarded a new contract to Airbus Defence and Space covering the support and maintenance of the Beijing Government Shared Tetra Network, which has been in operation since 2003. This three-year contract includes services such as on-site and emergency support, software maintenance, hardware repair and a help desk.

The MoI of Qatar and Airbus Defence and Space have agreed to partner to develop a Terrestrial Trunked Radio Group Communication over LTE service using the existing LTE and Professional Mobile Radio communication networks of the MoI.

NASA and the U.S. Department of Homeland Security are collaborating on a first-of-its-kind portable radar device to detect the heartbeats and breathing patterns of victims trapped in large piles of rubble resulting from a disaster.