We use cookies to provide you with a better experience. By continuing to browse the site you are agreeing to our use of cookies in accordance with our Privacy Policy.
Home » Zooming Ahead to Atlanta 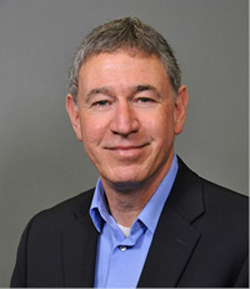 I was at the Satellite show with my colleagues last March when the world as we knew it ended. It was day two of the exhibition and late in the afternoon we received word that day three was cancelled, as large gatherings had just been banned. I flew home that night and have not been on an airplane since.

In the ensuing months, nearly all planned industry events, including the venerable IEEE MTT-S International Microwave Symposium, were either cancelled outright or pivoted to a virtual experience. These events varied in their level of success, but one thing proved true - if you deliver valuable information, people will attend. As an example, IMS drew more than 8,000 engineers, students and exhibitors to its virtual event in August. EDI CON Online in October attracted more than 5,300 unique registrants: a 150 percent increase over 2019. We produced a one-day Power Amplifier Design Forum for a client in November that generated more than 1,600 registrants. People are busy, but they still thirst for knowledge.

This year we hope to see a steady movement toward normalcy. The 2020 European Microwave Week event, first postponed and now virtual, takes place this month. It features its typically strong conference sessions and a more dynamic exhibition platform than many of us have experienced. The 2021 event is planned for London on October 10-15 as a live event. You can submit a paper at www.eumw2021.com.

IMS2021 is scheduled for Atlanta on June 6-11. It is planned as a live event, with some virtual components, still to be determined. It will include some new features like the Connected Future Summit showcasing next-generation wireless technologies for mobility, V2X and IoT and the Automotive Pavilion where the latest automotive radar and autonomous driving technology will debut. IMS is typically a networking mecca, so hopefully we can finally gather together again in Atlanta and catch up with one another.

In the meantime, we have many plans to keep you informed and engaged this year. We launched a new virtual panel series last month, with the debut edition titled, “Will Open RAN Work?”. This month’s panel session is on the “Evolution of the RF Front End” on January 26. Both can be viewed on demand. The editors continue to host their popular Frequency Matters video series and the more recent podcast series, which is both insightful and informative. EDI CON Online moves to every Wednesday in August this year and features tracks on 5G/Wi-Fi/IoT (8/4), PCB/Interconnect (8/11), Signal Integrity/Power Integrity (8/18) and Radar/Automotive/SATCOM (8/25).

This magazine continues to deliver high-quality content in print, digital and mobile formats. You can access it from anywhere and at any time. This month’s theme is the always popular “Radar & Antennas” and features a cover story on the “Design of a mmWave MIMO Radar System” authored by Cadence and VTT Technical Research Centre of Finland. January is always a good time to renew your subscription for the year at www.mwjournal.com/subscribe.

After nearly a year, I am more than ready to get back on an airplane and actually see people in person again. I have had enough Zoom and Teams meetings to last a lifetime. See you in Atlanta, if not sooner!

Looking Ahead to IMS