We use cookies to provide you with a better experience. By continuing to browse the site you are agreeing to our use of cookies in accordance with our Privacy Policy.
×
Home » A Microelectromechanical Switch with Metamaterial Contacts: Concepts and Technology Part II

Editor’s Note: In Part II, the authors look at a new way to reduce stiction effects in the Resistive MEMS switch (metal-to-metal contact) using an artificial engineered structure (metamaterial). As described in Part I (May issue), the combination of a primary shunt switch, DGS structures and secondary shunt switches, is shown to behave like a metamaterial. In addition to this design, metamaterial layers within the design of the switch contacts are proposed to reduce stiction issues in the MEMS switch. Part III of this series will be published in July.

MEMS switches offer inexpensive, high performance solutions but reliability issues arising from stiction in MEMS switching devices can exclude the technology for high frequency applications.1-9 In this article, a new MEMS Switch is reported using an artificial composite structure (or metamaterial) which can produce a repulsive Casimir force between metal and metamaterial structure realized by a high conductivity material.2-5 This approach can resolve the stickiness problem, leading to new fabrication methods in next generation electro-mechanics linked to 5G and IoT applications.

The Casimir force originates from the interaction of surfaces with the surrounding electromagnetic spectrum and exhibits a dependence on the dielectric properties of the surfaces and the medium between the surfaces. Casimir forces between macroscopic surfaces have the same physical origin as atomic surface interactions and those between two atoms or molecules (van de Waals forces) because they originate from quantum fluctuations. In the case of two uncharged metal plates positioned closely to one another and in parallel, a force causing the two plates to move towards one another has been observed.3 Figure 1 shows the Casimir force ‘F’ on parallel plates kept in vacuum. The effective force is F ∝A/d4, where A is the area of plate and d is the distance between the plates.3 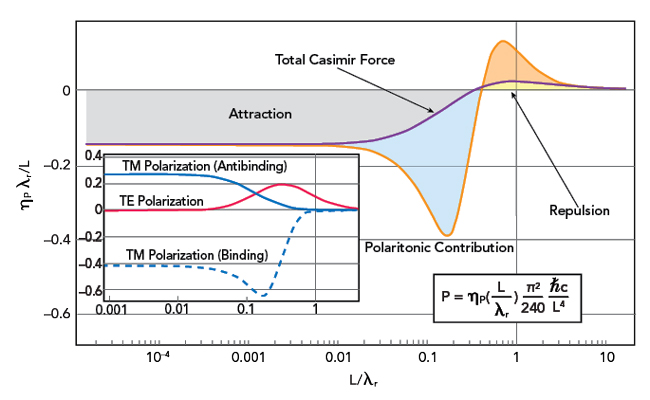 Figure 2 Plots show the region of Casimir Force of attraction and repulsion.4

It is possible to reduce the likelihood of stiction by increasing the bias voltage applied to the switch as discussed in Part I of this article series (May issue). Alternatively, the electric field of the switch can be increased by distancing the top electrode from ground.6 This can be accomplished, for example, by sandwiching the conductive layer (e.g., gold) between two dielectric layers (e.g., silicon oxynitride). Another alternative is to modify the beam to maximize its restoring force without having to increase the bias voltage. Increased restoring force is influenced by parameters such as increased plate size, shortened beam length or increased dielectric thickness. In addition to controlling the distance between the electrode and ground, and controlling the structural parameters of the switch contacts, it is also proposed in this article to weaken or reverse the forces applied to the switch contacts due to their proximity.

Figure 3 Demonstration of the Casimir force in metamaterial structure.2-5

By reducing permittivity between plates, a repulsive force can be produced if the effective permittivity is sufficiently decreased, such as by engineered materials known as metamaterials.7 Thus, generating a repulsive Casimir force can result in even less of a liability for the contacts to become “welded” together due to stiction. Figures 3 and 4 illustrate the repulsive force, described as Casimir effect.1-8 Figure 3 is a force diagram of an experimental setup, in which a plane of metal (2910) is positioned in parallel to a metamaterial (2920). The metal and metamaterial are positioned apart from one another at a distance “d.” The forces illustrated in the setup in Figure 3 are shown using arrows (2930). A force applied to the metal and metamaterial bring the two planes closer to one another. However, application of this force has been observed under the specific conditions of the experimental setup illustrated in Figure 4 to result in a second and opposite force “F” that causes the two planes to separate from one another. Figure 4 shows a typical example of a levitating mirror.5 The repulsive Casimir force of the metamaterial may balance the weight of one of the mirrors, letting it levitate on the zero-point fluctuation.

Figure 4 Demonstration of the Casimir force in metal plates (a) and in metamaterial structure (b).2,5

In the application of a MEMS switch structure, the switch may include a deflectable beam having a shorting bar positioned on a surface of the beam and aligned with the contact of the signal line. The shorting bar may be made of metal, such as a thin layer of gold foil. When the shorting bar touches the signal line, the metal-to-metal contact surfaces may stick to one another in the form of strong adhesion. This adhesion causes undesirable stiction problems, which in turn may cause the switch to be electrically shorted, and it may take a considerable amount of force to separate the shorting bar from the signal line. The MEMS switch generally relies on stresses accumulating in the beam as a result of the beam’s deflection in order to counteract the adhesive forces and to return the beam back to its at-rest or equilibrium position. This counteractive force, which is the sum of the stresses in the beam, is referred to as the restoring force that “restores” the beam to its at-rest position. However, this force is not always enough to counteract adhesive forces between the metal contacts. By providing a metamaterial structure between the metal contacts, the restoring force of the beam can be supplemented using the repulsive Casimir force generated when the shorting bar touches or comes within proximity to the signal line.