We use cookies to provide you with a better experience. By continuing to browse the site you are agreeing to our use of cookies in accordance with our Privacy Policy.
Home » Online Spotlight: Wireless Communication Beyond 5G
6G/5G/Massive MIMO Channel

While the world experiences the rise of 5G, researchers are beginning to think about 6G, the sixth wireless communication generation. In this article, developments and trends in wireless communication are discussed, including visions of 6G and the challenges and technologies based on emerging 5G and Industry 4.0.

We live in a world where the creation and transmission of information has value. The development of humankind is inseparable from information exchange, or communication. How to communicate most efficiently, with respect to speed and cost, affects the pace of human evolution. The 5G rollout is promising and exciting, but it is time to start envisioning the future beyond 5G.1-3

The Evolution of Wireless Communication

Strictly speaking, wireless communication originated with Marconi in 1895, if the ancient beacon-fire is not included. It took nearly 70 years to evolve wireless communication to the first commercial analog wireless cellular standard 1G (see Figure 1). Voice was the main content of 1G, established in the 1970s. In the 1990s, with the development of digital wireless communication technology, 2G was born. It is also worth noting that, 2G is naturally linked to the infant internet. CDMA ushered in the 3G era, and the 4G era is where the mobile internet is now flourishing and developing. Mobile payment is also booming in 4G; worldwide annual mobile transactions topped 20 trillion dollars in 2018, more than the USA's GDP.

The 5G concept and Industry 4.0 were both proposed around 2014 at almost the same time, making them interconnected and somewhat parallel to each other in development. Industry 4.0 ushered in the age of intelligent manufacturing.4 Everything connected as the core of the fourth industry revolution is dependent on 5G and beyond. 5G, with massive MIMO, mmWave and the IoT, makes it possible to realize the internet of everything.3 The six-level Matryoshka doll in Figure 1 illustrates the evolution of wireless communication from Marconi’s shortwave to 5G in one picture. 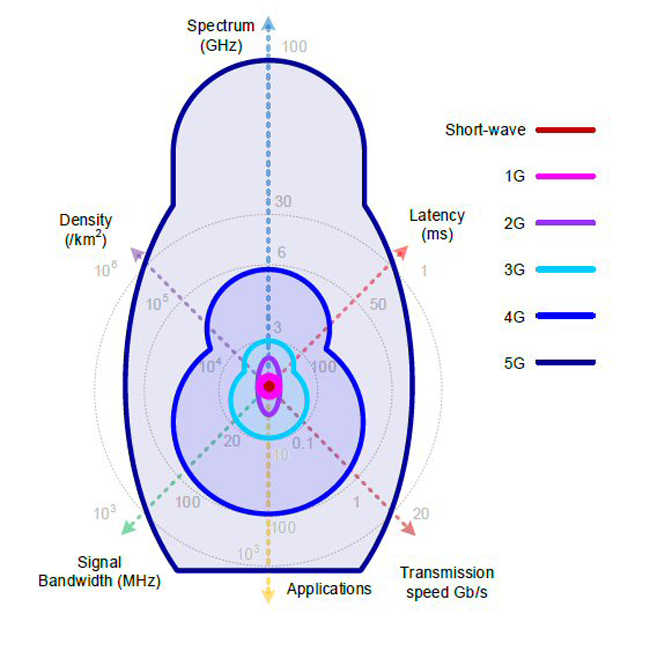 Figure 1 The evolution of wireless communication systems from shortwave to 5G.

THE PROMISE OF 6G

In a 1926 Colliers interview with Nikola Tesla, he stated that “When wireless is perfectly applied, the whole earth will be converted into a huge brain…When the wireless transmission of power is made commercial, transport and transmission will be revolutionized…” He accurately predicted the development of wireless communication a century later! It is time now to begin moving beyond 5G with new architectures incorporating new services and technologies to realize this vision.

The promise of 6G is that it will make our planet an intelligent “giant.” With the support of massively integrated electronics and mechanical devices, the “body” of the giant will be built, artificial intelligence (AI) technologies will provide the body with a “brain” and 6G networks will connect the entire body to the brain by operating as “neural networks.” Distributed AI-defined wireless “blockchains” will be capable of providing conditioned reflexes to external stimuli. The giant will be ruled by relevant new scientific ethics. 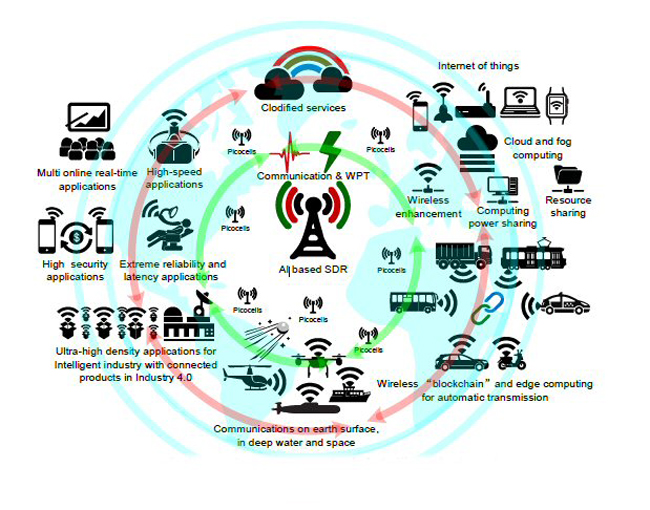 Figure 2 Vision of an all wireless connected intelligent planet.

The RF spectrum is a non-renewable resource. Although, in theory, it has no upper limit, due to the state of current technologies the range of available spectrum is limited and cost increases exponentially with frequency. Since all wireless services need to occupy a portion of the spectrum, this resource is becoming more and more scarce.

From 1G, 2G, 3G, 4G and now again to 5G, the wireless communications spectrum has been expanding to higher frequency bands; 5G is growing from sub-6 GHz to mmWave, while the next evolution may enter the terahertz regime. Simply raising the upper frequency limit is not necessarily the best solution; instead, maximizing value with limited spectral resources has become the preferred approach.

Software-defined radio technology can automatically detect available wireless channels, then program and configure its transmission or reception parameters, dynamically, to enable more concurrent wireless communications. Thanks to massive MIMO, which largely reduces transmitter power level in the RF chain from the order of 10 W to 1 mW, and new semiconductor technologies, it is possible to realize an all-digital transmitter; the rapidly evolving capabilities of high-frequency digital electronics render practical many processes which were once only theoretically possible. Picocells and femtocells at higher frequencies offer solutions for large density and high-speed applications at smaller ranges, mitigating the limitations of path loss, diffraction and penetration at mmWave frequencies. To meet future requirements, more radical RF technologies like orbital angular momentum communication, quantum communication and visible light communication are being considered.

Wireless communication between electronic devices is no longer dependent on intricate cables or fibers, while WPT offers the possibility to cut the shackle to the power supply. At a time when battery technologies, including capacity, life and size are struggling to meet the needs of mobile electronic devices, a broadcast system for simultaneous wireless communication and power transmission is an enabling technology for 6G. This eliminates battery cost as well as space for the battery and related electronics. Moreover, charging or changing of the battery will no longer be required.

This is not an entirely new concept. As early as the beginning of 20th century, Nikola Tesla put forward the idea of wireless energy transmission; he stated: “When the wireless transmission of power is made commercial, transport and transmission will be revolutionized…” Now, after nearly 100 years of development, there are already many wireless transmission technologies, roughly divided into two categories: resonate coupling and electromagnetic (EM) radiation.

High intensity electromagnetic waves not only affect the operation of some high precision electronic devices, but may also have an impact on humans, animals, plants and the natural environment. Electromagnetic radiation in nature is distributed in the form of white noise; however, the massive application of electromagnetic technologies has changed the distribution of the noise spectrum.

Computer Science and Engineering
AI is considered the most promising enabling 6G technology.1, 7 It has been applied in robotics, economics and political decision-making, control and simulation systems. We are already surrounded by AI such as intelligent search engines and smooth-talking AI assistants. Since Garry Kasparov, the former world chess champion was defeated by ‘Deep Blue’ in 1997, AI has been overtaking humans in field after field. Twenty years later, AlphaGo defeated the best Go player Ke Jie in 2017; Go is considered the most complex board game in the world with even more variables than the stars in the universe.