We use cookies to provide you with a better experience. By continuing to browse the site you are agreeing to our use of cookies in accordance with our Privacy Policy.
Home » Antenova Shipping 3G, 4G/LTE Antennas for Smallest PCBs
Cellular 4G/LTE Channel European Industry News Industry News The Integra antenna is designed for European markets.

Antenova Ltd., is now shipping its two newest antennas, Integra and Inversa, which are designed specifically to perform in 3G and 4G diversity applications with very small PCBs. At 3.3 mm high, the antennas are ultra-compact, so they can be used in slim-line devices that will be unobtrusive in use, such as small tracking devices, on-board diagnostics, 4G Mi-Fi routers, medical equipment, tablets, MIMO systems, femto- and pico-calls and remote monitoring.

The antennas perform efficiently with a small ground plane and can even be used on PCBs as small as 65 mm. Where the PCB is smaller than 75 mm, Antenova provides an additional active tuning circuit to overcome bandwidth reductions.

The antennas are designed to work singly or in pairs for MIMO and diversity systems. They have beam steering, which gives good isolation and cross correlation and are claimed to provide faster downloads in diversity applications. 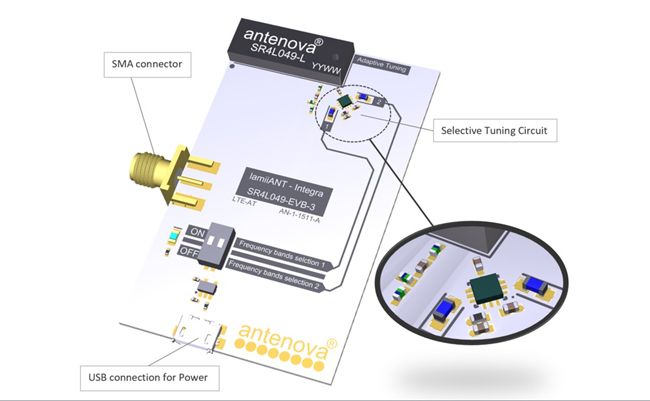 The antennas are made in left and right versions: the Integra antenna, part numbers SR4L049-L and SR4L049-R, and the Inversa antenna, part numbers SR4L034-L and SR4L034-R. One or two antennas can be used on a PCB, placed in a left or right corner on any side of the PCB. This gives designers many combinations and options for placing them in a design, while leaving space for other components on the board. The ‘keep-out’ area around the antennas is minimal, allowing them to be placed close to other components. 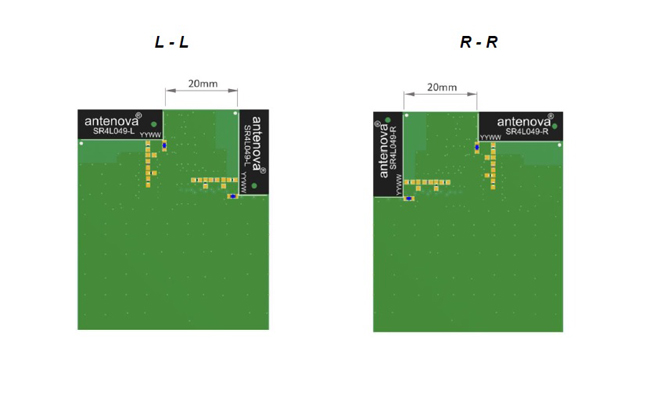 The antennas can be used in diversity pairs in a number of different positions.