We use cookies to provide you with a better experience. By continuing to browse the site you are agreeing to our use of cookies in accordance with our Privacy Policy.
Home » Programmable SoC with RF Data Converters for 5G
6G/5G/Massive MIMO Channel 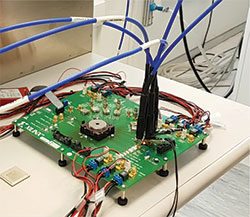