We use cookies to provide you with a better experience. By continuing to browse the site you are agreeing to our use of cookies in accordance with our Privacy Policy.
Home » Improving Wireless Military Communications Systems Using Real World Field-to-Lab Testing
Aerospace and Defense Channel

Seamless communicationis critical to the successful execution of military operations, but ensuring reliability from communications systems and devices is rapidly becoming ever more difficult. More protocols, more frequency bands and more applications alladd to the complexity of developing and testing military communications equipmentso that it performs with an advanced degree of reliability in the field – and ensures both mission success as well as the safety of the military personnel that depend on it. However, ensuring the latest tactical radio systems consistently perform as expected presents a number of unique challenges given dangerous battlefield conditions and the often harsh, remote terrains where military communications systems must operate.

Traditional laboratory-based wireless device validation methodologies use channel emulation technology in conjunction with industry-approved, standards-based channel models.  These statistical representations of channel conditions are extremely useful in modeling a generalized set of RF environments needed for testing and certification, however, they do not capture the unique transient conditions experienced by a device as it physically moves through the real world. However, understanding the real world performance limitations of a device in the field isimperative for military users and can be key to mission success.

For device validation, commercial and non-commercial network operators alike typically field test the device prior to deployment. The network operator will often choose representative drive routes to use for testing. Field testing may include thousands of drive tests. Driving these segments is time-consuming and expensive, and,since the radio environment changes with both time and location, must be performed at specific times to ensure comparable field conditions. When it comes to testing communications equipment that will be used for military applications, drive testing is even more challenging as the routes can be dangerous or virtually inaccessible. Duplicating the same conditions during various rounds of drive testing in order to debug and validate the equipment can prove nearly impossible.

The introduction of new Field-to-Lab test methodologies (see Figure 1) has the potential to revolutionize the way non-commercial radio systems are tested prior to deployment by replicating real-world conditions in the lab, using field-collected data in conjunction with channel emulation technology. This capability can effectively be tailored to develop custom test beds and test plans uniquely suited to military requirements. Field-to-Lab testing can also be performed at multiple stages in the product development lifecycle including R&D, product development, testing, pre-and post-deployment, and across multiple laboratories. 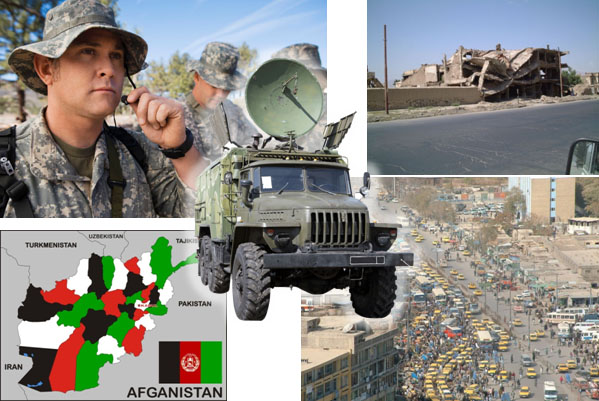 Figure 1. Azimuth’s Field to Lab allows the mapping of actual RF field data into a lab based test bed for effective recreation of field condition

Network issues such as reduced performance and dropped calls may be caused by coverage limitations or, perhaps, by network load, configuration issues or poor performance of specific devices under certain conditions. In military scenarios, communications issues can be the difference between life and death. Using field-to- lab testing, engineers can virtually go directly to the scene of the problem, even if it’s in another country, and then replay the scenario to evaluate the issue with sophisticated analysis tools—all from the safety of their test lab. The same data can later be used to evaluate new devices under the same problematic conditions.

A critical part of the field-to-lab test methodology involves analyzing drive test logs and conditioning the data for playback in the channel emulator. The log file allows the engineer to easily visualize the data collected in the field, and contains valuable information such as the duration of the drive test, location, or how many basestations or sectors are visible at any time. The tools should also present the data to the user in an easy to understand format. This could be built from map databases and GPS recordsfrom the logged data overlayed with drive test data and statistics to enable users to envision where the route is and where surrounding infrastructure may be located (Example shown in Figure 2).  In addition, the log may include the actual data collected on signal strength, velocity, noise levels and propagation conditions. Users then “map” the data by selecting what the relevant signals to be used when replayed back in the lab test bed. 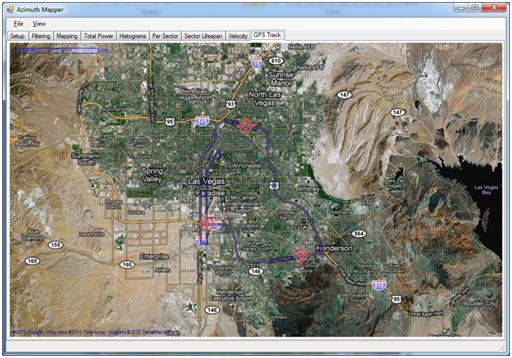 Since drive test tools were designed for different purposes, the detail and accuracy of the data may not be perfectly suited to real-time playback. Thus, the mapping software may also smooth data transitions or fill in blanks if data is missing. All of these conditioning steps are user-configurable. Once all of the data is collected, conditioned, mapped, and analyzed, the result characterizes the channel conditions between the device under test (DUT) or handset and the multiple basestations or sectors in the network. This is based on real network conditions seen at a specific place in a real-world deployment. The data can be streamed in real time to the channel emulator, usually situated between the DUT and a representative number of basestations in the lab. Figure 3 shows an example of a raw drive test log compared to the final playback data after the data is mapped, filtered, and conditioned. 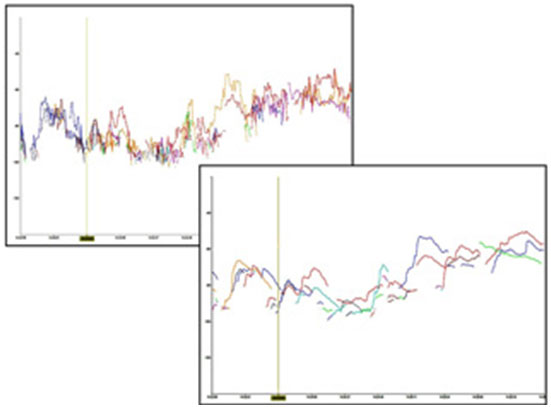 The extracted and filtered RF parameters can then be replayed on channel emulators that are part of a network test bed. The data in Figure 2 was intended for playback on a network test bed consisting of multiple 2x2 MIMO basestations both of which would transmit/receive data from a single mobile device.

Armed with actual drive test data collected in the field, field-to-lab test methodologies allow testers to more accurately recreate additional elements that are important in lab-based network testing that have never before factored into testing. These variables include rapid variation of signal strength; the fact that multiple sectors are visible to the user in most real deployments; and the fluctuating speed of the device or the rate of change of air-effect phenomena.  Until now, lab testing typically ignored these parameters.

THE VALUE OF AUTOMATION

Automation is a necessary component in field-to-lab testing since most laboratory testbeds are complex and have many components that need to be controlled/configured -- and also because there is a significant amount of data to analyze. Ideally, automation will reduce the need for manual intervention/operation to such a point that the user would be able to kick off a test case at the click of a single button; and have all the results presented when the execution is done.

Today, there are field-to-lab solutions that allow users to automate the entire testbed in a modular, non-programming environment, enabling even novice users to write automation modules. With full end-to-end automation, the entire testing process from initializing the equipment to collecting the results is done automatically. Full automation also facilitates the setup of test suites so that a series of tests can be run one after another. The open, simple and powerful architecture of this type of automation also means that users can share it not only within their company, but also across the entire supply eco-system, helping drive consistency in the way things are tested.

Automation also plays a significant role in improving product quality as the savings allow users to do more testing, while reducing the chances of human error in the test process. Automation makes testing more affordable, increasing the number of people/amount of testing that gets done -- which is beneficial to everyone involved from the company, its ecosystem, and to the military personnel who ultimately receive higher-quality products in less time.

In summary, by utilizing measurements of field data and playing it back through a wireless channel emulator, R&D and QA engineers and operators can truly test device performance against the dynamics of the field before ever deploying products for use in the real world. This dramatically reduces the need for drive testing and ensures products will consistently deliver as expected in the field – in the heat of battle, reliable communications are critical!