We use cookies to provide you with a better experience. By continuing to browse the site you are agreeing to our use of cookies in accordance with our Privacy Policy.
Home » Blogs » Judy Warner » RF/Microwave design….and All That Jazz

Judy Warner is the western regional and RF/microwave market director of business development for Zentech Manufacturing, a contract manufacturer that offers fully integrated supply chain solutions for mil/aero, RF/microwave and medical markets. Zentech is based in Baltimore, MD near the high technology corridor of the Mid-Atlantic/Pentagon region. Judy has over 20 years of experience in the electronics industry, and has spent the past four years focused exclusively on RF and Microwave technology solutions. Judy also sits on the advisory board of eSurface technologies and contributes articles to a variety of microwave and electronic industry trade publications, including 3 years as a contributing guest blogger for Microwave Journal.

RF/Microwave design….and All That Jazz

Hands down, the number one reason I have enjoyed working in and around the RF industry for the past several years has been the intelligent, interesting and colorful people I have come to know. Strangely enough, many of those relationships began on Linked In. Last fall, I connected with an RF/MW designer via Linked In that appeared to share some common area of interests. I also noticed he was located in nearby San Diego—just a couple hours south of me here in Orange County. We swapped emails and promised to have a phone call when time allowed. Well, like most busy professionals, we kept putting it off. Finally, we spoke in early January. The more we learned about each other’s work, perspectives, and interests--the more the sparks began flying! We followed up our call with a lunch meeting a few days later.  3 ½ hours later….we parted with enthusiasm, both knowing we’d found a new friend and kindred spirit.

Well, like all good things I stumble upon I knew immediately I had to share him with you! Norm Swanberg has been designing RF/MW products since 1973, and has enjoyed a long and illustrious career. Yet with all that tenure, he is one of those ageless souls that stays current and engaged with today’s world and emerging technologies. In addition to his professional interests, Norm is a Jazz fanatic. In fact, he is a part-time evening DJ on an award winning, non-commercial jazz station in San Diego, KSDS-FM.

During our very, very….VERY long meal, I asked Norm if he would help me blog about some of the design issues that typically plague RF engineers and designers. He graciously agreed. So, in the months ahead, you will be benefitting from Norm’s deep knowledge and hard-won wisdom, in harmony with and in relation to the perspectives I have on PCB fabrication and assembly. But, before we go there, I wanted to first introduce you to Norm Swanberg and let you get a glimpse and sense of my new-found friend and cohort:

“So, Norm tell us a little bit about your education and background in RF/MW design?”

“Educationally, as an undergrad, I attended one of the Ivies back East, Brown University, where I received a Sc. B. in Physics and even spent a year in grad school in the same discipline.  Somewhere along the way I came to the conclusion that I really wanted something a little more practical for my career path than becoming the next “Quantum Mechanic.”

I left grad school, travelled around the country for 4 months in my little VW bug, and when I returned to the Boston area, I sort of backed into a job at Microwave Associates. My boss suggested it was probably a good idea to finish my Master’s degree with a little more practical focus, which I did nights at Northeastern while working full time. When I finished my Ms. E.E., I decided to venture out, inspired by my little odyssey a few years earlier. I ended up in the LA area doing mm wave R&D, which eventually led to me moving to San Diego along with the crew founding a new TRW facility here. Most of my early career, like many other RF guys in this time frame, worked predominantly in the military sector covering everything from basic research, to R&D, to straight up design for full-on production. Hungry for new challenges, I jumped on opportunities in the burgeoning wireless industry where I have worked on CDMA, WCDA, Ultra Wideband, hand set development, mm Wave “Last Mile” solutions, commercial modem development, etc.”

What has kept you excited and engaged in the industry for so many years?

“I have always loved challenges, and I have always enjoyed exploring new things and ideas. Along the way, I have had the great fortune of working with some VERY smart people and I have had a broad spectrum of opportunities from doing pure research, where I spent 90 % of my time reading and simulating and crunching simulations on the computer, to the daily challenges of supporting a production line and the real-world challenges of actually making circuits operable, producible, and shippable at a profit.”

“You are now consulting full time and have your own company, Dome Resonators. Tell us about some of the companies you’ve worked for in the past. Also, what inspired you to make the shift away from “corporate” and start your own company?”

“Well, to start with, I worked at Microwave Associates, that evolved into M/A-COM, then eventually Tyco and Cobham and Alpha Industries, doing Gunn Diodes and GaAs applications...an industry that has evolved into Skyworks.

I also worked for Hughes Aircraft and TRW (currently Northrup Grumman) in the military R&D areas. With IBM, I was the system lead for WCDMA chip set development where I had the great opportunity to do business travel in Europe and Japan. And, of course, there were the series of startups along the way, with the rest of the wireless community, hoping to make our fortune. Some of us did, many of us didn’t!
Along my professional journey, I kept getting approached to do little RF consulting jobs through colleagues in the industry.  Eventually, the number of possibilities grew along with a personal desire to have more control over my own time and destiny than the corporate world provided at times.”

“You’ve seen many changes over the years in this industry, tell us a little about the trends you’ve observed—the good, bad and the ugly, so to speak.”

“It’s kind of funny because I remember early in my career having an older engineer ask me, somewhat pessimistically, if I thought there really was a future in this RF stuff. Little did he know that those RF applications were a pretty darn good training ground for the wireless revolution that eventually emerged. Now the opportunities seem almost limitless.   But in that timeline, the RF/Microwave went through some pretty tough peaks and valleys, especially when most of the work was tied to military/defense spending. One of my toughest jobs as a manager during those periods was actually having to decide people’s fate and telling people face to face we had to let them go.

I’ve loved the wireless boom, working on products that everyday people use every day. There is real satisfaction in seeing something you designed actually in use. And travelling abroad, especially in Japan was both professionally, personally, and culturally rewarding. I have colleagues in Japan that I still stay in touch with over ten years later.”

“Tell us what you can about current projects you are working on—and what kind of work inspires and challenges you?”

“These days I’m a bit of a Paladin, for those of you who remember the old TV series, Gunsmoke-- “Have Gun, Will Travel!” I’ve been working on a mix of commercial and military contracts, optimizing quadriplexers for commercial set top boxes, leading a team designing a military Telemetry receiver, and I’ve been doing more and more EM simulation and co-simulation work to get circuits to work more consistently on first pass by factoring the actual boundary conditions and physical elements of the RF circuitry as laid out on the PCB. Good stuff!  And quite recently, I did some work on some Google consumer electronics… but I would have to kill you if I told you what it was exactly!” 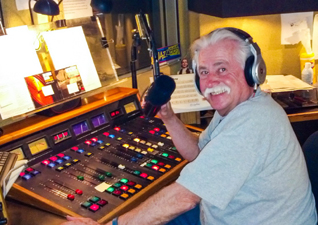 “Tell us a little about your love for Jazz and your part time vocation as a Jazz station DJ.”

“Sometimes, it’s those little accidents in life that have the most profound impact. I went to the Newport Jazz Festival during a period when what was referred to as Fusion Jazz was emerging. To appeal to a younger crowd and to demonstrate the connection between this emerging genre and traditional jazz, the promoter, George Wein, offered an evening of Jazz Rock with Blood, Sweat, & Tears, Jeff Beck (with Rod Stewart as his vocalist at the time) and a variety of others. I had my “Jazz Epiphany” with Rashaan Roland Kirk, a blind saxophonist who came on stage with a stove pipe hat decorated with the stars and stripes, and about 4 saxophones strapped around his neck (he sometimes played 2 or 3 at once!). I was so wowed by the music and the INCREDIBLE musicianship of the jazz players that I started studying and listening and have never looked back.

Again, as a happy accident, I met a DJ from KSDS at a concert in SD one night, and I inquired about volunteering at the station. He told me all their volunteers came out of the SD City College Radio and TV program, so I promptly enrolled. As I got further along I realized if I kept going I could audition and get on the air and I have been a DJ with the station since 1990. Over the years we have been named the #1 Jazz station in the country several times including in 2011 and 2014 by Jazz Times magazine. The whole experience is wonderful and I have had the great opportunity to meet and interview artists like Dave Brubeck, Ahmad Jamal, Chick Corea, Pharoah Sanders, Delfeayo Marsalis, and many more. Life’s a blast, isn’t it?”

“Norm, thank you so much for giving the Microwave Journal readers a chance to learn about you, and for your willingness to share your knowledge, experience and wisdom in this industry. I really look forward to collaborating on some great future blogs!”

“My pleasure, Judy, I look forward to it!”

Look forward to more blogs and seeing you all at IMS 2015!

Great Article. commentary . I am thankful for...

Hi Judy, It's certainly an exciting technology but...