We use cookies to provide you with a better experience. By continuing to browse the site you are agreeing to our use of cookies in accordance with our Privacy Policy.
Home » Understanding IEEE 802.11 and Wi-Fi Standards
Broadband Channel

In April 2020, the Federal Communications Commission (FCC) announced the allocation of new unlicensed frequency bands in the 6 GHz microwave spectrum. This initiative came following moves from the Wi-Fi Alliance™ and the emergence of the next-generation Wi-Fi standard called Wi-Fi 6E, a follow-on to Wi-Fi 6. As this dynamic unfolds it represents all new opportunity for innovative wireless engineering and manufacturing companies to develop evolved Wi-Fi systems and devices that offer the multi-gigabit wireless speeds and lower latency devices that are in high demand. In parallel, wireless test and measurement equipment design teams are responding with unique and versatile signal generation, attenuation, switching, and phase generation devices and instruments that offer the RF testing features and capabilities needed for the research and development of these Wi-Fi components to come.

Wi-Fi 6E Certified Devices Must Be Able to Operate at Previous Wi-Fi Frequencies
The new Wi-Fi 6E spectrum has been segmented into (14) 80 MHz and (7) 160 MHz RF/microwave frequency bands between 5.925 GHz and 7.125 GHz. But while this 1,200 MHz of bandwidth is an exciting region to develop within, one critical design factor that is necessary is that any new Wi-Fi 6E device must be backwards compatible to Wi-Fi 3, 4, and 5 frequencies, as well. This means that new Wi-Fi 6E devices must be triple-band 6 GHz/5 GHz/2.4 GHz devices, capable of operating on all three bands simultaneously. Moreover, one of the goals of Wi-Fi 6E is to improve the performance of wireless devices in environments with many connected devices, handling both interference and congestion.

To achieve all of this, Wi-Fi 6E relies on improvements to existing technology, as well as the introduction of new technology. Among things being revisited are Multi-User Multi-Input/Multi-Output (MU-MIMO), 1024 quadrature amplitude modulation (1024-QAM), and transmit beamforming. MU-MIMO was previously available only for downstream connections and allowed for a device to send data to multiple receivers at the same time; Wi-Fi 6E adds MU-MIMO capabilities to upstream connections as well. This allows more simultaneous devices on one network. Another emerging technology is Orthogonal Frequency Division Multiple Access (OFDMA). OFDMA can transmit data to multiple devices at the same time, splitting traffic into smaller packets to eliminate queueing. 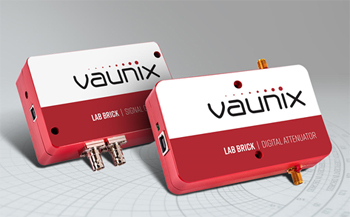 These new capabilities bring additional testing considerations, especially for RF development, certification, and automated testing. The new Wi-Fi 6E frequencies extend to 7.125 GHz, which is well beyond the frequency capacity of most equipment commonly used for Wi-Fi testing. Additionally, other benefits of the new wireless standard include increasing the number of transmit beamforming streams to eight and, improving network range and throughput. Increasing complex beamforming and MU-MIMO mean that a given Wi-Fi 6E device can demonstrate a near-infinite combination of beamforming and MIMO states. Lastly, higher order modulation and access technology further complicates RF testing and requires much greater resolution test equipment that is also able to rapidly change states to accommodate high-speed and compressed testing protocols. Most RF test equipment is not designed to fulfill these needs, at least not in a low-cost and compact package. Wi-Fi device designers are learning more and more to adapt to portable USB or Ethernet programmable devices that fit their needs and their budgets more readily.

IEEE Society has Simplified the Current 802.11 Standards
A long-held argument regarding Wi-Fi standardization has been that the original nomenclature for the naming of IEEE 802.11 Wi-Fi standards was far from intuitive as each generation was announced. RF/microwave engineers without intimacy of the standards can breathe a sigh of relief that a numerical system has been adopted. As a reference, these standards are cross-referenced and defined below.

With the June 1997 approval of the 802.11 standard, allowing for operation in the 5 GHz frequency, and offering data rates up to 54 Mbps, 802.11a, as mentioned above,  came out later than 802.11b, causing some confusion in the marketplace because design engineers, technicians, and system installers expected that the standard with the "b" would be backward compatible with the one with the "a", as opposed to vice versa.

The first standard to specify MIMO, 802.11n was approved in October 2009. It allows for usage in two frequencies - 2.4 GHz and 5 GHz, with speeds up to 600 Mbps. Wireless LAN and other Wi-Fi vendors use the term “dual-band” to refer to being able to deliver data across these two frequencies.

As an example, many home wireless routers today are 802.11ac-compliant and operate in the 5 GHz frequency space. This standard supports data rates up to 3.46 Gbps. Some vendors include technologies that support the 2.4 GHz frequency via Wi-Fi 4, or 802.11n, providing support for older client devices that may have 802.11b/g/n radios, but also providing additional bandwidth for improved data rates.

Not to be confused with its operating frequency, Wi-Fi 6 is the latest generation of wireless protocol offering bands at 2.4 GHz and 5 GHhz. Also known as 802.11ax or AX Wi-Fi, this standard offers improvements over Wi-Fi 5 (802.11ac) and is aimed at overcoming congestion issues caused by multiple devices sharing the same signal. Devices here operate at speeds up to 40-percent faster (9.6 Gbps) than Wi-Fi5.

In short, Wi-Fi 6E is the name of a new extension to the existing Wi-Fi 6 (802.11Ax) standard. In this case, there is a fortuitous resemblance of the standard to the operating frequency of 6 GHz (more specifically 5.925 GHz - 7.125 GHz). As such, W-Fi 6E offers the features and capabilities of Wi-Fi 6—including higher performance, lower latency, and faster data rates—extended into the 6 GHz band. Rapid development of products has already begun, with Wi-Fi 6E devices expected to become available quickly following 6 GHz regulatory approvals. This additional spectrum capacity enables more Wi-Fi innovation and delivers valuable contributions to consumers, businesses, and economies.

Summary
Wi-Fi 6E provides optimal spectrum capacity, contiguous spectrum blocks to accommodate 14 additional 80 MHz channels (or 7 additional 160 MHz wide channels), and a spectrum less congested from legacy Wi-Fi 4 and Wi-Fi 5 devices. Wi-Fi 6E utilizes the newly assigned 6 GHz frequency band to enable high-bandwidth applications that require ultra-fast data throughput and low latency connectivity. Portable and USB programmable wireless test devices, such as those offered by Vaunix and others, will expedite time to market for Wi-Fi 6E device designers and equipment manufacturers. By providing testing and simulation engineers the nimble and versatile tools they need to create everything from routine wireless test stands to highly integrated hand-over test platforms that can cover all of the Wi-Fi/802.11 standards, rapid and more efficient development can occur.