We use cookies to provide you with a better experience. By continuing to browse the site you are agreeing to our use of cookies in accordance with our Privacy Policy.
×
Home » Self-Interference Cancellation for Co-Located TDD Radios Sharing the Same Band

A self-interference canceller on a chip enables real-time software programmable suppression of the interference a transmitter presents to a co-located receiver, even if the two radios operate with zero guard band between them. This allows unprecedented densification and spectrum utilization in every RF environment.

A Boeing 787 Dreamliner has more than 20 antennas protruding from its fuselage, with multiples operating in the HF, VHF and UHF bands (see Figure 1). To minimize interference between radios using the same band, their antennas are spread around the airplane to maximize the isolation among them.1 Nowadays, nearly every military platform packs multiple radios and antennas: satellites, planes, ships, ground vehicles, drones - even the backs of soldiers, which carry tactical manpack radios. The smaller the platform, the closer the antennas and the stronger the interference. 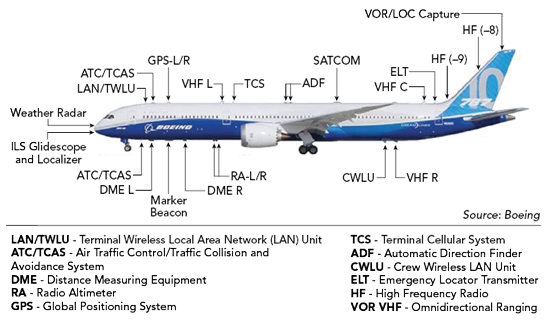 Figure 1 Electronics and 8x8 dual polarized panel (left); Horus truck with an array of panels (middle); future application that employs a multitude of panels and leverages the scalable architecture (right). 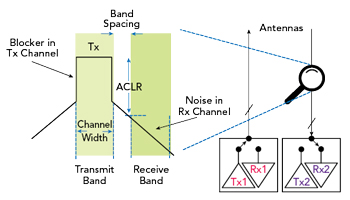 The conventional solution is to use RF filters to block the transmission of one radio from affecting the receiver of another. However, filters are plagued with many problems: they are in the RF path of the receiver, affecting its noise figure. The sharper the desired frequency response, the larger and heavier the filter. On moving platforms, weight and size are at a premium, especially if the “platform” is a soldier’s back. The filter is static; it can never adjust its passband or stopband, which represents an impossible problem for frequency-hopping radios that share the same band and hop across the entire band. As good as a filter might be, it still requires a certain guard band, since the cutoff response is never perfect, resulting is some unutilized channels near the transmitter.

This problem affects every RF environment. In the 2.4 GHz ISM band, Wi-Fi transmissions often desensitize the receivers of co-located IoT radios, such as Zigbee or Bluetooth Low Energy (BLE) or co-located Bluetooth receivers for audio streaming applications.2 This, for example, is why Bluetooth speakers typically do not share the same enclosure as Wi-Fi access points. Similarly, in the 5 GHz ISM band - and soon the 6 GHz band - multiple co-located Wi-Fi radios never share the same frequency segment. The so-called Wi-Fi mesh devices always ensure that one Wi-Fi radio is limited to the lower part of the 5 GHz band (UNII-1 and UNII-2a), while the other is confined to the upper part of the band (UNII-2c and UNII-3). This scheme works by using the 160 MHz gap in the middle of the 5 GHz band. With the projected release of UNII-4 and higher frequencies in the 6 GHz band, this approach is likely to fall apart. 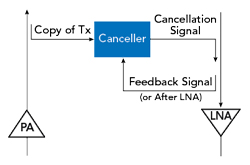 As 5G networks migrate from FDD to TDD, they will suffer self-interference from co-located radios. An AT&T radio operating in physical and frequency proximity to a Verizon Wireless radio will interfere with each other unless the radios are synchronized to transmit and receive at the exact same time, all the time.

This article describes a self-interference cancellation solution to the co-existence challenges of co-located radios operating on nearby frequencies.3