We use cookies to provide you with a better experience. By continuing to browse the site you are agreeing to our use of cookies in accordance with our Privacy Policy.
Home » Celebrating Industry Diamond Anniversaries 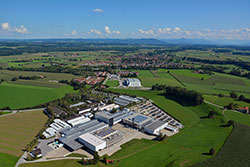 Rosenberger was founded by Hans Rosenberger Sr. in Tittmoning, Germany and is still a family-owned enterprise. In 1968, the company moved to its current headquarters in neighboring Fridolfing and entered the high frequency technology sector. In the 1970s, high frequency products became Rosenberger’s main source of revenue and started large scale manufacturing of miniature connectors. The 1990s saw a rapid expansion with offices opening in the U.S., South America, China and Singapore.

Worldwide, the Rosenberger group operates manufacturing and assembly locations as well as Rosenberger sales offices in Europe, Asia and North and South America, where about 10,000 employees develop, produce and sell its products.

Since the summer of 1958, when Chuck Swift, founder of C.W. Swift & Associates, opened his doors for business, the company has focused on quality and customer service. For 60 years, C.W. Swift has specialized in the distribution of quality RF and microwave electronics. Currently, under the leadership of his two sons, the company continues to provide outstanding customer service along with a wide selection of products, both hard to find items as well as those available through in-stock inventory. 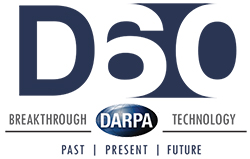 DARPA—Technology Development for the US

The launch of Sputnik 1 by the Soviet Union in 1957 had a great effect on the U.S. science and technology community. On February 7, 1958, four months after the Soviet launch boosted the intensity of the Cold War, Secretary of Defense Neil McElroy established the Defense Advanced Research Projects Agency (DARPA), with the approval of President Dwight D. Eisenhower. Its creation is as much attributed to a reaction to the Sputnik launch as it was a way to advance Department of Defense (DoD) technology. Their mandate was “to provide within the DoD an agency for the direction and performance of certain advanced research and development projects.” Over the years, DARPA has developed many technologies that have benefited everyday life from the invention of the Internet to miniature GPS to UAVs.

DARPA has advanced RF/microwave technology with programs such as the MIMIC program that commercialized GaAs ICs, the Nitride Electronic NeXt-Generation Technology program that advanced GaN device technology, the Innovative Vacuum Electronic Science and Technology (INVEST) program to develop the technology base for new generations of more capable vacuum electron devices and the DARPA Grand Challenge, which is an annual competition for autonomous vehicles. Last year, DARPA announced their Electronics Resurgence Initiative’s latest investments to keep electronics advancing along with Moore’s Law, while still keeping costs and investments at a reasonable level—continuing to be very active in supporting the electronics industry.

In September 2018, DARPA will highlight their achievements at a symposium called D60: Breakthrough Technology; Past, Present, Future. According to DARPA, the goals of the event are to strengthen and expand their innovation ecosystem—academia, industry and government partners—inform stakeholders about DARPA’s vision and priorities and learn from the Agency’s ongoing record of achievements and experience in the challenges of transforming new technology into today’s technology. The event will feature plenary sessions, technical office sessions, technical breakout sessions, an exhibit, an anniversary dinner and DARPA Riser Presentations that will be presented by the next generation of innovators at the organization. 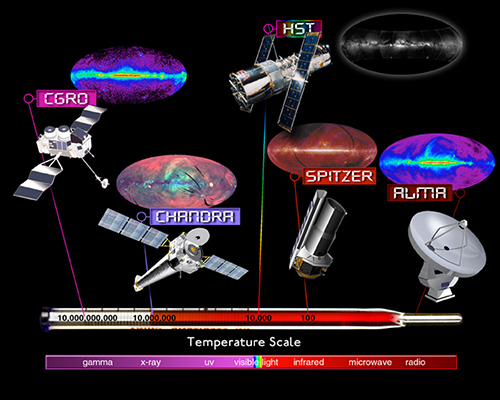 Sputnik’s launch also led the U.S. government to focus and consolidate space exploration programs in different agencies and on January 31, 1958, the Army launched Explorer 1. The satellite measured and sent back data on temperature, micrometeorites and cosmic rays. With this success, Congress and President Eisenhower created the National Aeronautics and Space Administration (NASA) late that summer and NASA was officially launched October 1.

In 1960, NASA launched the world’s first weather satellite, the Television and Infrared Observation Satellite (TIROS); today, the U.S. has an extensive fleet of weather satellites operated by the National Oceanographic and Atmospheric Administration (NOAA). In 1962, NASA launched Mariner 2, the first satellite to encounter another planet, as the spacecraft flew within 21,000 miles of Venus. On July 20, 1969, NASA was the first to land a person on the moon—achieving President John F. Kennedy’s end-of-decade challenge—as Neil Armstrong famously stepped off of Apollo 11’s lunar module onto the moon and said: “That’s one small step for man, one giant leap for mankind.” NASA has since sent satellites to explore every planet in the solar system, in addition to the Sun and a number of moons, comets and asteroids, along with interstellar explorers.

During the 1990s to early 2000s, NASA launched the Great Observatories, a series of four space-borne observatories designed to conduct astronomical studies over many different wavelengths including visible, gamma rays, X-rays and infrared. The first was the Hubble Space Telescope (HST) that launched on the NASA Space Shuttle in 1990. The HST observed the universe with ultraviolet, visual and near-infrared wavelengths. The Compton Gamma Ray Observatory was the second of NASA’s Great Observatories and was launched in 1991 aboard the space shuttle Atlantis. It collected data on some of the most violent physical processes in the universe observed by the high energies of gamma rays. The third Great Observatory, the Chandra X-Ray Observatory, was deployed from a space shuttle and boosted into a high-Earth orbit in 1999. This observatory imaged high energy objects such as black holes, quasars and high-temperature gases using the X-ray spectrum (I was actually part of the MIT team that designed and manufactured the High Energy Transmission Gratings for Chandra). The Spitzer Space Telescope, the fourth and final in the Great Observatories program, was launched by a Delta rocket in 2003 to detect infrared energy radiated by objects in space between wavelengths of 3 and 180 microns.

Looking towards the future, NASA plans to launch the James Webb Space Telescope next year into an orbit almost a million miles away from Earth, where it will explore a wide range of science questions to understand our place in the universe. As a successor to the Hubble Space Telescope, it will solve other mysteries of our solar system, observe distant worlds around other stars and probe the unknown structures and the origins of our universe. While the commercial space market has taken off and is working to replace some of the launch vehicle services that NASA provided, NASA is still very active in space research and will continue to be the leader in space technology.