We use cookies to provide you with a better experience. By continuing to browse the site you are agreeing to our use of cookies in accordance with our Privacy Policy.
×
Home » US Government Objects to Infineon Acquiring Wolfspeed
Aerospace and Defense Channel European Industry News Industry News RFIC Channel 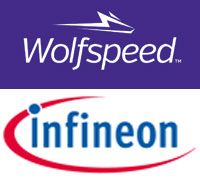 Given this landscape, Infineon stated in a press release “that there is a considerable risk that the transaction, as agreed, is not going to close.” Nonetheless, the release said that Infineon is committed to working with CFIUS and Cree to address the national secuirity concerns raised by CFIUS.

Cree, Qorvo and Raytheon have received substantial funding from the U.S. Department of Defense (DoD) to develop GaN technology, which is viewed as a disruptive or “leap ahead” technology for military systems such as phased array radar and electronic warfare. Foreign ownership of a principal source of the technology, even an ally of the U.S., would logically be a concern.

In other cases of foreign ownership of a defense company — BAE Systems’ acquisition of the former Sanders unit of Lockheed Martin, for example — a U.S. subsidiary with a firewall between the U.S. and foreign owner was established to keep the operations independent and safeguard sensitive and classified information.

Infineon and Cree announced the proposed acquisition of Wolfspeed in July 2016. Infineon was to pay $850 million for the GaN RF, SiC power electronics and SiC substrate units of Cree, rebranded as Wolfspeed. As recently as Infineon’s earnings release on February 2, CEO Reinhard Ploss said “everything is on schedule.”

This is the full text of Infineon’s February 8 press release:

Infineon Technologies AG announces the following regarding its proposed acquisition of Wolfspeed Power & RF and the related substrate business (“Wolfspeed”) from Cree Inc.:

Against this background, Infineon is of the opinion, that there is a considerable risk that the transaction, as agreed, is not going to close.

Infineon remains committed to work closely together with both CFIUS and Cree to find solutions that would mitigate the concerns raised by CFIUS.