We use cookies to provide you with a better experience. By continuing to browse the site you are agreeing to our use of cookies in accordance with our Privacy Policy.
Home » Raytheon to Demo New Tech for Uninterrupted Military Communications in Contested Environments
Aerospace and Defense Channel Industry News 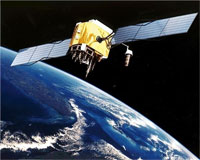 Managed by the Space and Missile Systems Center at Los Angeles Air Force Base, the Protected Tactical Services Field Demonstration, or PTSFD, program represents a major improvement in anti-jam security via the Wideband Global Satellite Communications, or WGS, constellation and commercial satellites.

Eventually, hardware developed and tested under the PTSFD contract can be deployed as upgrades to existing satellite communication terminals. By reusing the antenna and RF front end of existing terminals, costs are greatly reduced, since those are the most expensive elements of any SATCOM terminal.

The new, protected SATCOM system will bring a distinct set of capabilities, including flexible access to commercial and government SATCOM channels for seamless transition between SATCOM systems to maximize communications availability for tactical forces.

Work will be performed in Marlborough, Massachusetts, and is expected to be completed by September 30, 2020.