We use cookies to provide you with a better experience. By continuing to browse the site you are agreeing to our use of cookies in accordance with our Privacy Policy.
Home » Topics » Cellular 4G/LTE Channel

Sets Long-Range Record in Data Connection
No Comments
Sceye announced that it successfully launched its stratospheric platforms and flew at an altitude of 64,600 ft.
Read More

With data on over 300 private mobile networks, manufacturing sector leads with way accounting for 22 percent of those catalogued by GSA
No Comments
The latest GSA report on the status of the market has been able to categorise 311 private mobile network deployments being deployed all around the world.
Read More

Airbus Takes Off with Private Network from Ericsson

A key feature of private networks is the ability to securely transfer data between different engineering teams located on the site, as well as the connection of devices within Airbus plants and sites through a NB-IoT connectivity solution.

Novocomms announced the global launch of the FPCB LTE 4G antenna. The FPCB LTE 4G is the latest addition to the British technology company’s family of patented multi-channel antenna for use within the Internet of Things (IoT) sector. 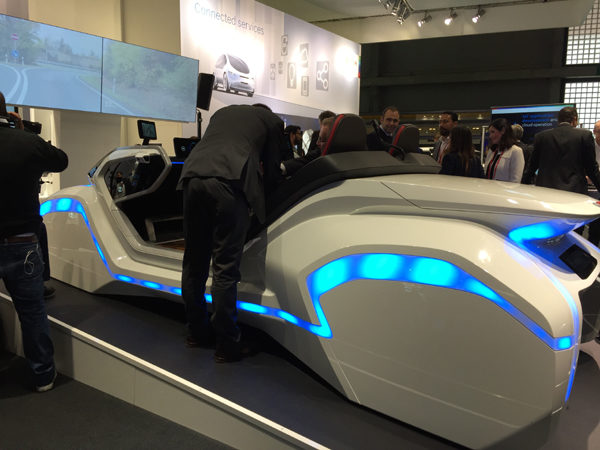 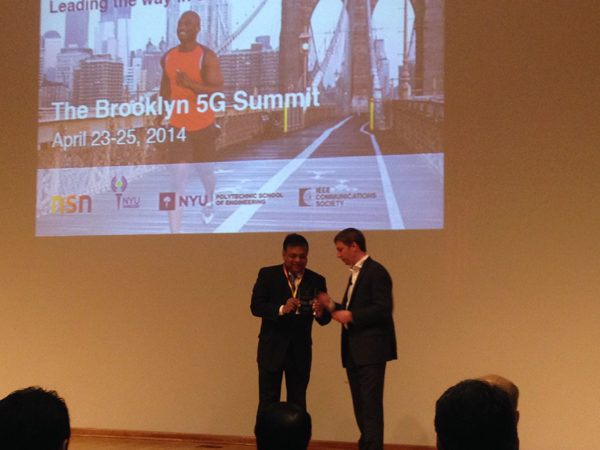 Achieving sufficient capacity to meet the forecast backhaul needs over the next few years will be a major challenge. This white paper describes the technique of Air Division Duplexing (ADD), which makes use of MIMO and spatial multiplexing techniques to achieve simultaneous transmission and reception of data on each carrier frequency, and has been shown to achieve full duplex data rates1 in excess of 1 Gb/s in a 28 MHz channel allocation2 in the microwave bands.

While LTE-Advanced brings the promise of higher data rates, designing devices for use in LTE-A offer new test challenges. This paper provides an overview of LTE MIMO and carrier aggregation technologies and describes different methodologies for testing these new capabilities including multi-antenna techniques, MIMO spatial multiplexing, beam steering, as well as the different carrier aggregation modes.

This white paper presents an overview of system level design for wireless communications equipment. It will be useful not just to those involved in the development of new communications systems, but also to designers of new products using existing systems, or anybody seeking to develop new architectures and/or components to reduce product cost and/or size. It also describes the benefits and implications of developing highly integrated System on a Chip (SoC) solutions, which dominate in today's high volume communications products.

With many groups now beginning to consider the drivers for 5th Generation wireless networks, this timely document includes contributions from 20 IWPC member organizations from around the world and aims to advance certain understandings and concepts for adoption in wireless systems to be deployed beyond the year 2020. This 89 page document covers a broad range of 5G topics with emphasis on mm-wave.

Now that the need for ultra high capacity radios has become an unofficial requirement with a potentially large market backing it, the call for more spectrum savvy radios is in order. Traditional wisdom would have us assume that the legacy pure-play millimeterwave equipment vendors have this market clenched; however, every time there is a technology shift, as is occurring with the E-Band market, it opens the field up to new market leaders and a new competitive landscape. Thus, we have seen traditional microwave vendors throw their hats into the millimeterwave ring with various levels of commitment from OEMing/private labeling traditional millimeterwave vendors’ radios to designing their own millimeterwave radios.

This application note is designed to provide you with the latest insights on how to best address the long list of test requirements when testing the voice quality of LTE UE, with the right VoIP test building blocks. Successfully providing voice support on LTE will require UE developers to bring together a host of new features and capabilities. Many of these items have been around for a while but have not yet been applied to mobile networking. Others are completely new. Regardless, bringing them together will likely cause significant test pain, as they will need to be tested in conjunction with LTE and/or IMS to be fully exercised.

A system that utilizes OFDM/OFDMA, such as the E-UTRA (LTE) downlink or the IEEE 802.11a/g and the IEEE 802.16 physical layers, transmits OFDM symbols, each comprising a number of modulated sub-carriers carrying data or pilot symbols, with inter-subcarrier spacing being equal to or an integer multiple of a fixed frequency. The channel bandwidth (B) is determined by the number of 'occupied' (modulated) subcarriers and the subcarrier spacing.

The IP Multimedia Subsystem (IMS) dates from 3GPP release 5 almost a decade ago, but is now becoming a reality with the rollout of IMS-based LTE networks. IMS enables convergence on multiple fronts, including access types (fixed, mobile), service types, application control functions and convergence between telephony and traditional data delivery. This paper presents a high-level technical view of the IMS architecture as seen by LTEcapable User Equipment (UE).

Voice and SMS in LTE

This white paper summarizes the technology options for supporting voice and short message service (SMS) in LTE, including circuit switched fallback (CSFB), SMS over SGs, and voice over LTE (VoLTE). It includes background information on the standardization process, and the commercial implications for the different options. The white paper also addresses test and measurement requirements resulting from the support of voice and SMS in LTE.
More Files Tagged with 'Cellular 4G/LTE Channel'