We use cookies to provide you with a better experience. By continuing to browse the site you are agreeing to our use of cookies in accordance with our Privacy Policy.
×
Stay Connected :
Home » Blogs » Low Power IoT » Open cellular standards will drive ‘massive IoT’ uptake Learn about low power challenges and solutions with these blog contributions from various industry experts.

Several technologies are vying for a slice of the LPWAN sector that will underpin the IoT, but only low power LTE promises to support rapid mass deployment

The Internet of Things (IoT) will require several wireless technologies if it’s to meet its potential. For example, Bluetooth low energy or IEEE 802.15.4 are good choices for battery-powered sensors sending data to the Cloud via a building’s Local Area Network (LAN). But for sensors that are constantly moving, or are remote from a LAN, short-range wireless technologies run into problems.

And even if a LAN is present, manufacturers might prefer longer-range wireless technology for its convenience and autonomy. For example, a white goods manufacturer could select cellular technology over Bluetooth low energy because it enables a refrigerator or washing machine to connect to the Cloud automatically, eliminating the need for a consumer to enter a password to add the appliance to a home’s LAN. In these situations, Low Power Wide Area Networks (LPWAN) promise an answer.

There are several technologies upon which LPWANs can be based. These divide into two camps: those based on proprietary systems and those based on open standards. Low power Long Term Evolution (LTE) (also dubbed ‘cellular IoT’) is among the latter. The technology’s radios offer tens of kilometers of range and connect with cellular basestations.

Low power LTE has taken off since the 3rd Generation Partnership Project (or 3GPP, the custodians of the LTE standard comprising a collaboration between telecoms partners) introduced a specification for two forms of the technology—LTE-M (for M2M) and Narrow Band-IoT (NB-IoT)—in Release 13. The new specification makes it easier for manufacturers to design and develop the inexpensive, compact, and low power consumption wireless LTE modems that LPWANs demand.

LTE backers believe it’s the most promising technology for kickstarting rapid mass deployment of LPWANs and hence accelerate growth of the IoT. This confidence is based on the fact LTE is an open standard, operates in a licensed portion of the RF spectrum, leverages existing infrastructure for coverage, and has coexistence mechanisms that enable scaling to high-node counts per base station.

In contrast, proprietary technologies include components owned and controlled by certain companies—which incur licence fees when adopted by other vendors and limit room for product differentiation—and operate in unlicensed allocations of the RF spectrum (typically at sub-1 GHz frequencies). Because these bands are shared they present tough coexistence challenges.

Open standards such as Wi-Fi and Bluetooth low energy have demonstrated that standards stimulate rapid adoption of new technology. Similarly, low power LTE is likely to lead to ‘massive IoT’ deployment. Telecoms equipment maker, Ericsson, and mobile operators trade body, GSMA, independently forecast that the market for cellular IoT will expand at around 27 percent compound annual growth rate (CAGR) between 2017 and 2021. Both firms point to low power LTE as a key enabler for this growth.

Low power LTE operates in up to 44 different licensed frequencies across the world, ranging from 450 MHz to 2.6 GHz. The advantages of licensed spectrum are particularly beneficial for many IoT applications; key among these are that the owners of the spectrum allocation (the carriers) can control and prioritize data, and the bands are immune from interference from other sources of RF radiation. Second, because the spectrum allocation isn’t shared with other RF transmissions, coexistence between connected devices is much easier to manage. LTE’s coexistence technology is based on proven frequency- and time-domain solutions, and other mechanisms such as ‘autonomous denials’ of conflicting RF signals.

Consequently, LTE can support a node density of up to 200,000 active low power modems per base station. Finally, data carried at LTE frequencies is safe from prying eyes because the standard incorporated advanced security from its inception. These features ensure that carriers can offer reliability and high quality of service (QoS).

Proprietary technologies rely on unlicensed portions of the RF spectrum which must be shared with many other services. While interference avoidance techniques are employed, because so many services share the spectrum allocation it’s extremely difficult to approach, let alone match the node density, reliability, and QoS of LTE. Proprietary LPWAN vendors are also faced with the major challenge of building infrastructure to support their networks. Infrastructure building is an expensive and long-winded task.

In contrast, worldwide LTE infrastructure is largely in place comprising 480 networks in 157 countries. Some upgrading (mainly of software) is required to support low power LTE, but this is straightforward compared to building the infrastructure in the first place. Because the infrastructure is already in place, support for low power LTE is likely to be added rapidly, further encouraging its uptake. For example, test installations are already built and commercial deployments will soon follow. By the end of 2017 a significant portion of the world will feature network coverage. 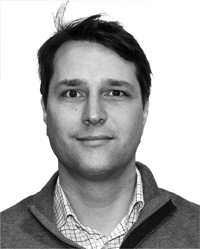 Companies adopting low power LTE for their IoT-connected products can leverage this infrastructure without bearing its build- or maintenance-costs, instead investing in their own services and business models.

And as the telecoms network evolves from 4G systems to 5G, low power LTE won’t be rendered obsolete because 3GPP has ensured there’s an upgrade path for the technology. 5G, while some years away, will provide much greater throughput by using higher wireless frequencies (up to 26 GHz) and will impart even greater momentum to the IoT.