We use cookies to provide you with a better experience. By continuing to browse the site you are agreeing to our use of cookies in accordance with our Privacy Policy.
Home » Blogs » Gary Lerude, MWJ Technical Editor » Apple Sets Record Revenue from iPhone, Wearables Demand

Total revenue for the quarter was a record $91.8 billion, up 43 percent from the prior quarter and 9 percent comparing year-over-year (Y/Y). Earnings per diluted share (EPS) was $4.99, almost 20 percent better than last year’s quarter. 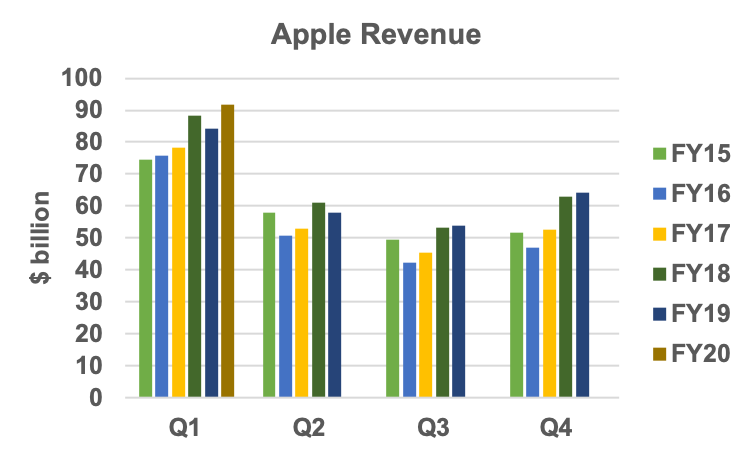 iPhone revenue was $56.0 billion, up 8 percent Y/Y, reflecting the strong demand for the iPhone 11 models. iPhone revenue contributed 61 percent of Apple’s total revenue in the quarter.

“iPhone 11 was our top-selling model every week during the December quarter, and the three new models were our three most popular iPhones,” said Cook. He said the iPhone had double-digit growth in mainland China.

The wearables category, which includes Apple Watch and AirPods, grew 37 percent Y/Y to $10.0 billion in revenue. Revenue from Apple’s range of services grew 17 percent to $12.7 billion, the largest contributor behind the iPhone. 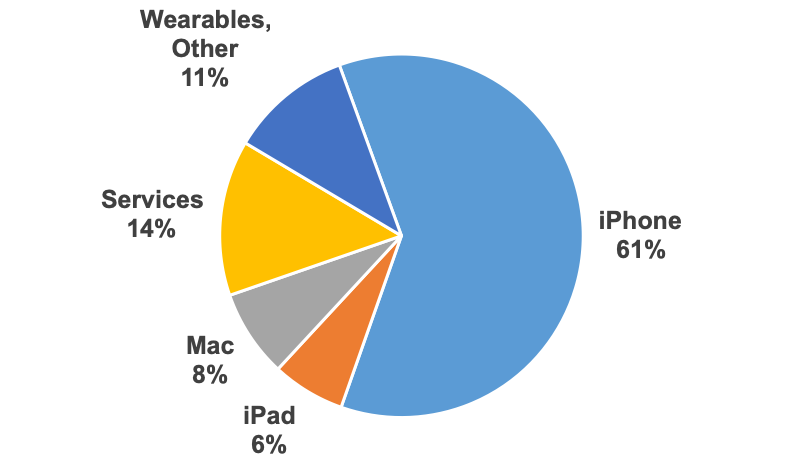 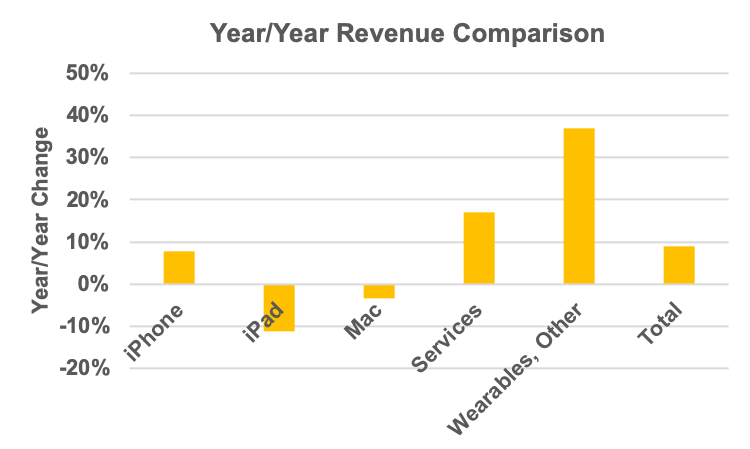 Apple’s CFO, Luca Maestri, forecast revenue for the March quarter to range between $63 billion and $67 billion. He said the guidance reflects business uncertainty from the coronavirus in China, which will likely affect product demand and Apple’s supply chain.

Katy Huberty, an analyst at Morgan Stanley, went fishing, asking Cook how big of a driver 5G will be for smartphone demand and what he sees as the killer app for consumers.

Cook responded, “Sorry. We don’t comment on future products. And so, I will try to sidestep a bit. With respect to 5G, I think it’s — we're in the early innings of its deployment on a global basis. We obviously couldn’t be prouder of our lineup and are very excited about our pipeline, as well, and wouldn’t trade our position for anybody.”

Related to 5G and future iPhones, Apple completed the purchase of Intel’s baseband group during the quarter. Maestri said, “We think it’s a very important strategic core technology for the company going forward.”