We use cookies to provide you with a better experience. By continuing to browse the site you are agreeing to our use of cookies in accordance with our Privacy Policy.
Home » Blogs » Gary Lerude, MWJ Technical Editor » Ericsson Building US “Smart Factory” for 5G Radios 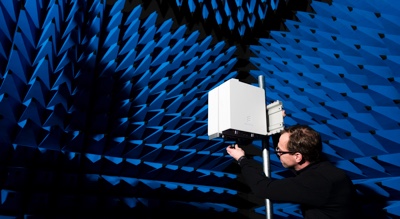 To manufacture advanced antenna systems and small cell radios for 5G, Ericsson plans to build a “fully automated smart factory” in the U.S. The location of the facility — which will begin operations in early 2020, initially employing 100 people — will be revealed once discussions with state and local authorities are completed.

In a press release, Ericsson said the facility will be highly automated and modular, enabling flexible production with quick production ramps to volume. The manufacturing flow will use automated warehouses, connected logistics and automated assembly, packing and product handling, using autonomous carts. The factory will incorporate Ericsson’s own 5G network, tailored for the industrial environment, to support agile operations and flexible production.

Reflecting the company’s commitment to sustainability, Ericsson said it will seek LEED Gold Certification for the facility.

“We continue to focus on working closely with our customers and supporting them in the buildout of 5G globally and in North America. With today’s announcement, we conclude months of preparations and can move into execution also in the U.S. In addition, we are digitalizing our entire global production landscape, including establishing this factory in the U.S. With 5G connectivity we’re accelerating Industry 4.0, enabling automated factories for the future.” — Fredrik Jejdling, the head of the networks segment at Ericsson

The new facility is part of Ericsson’s strategy to maintain a global supply chain close to customers in the U.S., Europe and Asia. The company said it is also accelerating the launch of the modular and flexible manufacturing capabilities in existing factories in Estonia, China and Brazil.

The company already has a strong R&D presence in the U.S., opening a new software development center in Austin, near Ericsson’s ASIC design center. The ASIC capability, which opened in late 2017, focuses on developing the core microelectronics for Ericsson’s 5G base stations.