We use cookies to provide you with a better experience. By continuing to browse the site you are agreeing to our use of cookies in accordance with our Privacy Policy.
×
Home » Blogs » ROG Blog » What Is Outgassing And When Does It Matter?

What Is Outgassing And When Does It Matter? 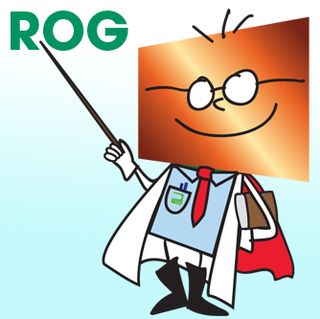 Outgassing is a concern for any electronic equipment intended for use in high-vacuum environments. It refers to the release of gas trapped within a solid, such as a high-frequency circuit-board material. The effects of outgassing can impact a wide range of application areas in electronics, from satellites and space-based equipment to medical systems and equipment. In space-based equipment, released gas can condense on such materials as camera lenses, rendering them inoperative. Hospitals and medical facilities must eliminate materials that can suffer outgassing to maintain a sterile environment.

In the vacuum of deep space, outgassing (also known as “offgassing”) has contributed to the degraded performance of charge-coupled-device (CCD) sensors in space probes, prompting NASA to develop exacting procedures for evaluating materials prior to their use in space. NASA test procedure SP-R-0022A, for example, is used to test composite materials such as circuit-board laminates. ASTM International, a well-respected materials standards organization, has developed procedures, such as ASTM E595-07, to gauge key material parameters such as total mass loss (TML) and collected volatile condensable materials (CVCM) for the purpose of evaluating the changes in mass of different materials in a vacuum environment as would occur due to outgassing. GSFC and other NASA centers have long endorsed a policy of selecting the lowest outgassing materials available for spacecraft and space applications, testing in accordance with ASTM E595-07 which outlines a test method for evaluating the changes of mass in a test specimen under vacuum at a temperature of +125°C for 24 hours. NASA’s target number for acceptable TML is less than 1% and for CVCM is less than 0.1%.

The term “vacuum” as used in these tests is somewhat subjective. Per the standards, testing does not have to proceed at the vacuum levels of deep space, which are typically 10-12 Pa (10-14 Torr). In fact, the ASTM standard specifies only that the vacuum for performing TML and CVCM testing should be less than 7 x 10-3 Pa (5 x 10-5 Torr) for 24 hours at +125°C. The high temperature was selected to be at least +30°C above any typical operating temperature, in order to create accelerated-lifetime conditions.

After the 24-hour vacuum/high-temperature period, the standard notes that a specimen should be weighed at +23°C and 50% relative humidity to minimize the effects of water vapor on the measurement accuracy. Specimens are placed in a glass vial during the 24-hour heating period and must be weighed within 2 minutes after opening the vial to minimize the loss of absorption of water vapor when exposed to an uncontrolled humidity environment. An additional test, for water vapor recovered (WVR), can be performed after measurements of TML and CVCM. Tests can be performed on materials in their “as received” condition or after they have undergone curing.

Low levels of outgassing are usually associated with high-quality materials as well as well-controlled manufacturing processes. Various circuit-board materials from Rogers Corporation, for example, have been tested according to NASA test procedure SP-R-0022A for TML, CVCM, and WVR and found well suited for spacecraft applications. The materials include RT/duroid® composites based on polytetrafluoroethylene (PTFE) with inorganic filler materials, such as glass and ceramic fillers, and TMM® series temperature-stable hydrocarbon composites. The specimens were etched free of copper foil prior to testing, and heated at +125°C for 24 hours in a vacuum. Sample sizes were 100 to 300 mg placed in copper enclosures. The exit port of each enclosure was heated to +125°C with a chrome-plated collector maintained at +25°C spaced 12.7 mm from the exit port.

For all of the RT/duroid and TMM materials tested, the TML values were well below 0.1% and the CVCM values at or near zero. The TMM laminates, which are highly crosslinked thermoset hydrocarbon dielectric materials, feature characteristically low TML and CVCM values. The TMM 3 laminates, with low relative dielectric constant of 3.27, achieved 0.04% TML and 0.00% CVCM. The TMM 10 laminates, with higher 9.20 dielectric constant, had slightly higher 0.06% TML while maintaining a 0.00% CVCM. Of the materials tested, the highest value of TML was for 3001 bonding film, a thermoplastic chlorofluorocopolymer with relative dielectric constant of 2.28 designed for bonding layers of PTFE-based circuit boards to form multilayer circuits. Still, its TML tested at only 0.13%, or well below NASA’s high limit of 1.0%, while its CVCM was only 0.01% or one-tenth that of the NASA recommended maximum value. (A complete rundown of the TML and CVCM values, along with WVR results, for the full lines of RT/duroid, TMM, ULTRALAM® laminates, and RO4003C™ circuit materials can be found in application note 2.9.1 from Rogers Corporation.)

Outgassing is not a material characteristic of concern to all circuit designers. But for those involved in electronics for satellites and other spacecraft, it is not something to be taken lightly. For circuit-board materials, the most prudent choice is the material with the lowest TML, CVCM, and WVR values available.

Nice article. Thanks for the clarification...

Would you please send me your condition and...

I appreciate you taking the time to publish...

hello, i’m sending millimeter waves down a pc board...