HUBER+SUHNER, is debuting its Quick-Fit plus connector system for ½” corrugated cables used in Distributed Antenna Systems, at SCWS World 2016 in London.

LTE subscriber base to grow to 1.4 billion globally by year-end 2015

ABI Research estimates that there will be nearly 1.37 billion 4G LTE subscribers worldwide by year-end 2015, up from nearly 650 million in 2014. ABI Research forecasts that the LTE subscriber base will exceed 3.5 billion by 2020, demonstrating a 5 year CAGR of 20.8%. The exponential rise in LTE points-of-presence covered justifies the need for sustained investment in LTE infrastructure, which is expected to grow nearly 10% year-on-year.

Operating in the 60 and 80 GHz bands, millimeter wave radio equipment from Siklu is now integrated in the Alcatel-Lucent microwave small cells backhaul portfolio. 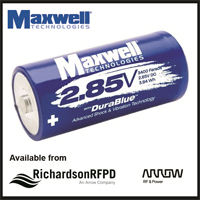