We use cookies to provide you with a better experience. By continuing to browse the site you are agreeing to our use of cookies in accordance with our Privacy Policy.
Home » The Year of Transition and Consolidation

The Year of Transition and Consolidation 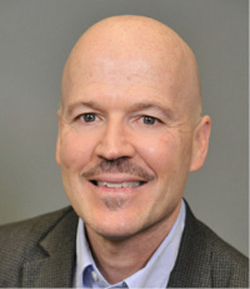 The pandemic continued to affect trade shows this year except the industry was resilient, so instead of having fully virtual events, most adapted and held hybrid events this year with a portion of the audience attending live and the rest online. Mobile World Congress kicked off this trend in our industry by swapping the dates of their Barcelona and Shanghai events, since China was in better shape earlier in the year to have a physical event with about a third of the normal audience attending in person. The next large hybrid event was IMS2021 in Atlanta with about a quarter of the normal attendees present in person. That was followed two weeks later with a full week of virtual activities. Our EDI CON China event also took a hybrid approach with a virtual event in May followed by two smaller in-person events, one in July (Shanghai) and one in December (Shenzhen).

As 2022 approaches, we think that events can return to fully in-person gatherings as virtual events are no replacement for the real thing. EuMW managed to delay the fall 2021 London event until February 2022 and plans to hold it in person, as well as CES and Mobile World Congress doing the same. IMS2022 will be held in Denver and should be in a time frame that we have returned to normal in-person events, we hope to see many of you there for a great reunion of the industry.

Despite the pandemic, 5G rollouts continued at a rapid pace but were certainly slowed to some extent. The Global mobile Suppliers Association tracked over 1,000 5G devices that had been announced and 180 5G networks had been launched in 72 countries/territories around the world by the end of Q3. The association’s research also found 465 operators in 139 countries/territories are investing in 5G networks in the form of tests, trials, pilots, planned and actual deployments at that time.

With 5G ramping up and going into full production, 2021 was the year that many 6G research programs were kicked off in earnest. The Brooklyn 5G Summit has been convening annually for many years but this year transitioned to 6G, holding their event in October virtually. Most experts agreed that 6G will start initial rollouts in about 2028 with 2030 being the time frame of significant deployments (standardization phase 1 will likely start from 2026 as part of 3GPP Release 20). The biggest innovation in 6G is likely to be in the use of sensing with the same signals used for communications. According to the experts at the Summit, “we don’t know the exact applications yet, but this certainly opens many areas of opportunities for future services. We will connect the physical world to our own human world, thanks to the massive scale deployment of sensors and artificial intelligence and machine learning with digital twin models and real-time synchronous updates. These digital twin models are crucial because they allow us to analyze what’s happening in the physical world, simulate possible outcomes, anticipate needs and then take productive actions back into the physical world.”

Another trend in 2021 was the standardization of networks and systems. These open systems standards promise to enable a more competitive and vibrant supplier ecosystem with faster innovation. We have seen Open RAN gaining momentum this year with the industry now working together to realize open 5G systems from hardware to software. Then we saw Open RF form to do the same thing for mobile devices. This organization is just starting up, so it will be interesting to see how it evolves. Then in the defense industry, Sensor Open Systems Architecture (SOSA) has taken hold in the industry after several years in the making and many companies are now offering SOSA compliant products.

This year the industry saw a large consolidation of small microwave companies plus several larger acquisitions. Quantic Electronics was an active acquirer of small companies and now has 12 brands under its umbrella. SemiGen was acquired by Naprotek. Maury Microwave acquired dBm Corporation after being acquired by Artemis Capital Partners earlier in the year. AMETEK acquired NSI-MI Technologies. For larger companies, Analog Devices completed the acquisition of Maxim, making them a giant in the industry. Skyworks completed the acquisition of the infrastructure and automotive business of Silicon Labs. Qualcomm acquired NUVIA and outbid Magma International for Veoneer, who makes automotive safety systems including radar sensors. TE Connectivity acquired the antennas business from Laird Connectivity and Renesas acquired Dialog Semiconductor.

On the defense side, Mercury was active acquiring Pentek and Avalex Technologies Corporation. An Arlington Capital Partners’ affiliate acquired L3Harris Technologies’ Electron Devices and Narda Microwave-West divisions, which will operate independently as Stellant Systems and CPI purchased TMD Technologies groups. On the quantum front, both Keysight and Rohde & Schwarz made key small acquisitions to strengthen their efforts in that market.

Several companies went public recently as GlobalFoundries did an IPO, Starry agreed to go public via a merger and Guerrilla RF went public in a reverse merger transaction. Finally, Sivers Semiconductors acquired Mixcomm and I believe this could be the start of consolidation of the mmWave 5G/satcom companies that could happen next year.

It was another very interesting and active year in 2021. Happy Holidays and we hope to see you in person in 2022!