We use cookies to provide you with a better experience. By continuing to browse the site you are agreeing to our use of cookies in accordance with our Privacy Policy.
×
Stay Connected :
Home » Online Spotlight: Reconfigurable Dual-Band Power Amplifier for Telemetry Applications
Aerospace and Defense Channel

Figure 8 shows a 3D view, the entire layout and the fabricated PA circuit. Both varactors are placed on the input side of the PA. Two additional DC blocking capacitors separate the transistor bias from the varactor bias. Figure 9 shows the simulated S11 of the output matching network, highlighting the two band of interest: 1.5 and 5 GHz. Load-pull analysis15 determined the optimal power and efficiency of the 1.25 mm GaN device, and the ΓL data was used as the initial starting point for the design of the concurrent dual-band PA.

Figure 8 3D (a) and layout (b) views and fabricated (c) PA circuit, showing the locations of the two varactor sections. 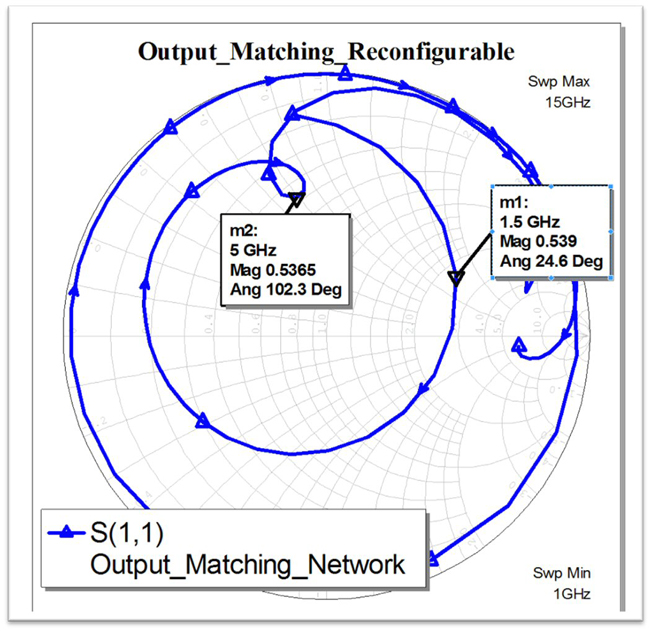 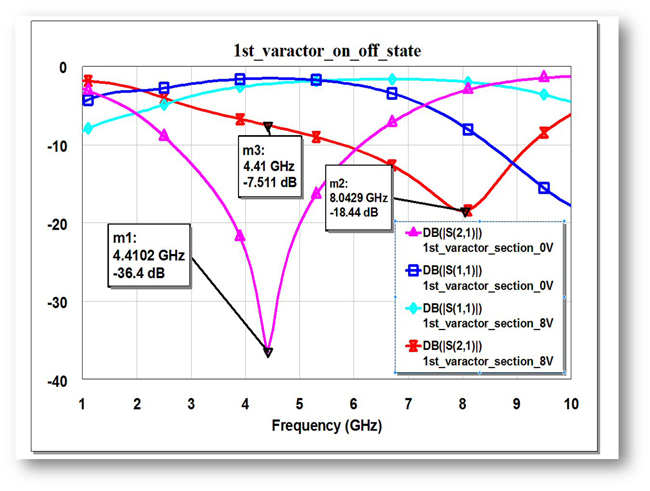 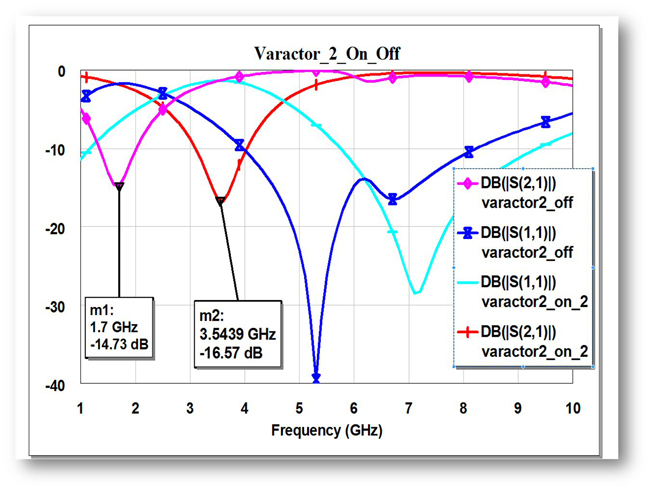 The entire input network and its simulated S22 are shown in Figure 12. 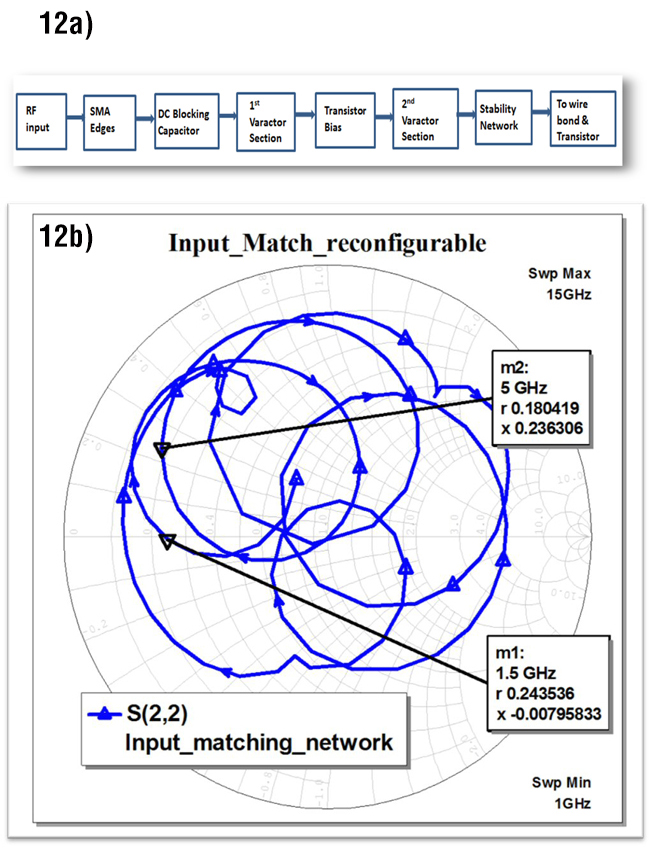 Figure 13 shows the simulated small-signal performance of the dual-band design. To achieve dual-band performance, both varactors are biased so their capacitance values are 0.8 pF. At this bias, the small-signal gain is 14.1 dB at 1.4 GHz and 15.4 dB at 5 GHz, with the input return loss better than 7 dB at L-Band and 6 dB at C-Band. The output return loss is better than 13 dB for both bands. 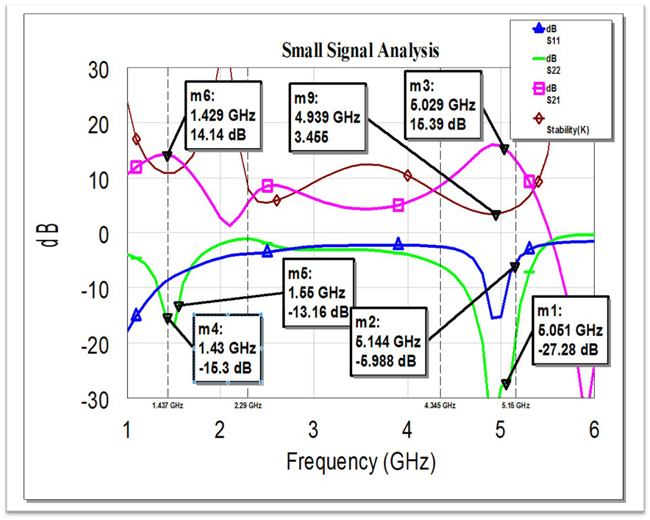 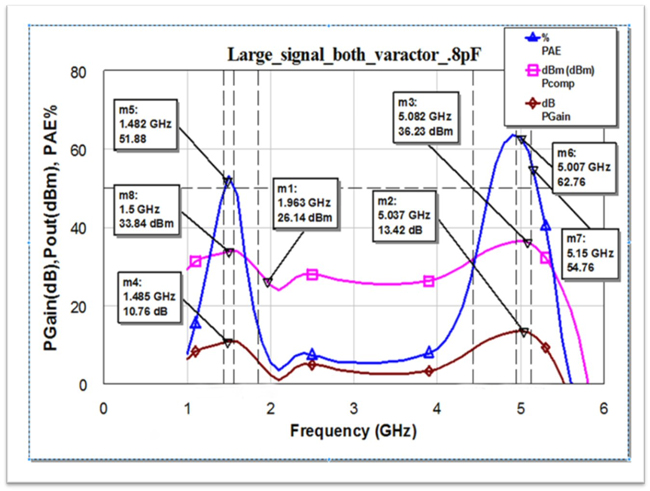 Figures 15 and 16 show the simulated large-signal performance with only one of the two bands selected, i.e., the other rejected. 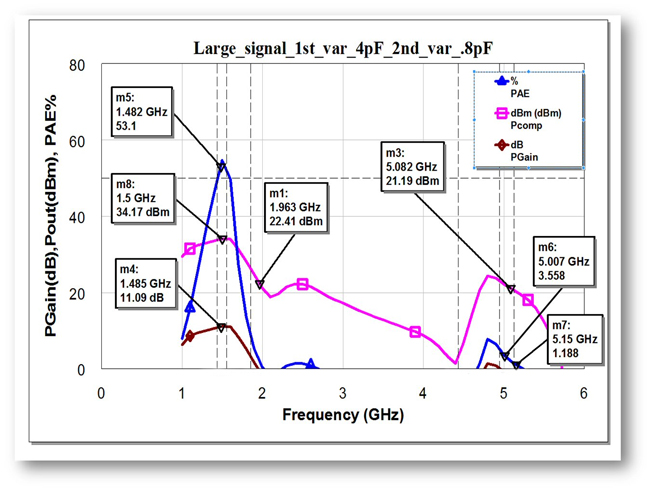