We use cookies to provide you with a better experience. By continuing to browse the site you are agreeing to our use of cookies in accordance with our Privacy Policy.
Home » Autonomous Radar Sensor Enables Smart Motion Sensing
RFID/GPS/Location Channel

As a fully integrated microwave motion sensor, the BGT60LTR11AIP provides both motion and direction of motion information, and a state machine controls the device 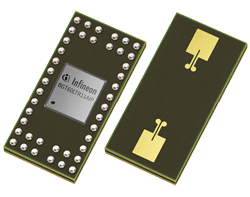 Its high level of integration overcomes the complexities of antenna design, RF knowledge and radar signal processing. The radar sensor can be hidden inside a product, since it transmits and receives through non-metallic materials, enabling the adoption of radar technology into daily life. The sensor can be integrated into systems like laptops, tablets, TVs and speakers, awakening them when it detects motion or direction of motion. When no motion is detected for a defined time, it can put systems to sleep or lock them, saving power and eliminating the need for a keyword to activate the system. 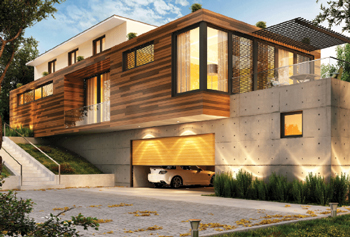 Figure 2 shows the functional block diagram of the BGT60LTR11AIP MMIC. The MMIC package includes one transmit and one receive broad-beam antenna. The two antennas have horizontal and vertical half-power beamwidths of 80 degrees for maximum coverage.

An integrated voltage-controlled oscillator (VCO) generates the 60 GHz radar signal, which is stabilized by a phase-locked loop. The transmit signal chain consists of a medium power amplifier with configurable output power, controlled via the serial peripheral interface (SPI). Integrated power detectors monitor the transmitted power. The MMIC has a low noise quadrature receiver with a low noise amplifier in front of a quadrature homodyne down-conversion mixer, which provides excellent sensitivity. Derived from the internal VCO signal, a RC polyphase filter generates quadrature local oscillator signals for the quadrature mixer.

The integrated analog baseband consists of a sample-and-hold circuit for low-power, duty-cycled operation, which is followed by an externally configurable highpass filter, a variable gain amplifier and a lowpass filter. The integrated target detectors are analog comparators generating pulses based on target movements in front of the radar. The detectors provide two digital output signals, one indicating motion and the other the direction of motion - approaching or departing - of a target. The detector circuitry offers a user-configurable hold time, hit counter and detection threshold, which provide flexibility and robustness against false alarms. Hold time is the duration the output of the detectors remain active after target detection, and hit counter refers to the number of comparator output pulses required to determine valid target detection. 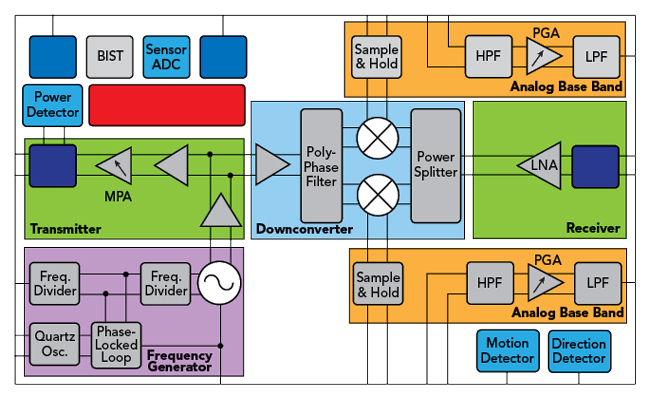 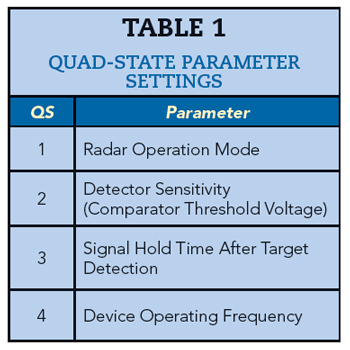 To provide flexibility in setting the performance parameters, even when running in autonomous mode, the MMIC has four quad-state input pins, QS1–QS4 (see Table 1). For example, with QS2, users can select among four threshold values to increase or reduce detector sensitivity. For experienced radar users, semi-autonomous and SPI operating modes can be selected with the QS1 pin. In these modes, raw radar data can be extracted for signal processing with customized algorithms on a PC or external microcontroller via the SPI. For external processing, the evaluation board can be attached to an Arduino MKR board or an Infineon radar baseboard (MCU7).

Infineon’s Toolbox supports the BGT60LTR11AIP MMIC platform with demonstration software and a radar graphical user interface, which displays and analyzes the acquired data in the time and frequency domains. The sensor meets the ETSI and FCC regulations.

As a fully integrated microwave motion sensor, the BGT60LTR11AIP provides both motion and direction of motion information, and a state machine controls the device. In fully autonomous mode, the radar offers unprecedented simplicity.

The small 3.3 x 6.7 x 0.56 mm MMIC includes two antennas within its two-layer laminate package, which eliminates the complex antenna design for the user. It also enables standard FR4 materials to be used for the PCB design with this MMIC. The BGT60LTR11AIP MMIC requires little support circuitry (see Figure 3): a low noise voltage regulator, a 38.4 MHz crystal oscillator and external capacitors. Two LEDs indicate the functioning of the radar sensor: green when a target is detected and red for direction of motion.

In addition to simplifying system integration, this all-in-one solution enables fast prototyping for evaluating product features. The demonstration board shown in Figure 3 is a turnkey solution to show the features of the radar sensor MMIC, and it can be used as is for a system, by connecting a power supply between the VCC and ground connections on the board.

Figure 3 The PCB holds the supporting circuitry for the motion sensor MMIC.

The BGT60LTR11AIP MMIC is a small, compelling and cost-effective replacement for conventional passive infrared sensors in low-power or battery-powered applications.