We use cookies to provide you with a better experience. By continuing to browse the site you are agreeing to our use of cookies in accordance with our Privacy Policy.
Home » Cognitive Countermeasures Determine Mission Success
Aerospace and Defense Channel

The global fight for EW dominance often plays out in smaller incidents. If one fighter jet faces off against a rival, they may do small maneuvers to see which can outperform the other. While such exhibits used to rely on the pilot’s prowess, today’s scenarios reveal much more about a country’s technology. Forces want to know if other militaries can detect, identify and locate their assets - as well as what they can do to counter those capabilities. Beyond the physical presence of war-fighters, a larger conflict rages for dominance of the electromagnetic (EM) spectrum. With the rise of adaptive threats and countermeasures, the winner’s system is the one that outwits its opponent. As threats grow more sophisticated, countermeasures must evolve at or beyond that pace. With radar, for example, every evolution brings more complexity. Yet countermeasures must achieve the same complexity and, potentially, move beyond it. Techniques continue to evolve, often relying on some standard jamming approaches.

A simple way to undermine a radar is by jamming it with broadband noise. The radar sends out a pulse, which reflects off objects in the environment and returns to the radar receiver. If a pulse is sent where an F-35 is flying, for example, the RF energy bounces off the aircraft and returns. At the exact time when the skin or echo return hits the receiver, a noise jammer sends broadband RF noise into the receiver, obscuring the skin return because the receiver can only see the huge amount of noise energy.

Another well-known jamming method, digital radio frequency memory, receives a radar’s RF signal, digitizes it and creates new RF signals based on the received pulse. Because this approach has very fast processing, it can create many pulses or false targets, tricking the radar into “thinking” there are a thousand aircraft instead of just one.

Stealth has been the leading edge in countermeasures for years. Like the other jamming approaches, it confuses the radar about the target: creating uncertainty about whether a target is present or, if it is detected, misconstruing its location or the number of targets. The radar sends out a pulse but cannot get a good skin return. Stealth relies on the design of the fighter’s surfaces and the materials comprising it - which do not reflect RF energy well - so the radar return is very low. However, the stealth code has been somewhat cracked in recent years, and stealth has lost its lead position, unless new countermeasures can be employed to combat successful detection.

This evolution in capability does not need human interaction because the computer decides how to alter its behaviors. When tested or engaged, cognitive systems learn from the experience and modify future behavior - the computer decides the next steps. As these systems advance, they will adapt and alter their courses of action increasingly rapidly. For example, if a radar is trying to track a jet, the adversary’s countermeasures may first stop it from succeeding; with machine learning, the radar would repeatedly try new approaches to successfully track future targets. 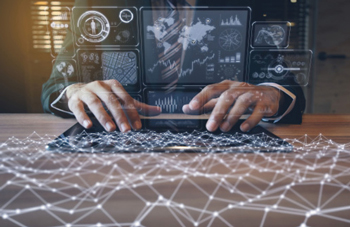 Military technology is increasingly turning to machine learning to create cognitive EW countermeasures to successfully operate in these complex electromagnetic environments. These systems use software-defined capabilities to gain operational flexibility in congested and contested environments, quicker upgrades and greater affordability (see Figure 1). Software-defined systems can alter parameters such as waveforms, frequencies, techniques and timing. This rapid pace of change will be faster than most system development lifecycles.

Combining cognitive approaches, increased capabilities and lower cost leads to threats evolving more quickly than the responding countermeasures can be built. The issue of congestion further complicates the effectiveness of countermeasures, as the crowded EM spectrum often yields an overwhelming noise floor, so some signals of interest get lost in the noise. With the trend of more affordable and sophisticated technologies, some adversaries can create systems that hide within the noise - the challenge is like finding the proverbial needle in a haystack. Even if the system does pick out the right signal and identifies it, the signal can change in a moment. Nonetheless, the system must separate the relevant from the irrelevant data to yield actual intelligence, so the signals of interest are detected and located. 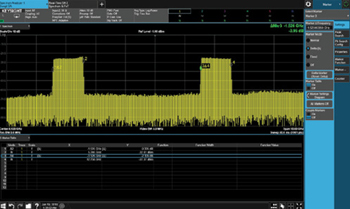 A hindrance to success is that EW systems traditionally work off legacy, fixed information about the EM environment. Such systems identify radars by characteristics such as appearance and emitted RF energy and usually employ these steps:

With the rapid evolution of cognitive EW threats, this database approach becomes unwieldy, especially when interacting with unknown threats from unknown origins demanding a quick response. If a threat radiates on one frequency, then changes frequency moments later, it poses a problem for militaries using such databases. If the data is constantly changing, the database will not be current or useful. 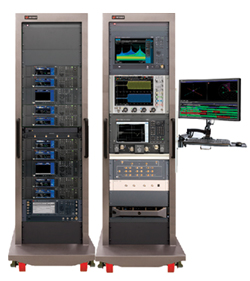 Figure 3 Responding to technology advancements in the threat environment, EW systems must be flexible, scalable and meet program and test requirements.

As a result, militaries are moving away from legacy systems and adopting approaches that respond to new threats with machine learning. Rather than rely on a fixed database, newer systems learn and adjust as the threats do. They can better detect and analyze advanced threats, adjusting and keeping pace as those threats change, based on observed behaviors (see Figure 2). Advances in countermeasure analysis also test and stress the system’s response to a dense threat environment, as real world scenarios have large numbers of simultaneous threats.

In contrast, newer systems emulate real world threats, generating and sending signals (see Figure 3). They help the military detect and analyze these signals more quickly, providing the knowledge and opportunity to respond with the optimal countermeasures. As threats augment their capabilities, electronic countermeasures must also boost capability. Even with these newer methodologies, challenges arise analyzing modern electronic countermeasures. Ironically, countermeasure analysis will prevail by leveraging much of the same advancements used by the threats: cognitive capabilities, software-defined radios and highly increased processing power.