We use cookies to provide you with a better experience. By continuing to browse the site you are agreeing to our use of cookies in accordance with our Privacy Policy.
Home » Agile IF Architectures Enable Flexible EW and ELINT Systems
Aerospace and Defense Channel

About one century ago, Armstrong and Levy independently filed patents for receivers incorporating the superheterodyne principle. This revolutionary idea used a variable frequency oscillator to tune the RF input, allowing a range of RF frequencies to be converted to a fixed intermediate frequency (IF). By fixing the IF output of the down-converter, it became much easier to design and build the rest of the system - since low frequency, narrowband components performed better and were less expensive. This simple idea set the groundwork for modern wireless systems. 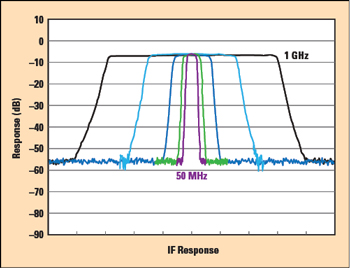 Figure 1 Agile IF bandwidths from 50 MHz to 1 GHz.

Relying on a fixed IF does compromise frequency planning. Some applications require a wide IF bandwidth to digitize a wideband signal; others are better suited to a narrower IF with better sensitivity. Since different microwave converters use different IF bands, matching them with digitizers is challenging. To address this, Mercury Systems has implemented a novel, agile IF architecture that maintains the benefits of the classical superheterodyne system while providing flexibility to dynamically adjust the IF band, enabling optimization from mission to mission and easy integration with various digitizers (see Figure 1).

While an agile IF architecture can be used in various applications, the benefits are critical for electronic warfare (EW) and electronic intelligence (ELINT). Unlike most communication and radar systems, where both the transmit and receive sides of the link are defined, EW and ELINT systems process an adversary’s signal. Since they span a wide range of frequencies and bandwidths, modern EW and ELINT systems must be highly flexible. This is one of the primary challenges designing such systems and is also the key reason EW and ELINT systems typically have wide bandwidths. With an agile IF architecture, they can be dynamically optimized for a specific mission, ensuring their capabilities stay ahead of new threats.

As adversaries harness readily available commercial technology, the U.S. and its allies must have the ability to rapidly update existing systems to control the electromagnetic spectrum. As upgrading system elements is both costly and time consuming, hardware with the capability to reduce the scope of system changes provides a strategic advantage. Here, the agile IF architecture provides an additional benefit: by adjusting the IF band, the user can adapt a single microwave converter to operate with various components, which both reduces the cost to upgrade and enables the latest EW and ELINT technology to be deployed rapidly. Adopting this architecture, system hardware can be dynamically optimized for specific missions. The following sections describe these differentiators.

Imagine you are the EW officer on an aircraft, scanning the spectrum for threats and other signals of interest. You use a microwave tuner to down-convert a portion of the band to IF, which is digitized and processed. The scanning continues as the microwave tuner is re-tuned to the next RF frequency range. The amount of spectrum down-converted in a single pass is known as the instantaneous bandwidth (IBW). For scanning large spans of spectrum, it should be as large as possible. By maximizing the IBW, the system can observe more of the spectrum simultaneously and capture signals with a wide bandwidth. For example, a 2 GHz IBW covers the 6 to 18 GHz band in six steps, while a 1 GHz IBW requires 12.

A narrower IBW is preferred for other applications, such as collecting a specific signal rather than scanning the spectrum for signals of interest. If a signal is only 200 MHz wide, for example, there is no need to capture 2 GHz of spectrum. Capturing an unnecessarily wide band results in the digitization and collection of noise, causing the storage medium to fill quickly. Also, optimizing for a wide bandwidth requires a trade-off in the performance of the converter. Typically, maximum sensitivity and dynamic range are achieved with a narrower bandwidth. A low level signal compared to the background noise requires a high sensitivity receiver, which is much easier to implement with a narrow IBW.

By dynamically adjusting the IF band, the IBW can be optimized for a specific application, enabling a single microwave converter to be used without sacrificing performance. Previously, multiple converters were required. This multi-IBW solution reduces cost and helps minimize total system size.

Turning to the digitizer following the microwave converter, in receive, the RF signal is down-converted to IF, then feeds an analog-to-digital (ADC) converter, where it is digitized for processing. In transmit, the processed digital signal is converted back to IF by a digital-to-analog converter (DAC) and up-converted to RF. To maximize system performance, the IF frequency from the microwave converter must be compatible with the digitizer. Often, this requires a custom microwave front-end; however, an off-the-shelf front-end with an agile IF architecture operates with many ADCs and DACs, reducing cost and supply chain complexity.

Returning to the example from the previous section, assume that optimizing system performance requires dedicated digitizers for each scenario: 1) scanning the spectrum for signals and 2) analyzing a specific, narrowband signal. While the scanning system might use a 12-bit digitizer, the narrowband system will perform better with a higher resolution, 16-bit digitizer, enabling detection down into the noise. However, these digitizers likely require different microwave frequency converters. While it is possible for each system to have its own custom-designed frequency converter, it will increase the development cost and supply chain complexity. Also, with separate frequency converters, it is not possible to reconfigure a system in the field. However, as noted, an agile IF architecture enables a single frequency converter to support both wideband and narrowband applications.

The agile IF architecture simplifies system updates. In an environment of rapidly emerging electronic threats, EW and ELINT systems must be regularly updated to incorporate the latest technology. Unfortunately, these updates are time consuming and costly. Using an agile IF architecture makes it possible to reuse the same microwave frequency converter through multiple system upgrades, which extends the operational life of the converter and significantly reduces cost. Of the types of technology improvements that drive system updates, most of the changes are on the digital side, due to pace of processor and software technology driven by Moore’s Law. While the performance of the microwave converter will likely support multiple upgrades, the system needs the latest generation of ADCs and DACs. With a traditional system, updating the digitizer requires changing the microwave converter.

Figure 2 1 GHz IBW IF centered in the second Nyquist zone. 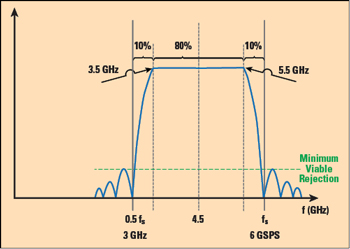 Figure 3 2 GHz IBW IF centered in the second Nyquist zone.

To illustrate, assume an EW system with a broadband microwave front-end and a digitizer designed to process signals from 6 to 18 GHz. For this application, a digitizer with a sample rate of 2.5 GSPS is selected, using the second Nyquist zone, i.e., from 1.25 to 2.5 GHz. However, the roll-off of the anti-aliasing filter makes the usable bandwidth closer to 1.375 to 2.375 GHz. Hence, to use this specific digitizer requires a microwave transceiver with RF coverage from 6 to 18 GHz and 1 GHz IBW, from 1.375 to 2.375 GHz (see Figure 2).

After developing and fielding this system, assume new threats emerge that require a 2 GHz IBW. To update the system, a new digitizer with a sample rate of 6 GSPS is chosen. Accounting for the anti-aliasing filter, the second Nyquist zone for this digitizer is from 3.5 to 5.5 GHz, which meets the 2 GHz bandwidth but might possibly require a new microwave transceiver (see Figure 3). With an agile IF architecture, however, the original transceiver can simply be programmed for a different IF band.

This article and case study show the benefits of agile IF technology: instead of designing a new microwave transceiver, a costly and time intense effort, the original transceiver can simply be programmed to a different IF band and IBW. This ability to optimize the IF from mission to mission, as well as configure the converter to operate with a range of digitizers, enables a flexible and more future-proof approach to EW and ELINT system design. As new threats emerge, this capability is critical to maintaining spectrum superiority.

Mercury Systems is employing this architecture with its portfolio of microwave tuners and high performance digitizers (see Figure 4).