We use cookies to provide you with a better experience. By continuing to browse the site you are agreeing to our use of cookies in accordance with our Privacy Policy.
×
Home » EL AL Airlines Chooses ViaSat for Internet Service on 787 Aircraft
Aerospace and Defense Channel Broadband Channel European Industry News Industry News

To provide internet access from the air, ViaSat uses Ka-Band links with geostationary satellites, using the ViaSat-2 satellite for coverage in North America and across the Atlantic to Europe and KA-SAT for coverage in Europe. According to ViaSat, ViaSat-2 provides the highest capacity of any communications satellite in orbit and the most Ka-Band capacity across the Atlantic (see figure). The KA-SAT satellite, jointly owned by ViaSat and Eutelsat, has the most satellite capacity over Europe.

Nimrod Borovitz, head of strategy and business development at EL AL, said, “We made a promise to our passengers as well as our flight and ground crew to deliver the future of the connected aircraft, where we could provide on-the-ground internet experiences — with the industry's fastest speeds and highest quality — at 35,000 feet. By partnering with ViaSat, we feel confident we can achieve this goal.” 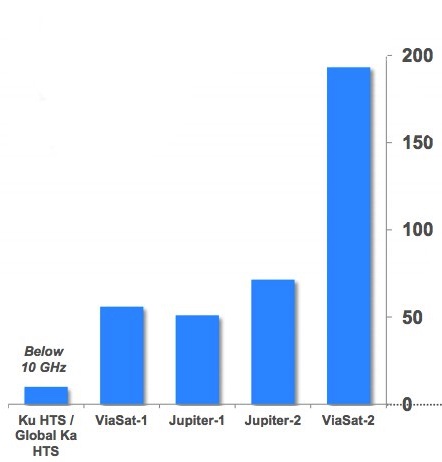