We use cookies to provide you with a better experience. By continuing to browse the site you are agreeing to our use of cookies in accordance with our Privacy Policy.
Home » Ampleon Introduces Gen10 Series of LDMOS RF Power Transistors
Cellular 4G/LTE Channel European Industry News Industry News 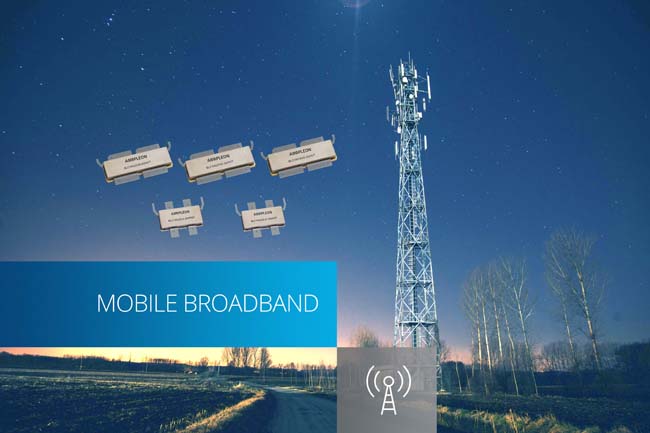 Ampleon announced the Gen10 series of LDMOS RF power transistors that the company says delivers record efficiency of 52 percent and 18 dB of gain at 1.8 GHz in wireless infrastructure power amplifiers (PA). Designed to meet the demands of the cellular industry for more power efficient base stations, the Gen10 family reduces power consumption, shrinks the size and weight of the PA and lowers the operating temperature of infrastructure equipment.

Thanks to an innovative implementation of internal decoupling, the transistors have wideband operation, where a single PA can cover a complete LTE band simultaneously.

Fred van Rijs, senior director of the LDMOS program at Ampleon said, “This is a breakthrough showing that major performance increases are still possible with LDMOS. These improvements of around 2 dB of gain and five points of efficiency significantly contribute to a greener planet by lowering the power consumption of wireless base stations.”

Gen10 devices are assembled using Ampleon’s innovative and cost-effective ACP3 packaging. The Gen10 family of devices will be showcased on Ampleon’s booth (914) at the 2017 International Microwave Symposium, 6 - 8 June in Honolulu.