We use cookies to provide you with a better experience. By continuing to browse the site you are agreeing to our use of cookies in accordance with our Privacy Policy.
×
Home » Harris selected for Australian battlespace communication system
Aerospace and Defense Channel Industry News 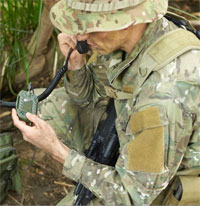 Harris Corp. has been named the preferred tenderer for an integrated battlespace communication system for the Australian Defence Force.

Under the program, Harris will provide an integrated tactical communications network for voice and data services to tactical forces over line-of-sight and beyond-line-of-sight applications. The solution will include tactical radios and other systems and technology from Harris and other partner companies.

"This agreement reinforces Harris' status as a trusted partner and continues our long-standing commitment to providing the Australian Defence Force with secure communications and networking solutions," said Alan Callaghan, president and managing director, Harris Defence Australia. "Harris is proud to be part of such a pivotal program and to support the Australian Army's continued modernization efforts."