We use cookies to provide you with a better experience. By continuing to browse the site you are agreeing to our use of cookies in accordance with our Privacy Policy.
×
Stay Connected :
Home » PT Expo: A portal to the world's largest telecom market
Industry News IoT/M2M/V2V Channel 4G/5G/Cellular

PT Expo: A portal to the world's largest telecom market

There are technology conferences for devices, others for new processes and those that push the future. And then there are the big systems shows that feature how the applied technology makes life more productive.

PT Expo Comm China is an international trade fair with accompanying conference for the information and communications technology (ICT) industry. Held 22-25 September at the China International Exhibition Center in Beijing, China’s regional telecom show is the largest telecom conference in northeast Asia. The event hosts local and international systems firms; the requisite regulatory bodies such as the Ministry of Industry and Information Technology (MIIT), the equivalent of the FCC in the U.S.; the China Academy of Telecom Research (CATR); sub-systems suppliers; and the in-country carriers (China Mobile, China Unicom and China Telecom). 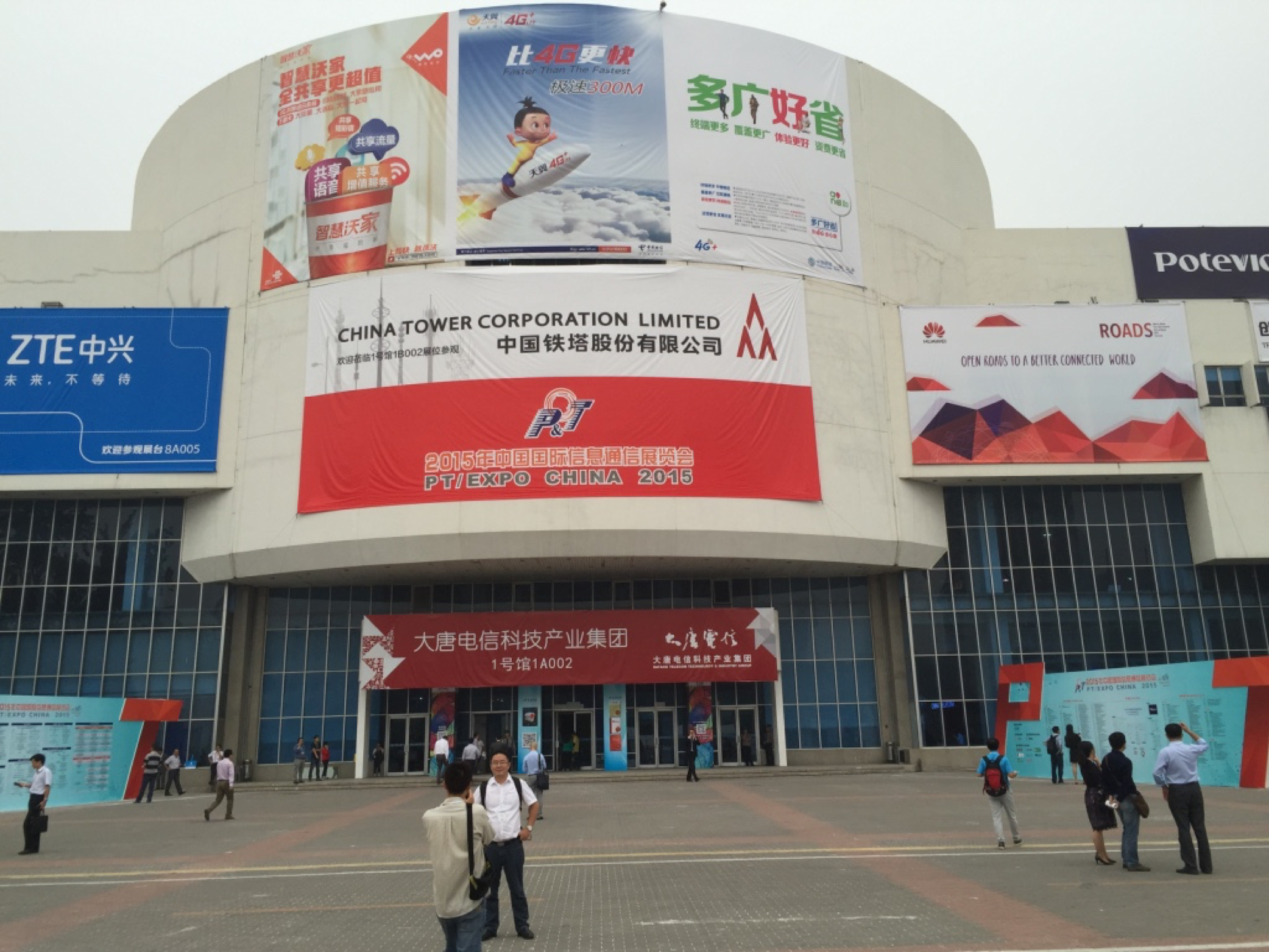 Serving over 85,000 attendees, it occupies eight large convention halls and is a massive coming out show for industry, with over 500 exhibitors: carriers, systems, equipment and software firms, many from around the world. PT Expo has all the glitz and gala, noise, stunning graphics, pounding music and eye candy one would expect to see at any other international show.

Due to the sheer size of the telecom market in China — with over 1.3 billion mobile subscribers and a vast number of suppliers — and the number of exhibitors and attendees participating in the conference each year, PT Expo rivals CommunicAsia of Singapore, CTIA in the U.S. and Mobile World Congress in Barcelona. This conference draws 35,000 to 40,000 attendees on the average day. Visitors can find in-depth and comprehensive information about the latest developments, trends, services and products in the industry. The attendees, exhibitors and speakers come from all parts of the globe to test the pulse of what is the largest telecom market in the world today.

As expected, PT Expo hosts and promotes the local systems equipment firms: Huawei, ZTE, Datung, Comba and Sunwave, among others. Big U.S. and European players such as Ericsson, Nokia and Alcatel-Lucent also participate, hosting their own invitee only, closed door views of their latest systems architectures and hardware. This veil of secrecy, also adopted by Huawei, attempts to show only potential clients — the carriers in China and the world — the advantages each company offers to address the ever-growing demand for more bandwidth and higher download speeds.

The mobile operators and MIIT are there to throw out their respective concepts for the future and attract the needed technology investments to leap to the next level of performance and revenue. 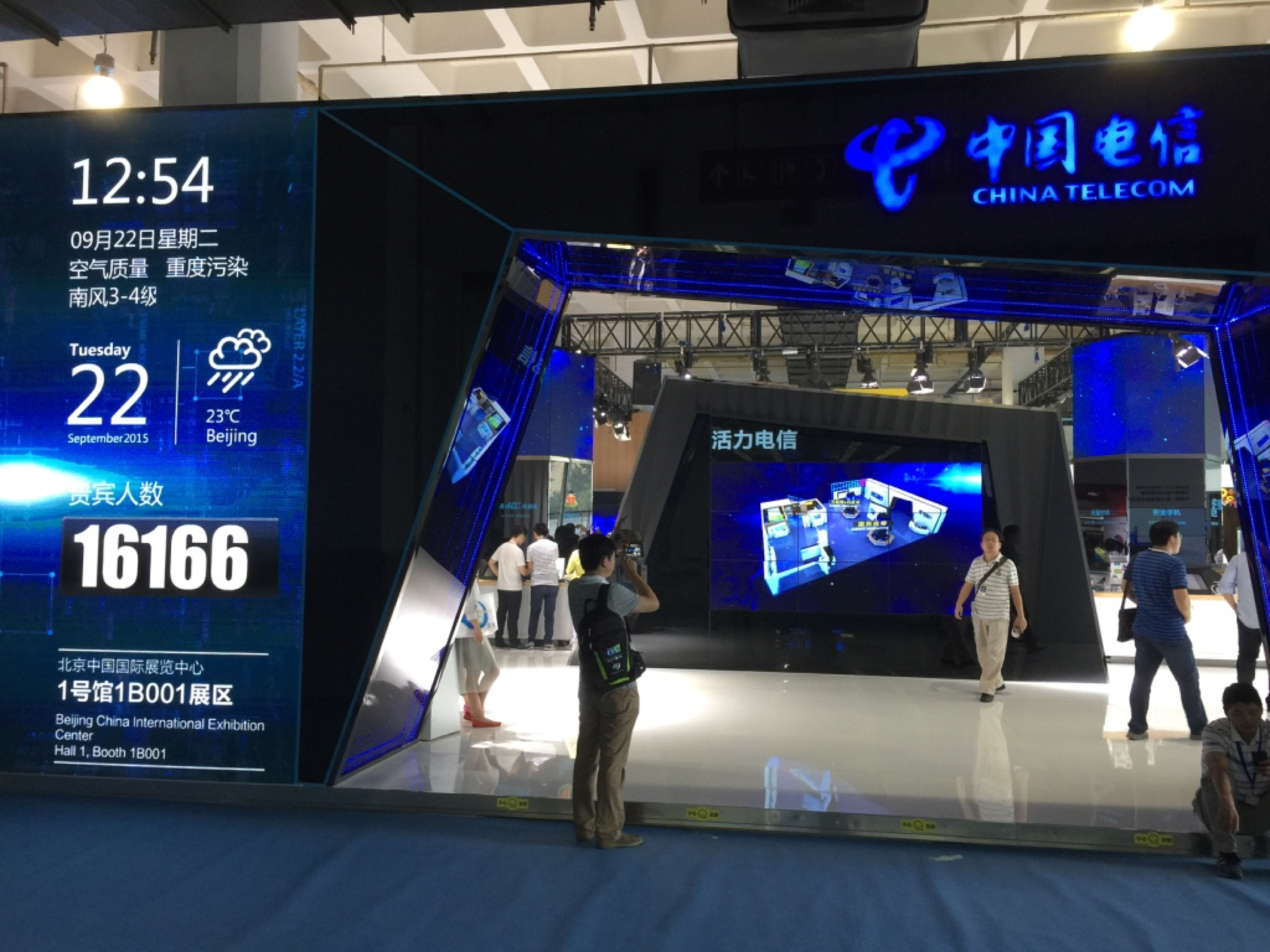 For someone attending PT Expo, the vision for the future is crystal clear: everything must become connected, all the time, from all locations and with higher data rates and lower latency. This is the Internet of everything (IoE): connected businesses, connected cars and highways, connected home appliances and security — all contributing to the vast trough of information being disseminated in microseconds to each and every device, whether for commerce or personal use. Faster, faster, faster is the objective for all this ingenious technology.

Regulatory issues are reaching a crescendo, as the regulating bodies such as MIIT believe that more efficiencies can be achieved through cooperative endeavors. China Tower Corporation is a good example, formed to consolidate new site acquisition and leasing, co-locate carrier equipment, purchase common equipment and establish an integrated on-line system for bidding. The MIIT has also awarded FDD LTE licenses to the carriers in China, upgraded system standards for carriers and distributed antenna systems (DAS) and is aggregating the carriers' unused bandwidth to increase data rates, as well as planning China's 5G rollout.

Of course, the rollout of 5G depends on when the requirements are finally defined and standardized and which technologies will be adopted. For China, the dream is for 5G to begin by 2020.

At PT Expo, the messaging for the coming five years surrounded this everything connected all-the-time aspiration, which will be implemented in steps tied to the major use cases:

Connected businesses and homes — The increasing needs of business-to-business data communication via machine-to-machine (M2M) is making ever-connected commerce a financial reality. M2M will become a larger portion of the bandwidth demand than person-to-person due to business needs for constant data and financial transactions. In the home, interconnected appliances, control and security systems will make the connected home operate more efficiently. Interactive video surveillance will be a major part of the bandwidth demanded by both business and home systems. 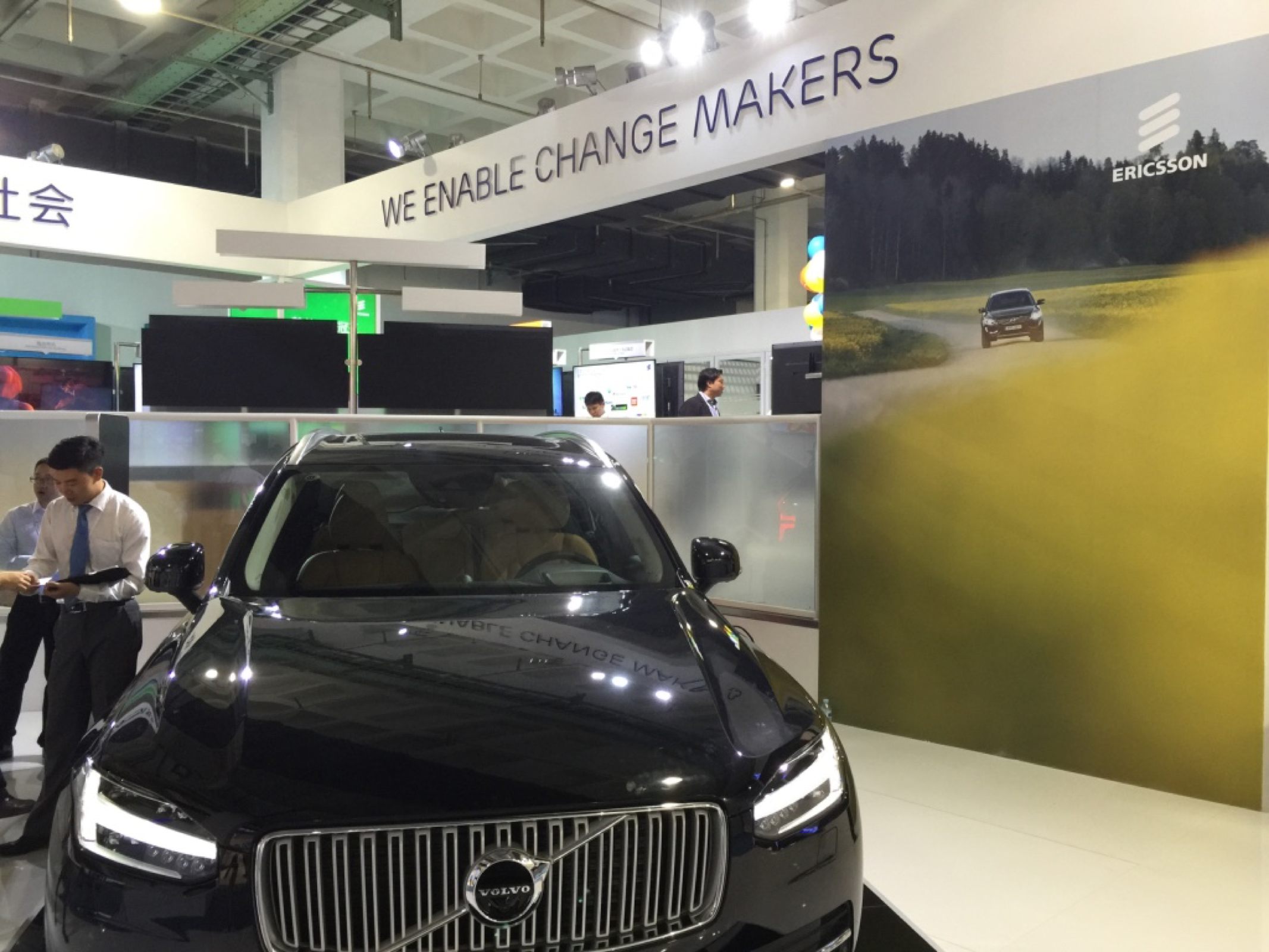 Connected cars will comprise systems for mapping, safety, control and feedback, if not full autonomous operation.

5G — To support even higher data rates, 5G will capitalize on all available bandwidth and spectrum, adding new bands such as 3.5 GHz and even 60 GHz. Backhaul will use a mix of technologies, including point-to-point radio, fiber and satellite.

Technology, including much of what we microwave design engineers develop, is continually challenged by market forces. Whether RFICs, modules, digital baseband, antennas or power systems; whether GaAs, GaN or silicon; anything that is integral to the performance and operational efficiency of the system feels the pressure. System requirements that push for ever higher frequencies and greater bandwidth require more complex, higher order modulation schemes that, in turn, push the frequency, power, efficiency and linearity envelope for RF devices. The same pressure drives the performance and speed of baseband ICs.

These rapidly evolving use cases and system requirements demand more from our microwave subsystems and components and lead to the newest advances in device technology, such as GaN (whether GaN on SiC or GaN on Si). The commercialization of GaN is the first new compound semiconductor technology to move into volume production since the days of GaAs commercialization in the early 90s. Until now, the mainstay of base station PAs has been Si-based LDMOS. With the move to higher frequencies (above 2.5 GHz) and broader bandwidths (exceeding 200 MHz), GaN begins to show clear advantages to system designers. GaN's efficiencies lead to "greener" devices, especially at the higher frequencies, and GaN costs are dropping rapidly. With the push to 3.5 GHz for some systems, and the evolution to integrated and connected systems for 5G, GaN's advantages over Si LDMOS seem even stronger.

The drive to connect everything relies on a menagerie of technologies to make the dream real. The carriers, system houses and regulatory bodies have collaborated to take the first step, a step which is challenging technology innovators to take the baton — a theme heard repeatedly and loudly at every conference worldwide.

The PT Expo Conference is a forum for industry experts to present current models, future objectives and environmental changes. It's a forum for pushing closer collaboration, technological excellence and inspiration for greener operational systems.

While no longer the best venue for chip manufacturers, PT Expo offers companies with module and integrated solutions a single location for exposure to potential customers in the industry. For subsystems houses and other suppliers, it’s the best place to exhibit and market to the systems players, to network and make key contacts. PT Expo, as with the other telcom exhibitions, is a perfect showcase of what could be when systems align with technology and future market demands.

Bob Pinato is president of International Connections Consulting in Shanghai. 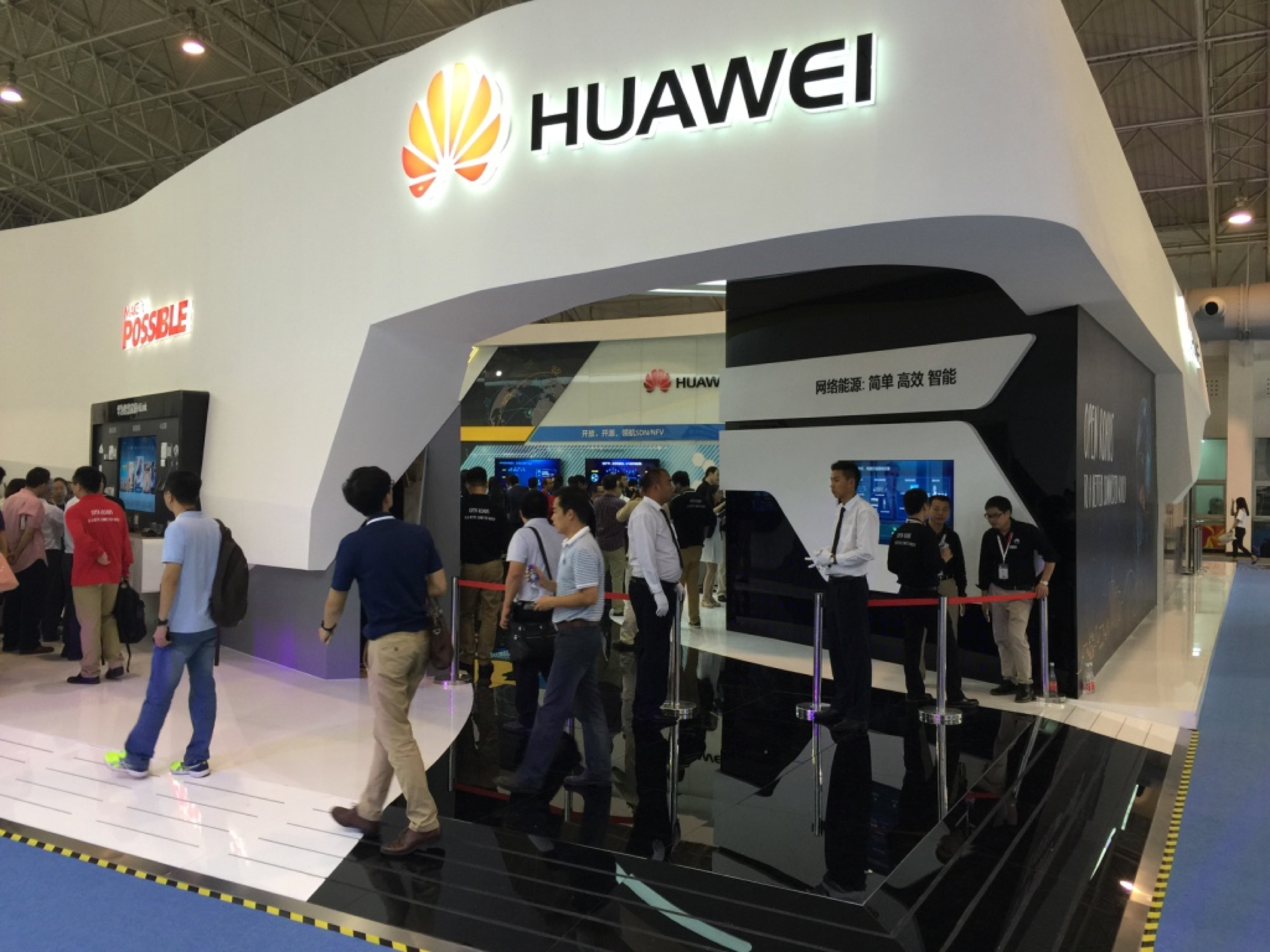 China to become the largest market for smartphones in 2012