We use cookies to provide you with a better experience. By continuing to browse the site you are agreeing to our use of cookies in accordance with our Privacy Policy.
×
Home » TRM celebrates 45 years and is now a certified woman-owned small business
Aerospace and Defense Channel Industry News 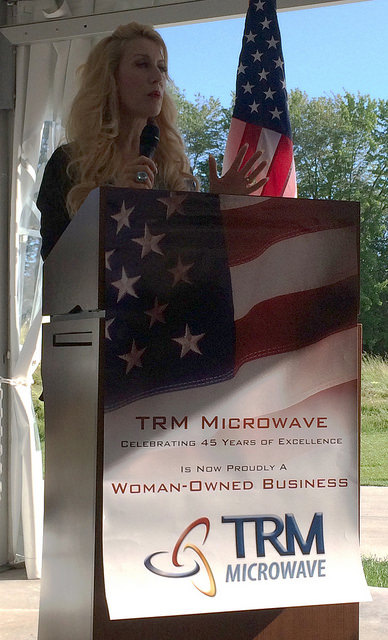 Joining a growing sector of Granite State manufacturers, TRM Microwave of Bedford has transitioned to a certified woman-owned small business. The decision to transfer the future of TRM, a major supplier of defense-related passive RF components, from Anthony Tirollo to current CEO Wendy Tirollo coincides with the company’s 45th anniversary.

"We've worked on our succession plan for several years and the time is right for the transition of ownership to Wendy," said Anthony Tirollo, who will remain active and involved as TRM’s Chief Technology Officer. "Wendy and I have the same goal of ensuring that  TRM flourishes and continues to grow for another 45 years and beyond as an independent company and I trust Wendy will continue operating the business with same level of commitment to serving our customers that we have become known for."

Wendy Tirollo joined TRM in April of 1994 and played a key role in the company’s initiative to become one of the first RF manufacturers to achieve ISO certification where she was exposed to all aspects of the business. Two years later, she became the Director of Human Resources. In 2010, after several years of mentoring from Anthony, she officially took the role of CEO, changed the name of the company from Technical Research and Manufacturing to TRM Microwave and embraced rebranding efforts, which included launching a new Web site.

Since then, Wendy has refined her focus, ensuring the business is running smoothly on all fronts, and working closely with COO Mark Schappler and CFO Doug Cobb. Her leadership approach is demonstrated by a commitment to ensuring that TRM continues to reinvest in the business and attract and retain the best talent in the industry.

“I’m honored and extremely grateful to have been mentored by Tony and I am excited to continue working side-by-side with him. The change in ownership will not disrupt our day-to-day business in any way,” she said. In fact, we are on track with ourgrowth goals, and are working closely with our customers to secure future business. “We want our customers and employees to know that we are excited about the company’s future, and transitioning to a Woman Owned Small Business is a powerful step in the right direction.”