We use cookies to provide you with a better experience. By continuing to browse the site you are agreeing to our use of cookies in accordance with our Privacy Policy.
×
Home » Blogs » Pat Hindle, MWJ Editor » 2016 RF/Microwave Industry Predictions 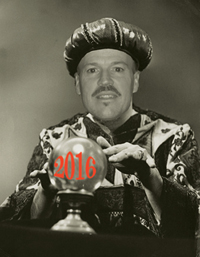 1.       The Internet of Things (IoT) market will focus mostly on industrial and medical applications as the ROI on other applications will be too low with current technology

2.       5G system research will continue to struggle on how to incorporate both high capacity, low latency systems with low data rate, low cost IoT needs - there will be a major fallout of companies focusing on proprietary low power IoT networks as other open standards take hold

3.       The FAA will finally release rules on drones for commercial use and the industry will have to push back as they will be too restrictive for most commercial applications

4.       Even though the Chinese markets struggle, they will acquire a record number of semiconductor companies around the world spending hundreds of millions on acquisitions

5.       GaN devices will reach the cost of mainstream LDMOS and start penetrating commercial applications in volume

6.       GaAs device demand will drop significantly as SOI and GaN display it in major markets

7.       Test/Measurement companies will focus on complete systems that integrate software and hardware seamlessly into a turnkey product (primarily PXI based systems)

8.       The commercial space companies will continue to succeed and the market will take off

9.       Autonomous vehicles and vehicle-to-vehicle communications will become reality much faster than anticipated and be a major focus for RF companies – a major car maker will release a fully autonomous car into production

Let me know what you think will happen in 2016.