We use cookies to provide you with a better experience. By continuing to browse the site you are agreeing to our use of cookies in accordance with our Privacy Policy.
Home » Blogs » David Vye, MWJ Editor » Do Engineers Make Good Presidents?

David Vye
2 Comments
According to WikiAnswers.com, two US Presidents had university degrees as engineers. They were Hebert Hoover and Jimmy Carter. Herbert Hoover, the United States 31st President, studied mining engineering at Stanford University, graduating in 1895. Jimmy Carter, the 39th U.S. President , attended Georgia Tech and the United States Naval Academy, from which he graduated in 1946. Carter served in the Navy for 10 years as an engineer working with nuclear-powered submarines.

Hoover – a republican, deeply believed in the Efficiency Movement (a major component of the Progressive Era), arguing that a technical solution existed for every social and economic problem. In the first year of his presidency (1929). Hoover tried to combat the Depression with volunteer efforts and government action, none of which produced economic recovery during his term. The consensus among historians is that Hoover's defeat in the 1932 election was caused primarily by failure to end the downward spiral into deep Depression. 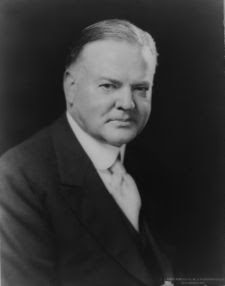 Carter – a democrat, was elected after the Nixon Watergate scandal, perhaps signaling Americans desire for an “honest” politician. Reflecting his engineering background, Carter created two new cabinet-level departments: the Department of Energy and the Department of Education and established a national energy policy. In general, Carter’s energy conservation efforts were not well-received by the American public. The final year of his presidential tenure was marked by several major crises, including the 1979 takeover of the American embassy in Iran and holding of hostages by Iranian students, a failed rescue attempt of the hostages, serious fuel shortages, and the Soviet invasion of Afghanistan. By 1980, Carter's disapproval ratings were significantly higher than his approval 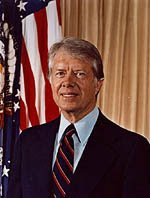 Both engineers-turned president left office with poor approval ratings and neither served more than one term. While this is true for other presidents, we have yet to prove that an engineer can make a great president. This year it is not even a choice. So whoever does win let’s all hope he is good for engineers and the scientific community as a whole. Hopefully the next administration will hear our concerns to preserve a vibrant commercial and military microwave industry, the need for training our next generation of engineers and all else that impacts our business. But today, make sure you get out and vote. Too many people have sacrificed for us to have this right, it is not to be wasted.