We use cookies to provide you with a better experience. By continuing to browse the site you are agreeing to our use of cookies in accordance with our Privacy Policy.
Home » Blogs » David Vye, MWJ Editor » Stranded Microwaver in Europe 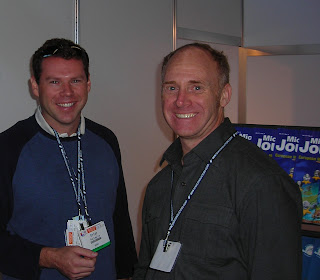 Brian Battaglia is the Sales and Marketing Manager for Integra Technologies, a leading manufacturer of high power rf/microwave transistors (i.e. LDMOS). He e-mailed his friends and acquaintances today to say that the volcano in Iceland that has shut down air travel in Europe has stranded him in Rome during a business trip. I asked Brian if he would like to share his story on this blog for our readers. Break out your violins fellow microwavers, here's his tale of "Whoa in Rome".

I don’t know much about blogging but I always have stories to tell.

One week in Europe including Sweden, Rome and Italy. After a few days in Stockholm at the S.E.E. (Scandinavian electronics event) my flight arrived in Rome on Thursday last week. Upon landing I checked my blackberry and saw several messages – from my mom, girlfriend and boss – concerning the volcano eruption which I had not heard about yet. I may have been one of the last flights out of Sweden since this was big news by the time I landed. Somewhere between baggage claim and customs I found the VP of Amplifier Design of Integra who had just arrived from Los Angeles and we made our way to Rome. We had meetings on Friday and were not planning on leaving until Sunday so the volcano seemed like a temporary disruption that would clear up soon surely by the weekend.

On Friday we visited Selex Systemi Integrati a big customer for high power RF transistors globally. The cancellations started expanding across Europe but we weren’t leaving until Sunday and that seemed far away. Saturday was site-seeing (St. Peters/Vatican City/Pantheon/Trevi Fountain) in Rome with plans to leave the next day if the skies opened up. Sunday morning the news seemed hopeful as the no-fly zones were intended to be removed that night. However it soon became apparent that the European agencies were being extremely cautious and the delays kept coming. The stress of the situation mounted quickly – another hotel night accommodation – same hotel, same room, a little over double the price! New tickets purchased through US travel agency that showed flights leaving EARLY Monday morning i.e. 6:30AM. This meant ordering taxi for 3:30AM and 2:30AM wake up calls.

A quick check of the Internet near midnight brought bad news – additional delays over all of Europe. Although we booked on a US domestic carry the flight was routed through Amsterdam. KLM of the Netherlands wished to start flying on Monday but the government would not allow it. This meant cancelled flight and cancelled taxi, however, my Italian must not be so good since the wake-up call still came! The problem is that the airspace has not been cancelled for a few days…no what they are doing is saying everything will open in 12 hours and that has been repeated for the last five days. So every time you check it seems ok but as the 12 hours get closer it moves another 12 hours. It reminds me of the bar back in NY with a sign saying “Special: Free Beer Tomorrow” and when you return the next day of course the same sign in place.

For clothing first you use your casual dress which soon runs out, then back to your business clothes which eventually run out, so today I am wearing a soccer jersey with the name of the local team captain on the back. With decent Internet connections work can still be done as hot ash does not stop emails from piling up. All and all I don’t expect much sympathy from friends, family and colleagues with being stranded in Rome for a week: history at every turn, great fashion, food and wine. Wednesday is Italy’s National Birthday and all museums were free. Thursday is my birthday and Friday we have flights back to US via Chicago via Chicago. Maybe.

Good luck Brian, we hope you make it home in time for your birthday.