We use cookies to provide you with a better experience. By continuing to browse the site you are agreeing to our use of cookies in accordance with our Privacy Policy.
×
Stay Connected :
Home » Blogs » 5G » How to Reap 5G Rewards Without Industry Standards

How to Reap 5G Rewards Without Industry Standards

Will Sitch, Director of Industry and Solutions Marketing, Keysight Technologies

With all the hype around 5G solutions recently, you would think that we were on the cusp of rolling out next generation mobile networks en masse. The truth is that the standards process is far from over, and wholesale deployment is even further away. Although the 3rd Generation Partnership Project (3GPP) standards body declared the completion of the first set of 5G specifications in December, much less has been specified at this point than when the first 4G LTE specifications were released in December 2008, and 5G is a much more complex system. More standards are forthcoming, but until then, component, chipset, device, and network equipment manufacturers need to move forward with developing 5G technology. The reward for being first to market is too great.

Creating realistic environments for radiated testing could help bridge this standards gap—giving architects and designers a way to move forward with 5G development while the standards process catches up. As we saw with 4G, it’s this combination of strong standards and robust testing methodology and tools that leads to successful products. The winner in all this? Consumers who will benefit from the high-bandwidth, low-latency applications that 5G aims to deliver.

The first round of 5G standards were approved by 3GPP in December, focusing on new-radio (NR) specifications that piggyback onto existing LTE networks. Enhancing these existing 4G networks provides a marginal performance bump but falls short of delivering the low latency required by truly transformative applications such as augmented reality and remote robotic surgery. If anything, the December announcement simply gives developers and manufacturers rough guidelines for developing the first wave of 5G-enabled technology like fixed point-to-point wireless solutions to address the “last mile” problem.

Standalone 5G specifications are not targeted for release until June. These will focus on core specifications like power accuracy, signal quality, channel coding and signaling procedures. Performance specifications won’t be finalized until a third report is published in December 2018. This third round of standards will determine how 5G technology needs to perform on aspects such as throughput in non-ideal conditions or how long it takes to search for a new cell tower. This means that the industry will have solid standards in place for the physical and signaling layers, but only basic radio frequency requirements and no radio performance requirements until 2019 at the earliest.

Many people will tell you that this represents phenomenal progress by 3GPP. They are attempting to establish technical standards for 5G in half the time it took to define 3G and 4G. However, you must look at exactly what has been published. Given the timeline above, we are woefully behind where 3GPP was with 4G standards at this point in the process in 2008. It may have taken longer to initially publish, but the first LTE specifications were quite comprehensive. A simple page count would tell you that LTE was five times ahead of where we are today.

A Way to Push Development Forward

Typically, a careful and deliberate standards process would be the impetus for launching new technology features. However, the enormous hype surrounding 5G has accelerated the need to deliver truly transformative experiences that 5G has promised. The first wave of 5G-enabled technology like fixed wireless can move forward, but consumers who have been hearing about successful Gigabit-per-second transfer rate demonstrations at football games, the Olympics, and at testbeds in select U.S. cities this summer aren’t going to be happy. They’ve been promised higher transfer rates, lower latencies, and the resultant killer applications that accompany a true 5G rollout, and they aren’t going to understand that the standards haven’t even been completely finalized. They want their faster speeds and immersive experiences now.

Meeting these unrealistic expectations is not going to happen, but device and network equipment manufacturers can continue their product development momentum by focusing on the big unknowns at this point: developing three-dimensional channel models by performing field testing, and performing lab testing with network and channel emulation based on those models. This would give designers, manufacturers, and even service providers a way to move forward with 5G development as the standards process continues.

The problem is that the industry needs to develop a whole new set of testing standards for 5G due to the additional complexity of the standard. Traditionally, testing has been conducted by connecting devices to testing systems with cables, and the simple air channel models used have been sufficient for simple MIMO and sub-6GHz communications. However, 5G’s new millimeter-wave frequency bands are going to require over the air testing, and both high-frequency communications and new sub-6GHz Massive MIMO techniques will require much more complicated three-dimensional air channel models.

The 5G standards process is not as mature as 3GPP would have the public believe. It will not be complete until early 2019 and even then, it looks like there will be large gaps in the standard that will need to be filled in later. When you add in product development time, there’s still a long way to go before real 5G-enabled products will be ready for primetime. In the meantime, developers can create realistic testing environments both in the lab and in the field to test the capabilities of their 5G products during on-going development. This will allow 5G momentum to continue while letting the standards process play out. 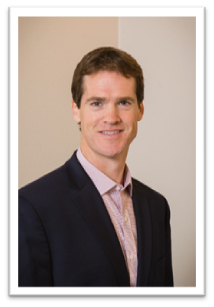 Will Sitch is the Director of Industry and Solutions Marketing at Keysight Technologies. He has deep knowledge and expertise regarding 5G, IoT, and high-speed digital industry trends and is a natural storyteller.

He holds Bachelor’s and Master’s degrees in electrical engineering from Carleton University in Ottawa, Canada, as well as an MBA from UC Davis in California. He is an avid runner, having completed three of the six marathon majors with sub-3:00 times. Will, his wife, and their three young children live in Santa Rosa, CA.