We use cookies to provide you with a better experience. By continuing to browse the site you are agreeing to our use of cookies in accordance with our Privacy Policy.
×
Home » Blogs » The Wonders of Waveguide » Why Use a Waveguide Variable Attenuator?

The Wonders of Waveguide

MDL experts cover the waveguide and microwave technologies that are impacting the industry. From military radar systems to satellite communications, this blog will discuss the unique challenges engineers face within the microwave and RF fields. We will also examine current and emerging applications that rely upon waveguide technology including UAVs and advanced medical equipment.

Why Use a Waveguide Variable Attenuator? 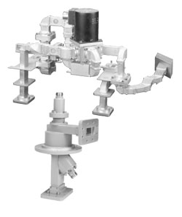 Various methods can be employed to display the attenuation level set on one of these components, from simple mechanical dials to more sophisticated electronic readouts. The choice of attenuation display will typically be determined by the needs of a particular application. Depending upon the need for accuracy, waveguide variable attenuators are available as calibrated or uncalibrated models. Calibrated attenuators are typically verified by a supplier at different spot frequencies and attenuation settings; although these frequencies and attenuation settings can be chosen by a customer to best match the needs of an application.

Once such basic requirements as frequency range/waveguide size, attenuation range, and manual or electronic control of attenuation have been decided, specifying a waveguide variable attenuator is a matter of comparing key electrical and mechanical parameters for different available models. The electrical performance of different attenuators can be compared in terms of insertion loss, voltage standing-wave ratio (VSWR), and power-handling capability.

The power-handling capability can be influenced by a number of factors, including the type of attenuation element used in the attenuator, the types of materials (I.e. -aluminum or brass) used in the construction of the attenuator or even the type of finish applied (such as a corrosion-resistant finish or silver plating).

The mechanical construction of a waveguide variable attenuator may be critical, for some applications. Waveguide size is a function of the wavelength of a frequency of interest, the physical size of most waveguide variable attenuators (such as the length) will be mostly determined by the operating frequency, with lower-frequency attenuators being considerably larger than higher-frequency attenuators, even though they may typically be rated for the same power-handling capabilities. The type of flanges used on the waveguide input and output ports may be of significance or the drive mechanisms’ construction.