We use cookies to provide you with a better experience. By continuing to browse the site you are agreeing to our use of cookies in accordance with our Privacy Policy.
×
Stay Connected :
Home » Topics » Articles Classifications » Industry News

Rosenberger has introduced the High-Speed FAKRA-Mini HFM® automotive coaxial connector series for applications up to 15 GHz and with data rates up to 20 Gbps. 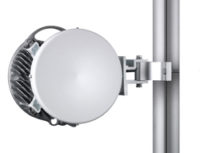 Cambridge Broadband Networks has launched a 31 GHz variant of its VectaStar point-to-multipoint solution to accelerate 5G backhaul and fixed wireless.

Telenor Group and Huawei jointly announced the first 5G based E-Band multi-user MIMO demo in Norway that reached a maximum speed of 70 Gbps.

AT&T has been selected by the First Responder Network Authority (FirstNet) to build and manage the first broadband network dedicated to America’s police, firefighters and emergency medical services (EMS). The FirstNet network will cover all 50 states, five U.S. territories and the District of Columbia, including rural communities and tribal lands in those states and territories. 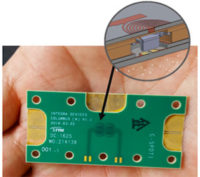 For applications such as reconfigurable and phased array antennas that require density and performance, Integra Devices offers services and custom substrates that allow their customers to include 8, 12 and even 20 GHz relays embedded within the printed circut boards (PCB) and signal path.

Pentek, Inc. introduced the newest member of the Jade™ family of data converter XMC modules. The Model 71851 is based on the Xilinx Kintex Ultrascale FPGA and features two 500 MHz, 12-bit A/Ds with multiband digital down converters (DDCs), one digital upconverter (DUC) and two 800 MHz 16-bit D/As.

HENSOLDT and Leonardo have signed an agreement to offer Mode-5 Identification Friend or Foe solutions satisfy diverse customer’s needs around the world on a case-by-case basis. 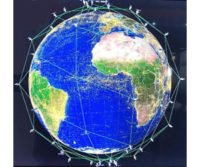 The SATELLITE 2017 conference, held March 6-9 in Washington, reflected the optimism of an industry chasing the promises of broadband and the IoT, fueled by the investments of wealthy entrepreneurs. To wit, Jeff Bezos, who became rich on the success of Amazon, is parlaying that success into his reusable rocket venture Blue Origin and a vision of renewed space exploration. Microwave Journal attended SATELLITE 2017 to see what role the RF/microwave industry is playing.