Aeroflex Ltd., a wholly owned subsidiary of Aeroflex Holding Corp. has announced at CTIA Super Mobility Week that the Aeroflex TM500 family of network test systems now supports the offload of live data calls between LTE and WLAN 802.11ac as well as 802.11a/b/g/n.

All roads lead to Rome - this year, this also holds true for the microwave industry. Rohde & Schwarz will present its wide-ranging portfolio of T&M equipment for microwave applications at European Microwave Week 2014. 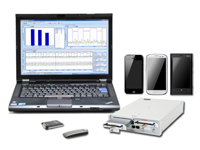 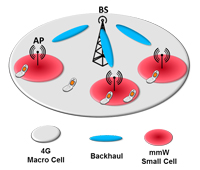 LTE-Advanced network deployments are becoming a tangible reality in 2014. As of the end of 1Q 2014, ABI Research estimates there were ~60 LTE-advanced trials, commitments and commercial deployments worldwide, of which 22 commitments were from Western Europe, 16 from Asia-Pacific, and 5 from North America. In addition, Voice over LTE (VoLTE) is gaining market traction in 2014, providing voice services alongside LTE mobile broadband in a reliable and profitable way.

Soccer fans headed for Mineirão Stadium in Belo Horizonte and Maracanã Stadium in Rio de Janeiro can count on instant access to wireless communications anywhere in the stadium on a network infrastructure enabled by Radio Frequency Systems (RFS).

In a deal worth $1.6 million NEC Corporation is upgrading microwave links on behalf of the Tanzania Telecommunications Company Limited, connecting six key rural and island locations.