We use cookies to provide you with a better experience. By continuing to browse the site you are agreeing to our use of cookies in accordance with our Privacy Policy.
×
Home » From Reconfigurable Intelligent Surfaces to mmWave Beamforming

Commercializing a disruptive technology that was born in an academic laboratory is not an easy task. Greenerwave, the start-up co-founded by Professor Mathias Fink and Geoffroy Lerosey, is a good example. It originally spun-off in 2016 from our laboratory, Institut Langevin, to develop and sell products based on our findings on the concept nowadays called reconfigurable intelligent surfaces (RIS). Yet the concept was too early. It had no market or business model and, facing a technological barrier, had to pivot. This led to developing a unique beamforming application that was energy efficient and flexible and has significant applications, notably at mmWave.

Wave control is Greenerwave’s DNA. Professor Mathias Fink started his career in the 1970s working on novel beamforming approaches for ultrasonic imaging. In the 1990s, fascinated by the physics of waves propagating in multiple scattering media, he proposed the concept of time reversal. Based on the time reversal invariance of the wave equations, it consists in recording the impulse responses between a source and a set of receivers after propagation in or through a complex medium, flipping them in time and sending them back.1 This results, very strikingly, in the focus of the waves in space and time at the position of the original source, onto a spot whose quality is directly linked to some key parameters of the experiment: number of channels used for time reversal, bandwidth and complexity of the propagation medium.

Generally, due to reciprocity, the operation is realized the other way: an array of programmable sources, named a time reversal mirror, plays the role of a source that can focus on multiple receivers. Time reversal was demonstrated in ultrasonics to be a powerful method to harness the complexity of a multiple scattering medium, enabling wave focusing on much sharper spots than those obtained in homogeneous media.1,2 Later, time reversal was shown to permit spatial multiplexing onto multiple receivers over the same frequency range in complex media and, subsequently, proposed as an efficient solution for wireless communications—an early demonstration of mMIMO with ultrasound (see Figure 1a).3 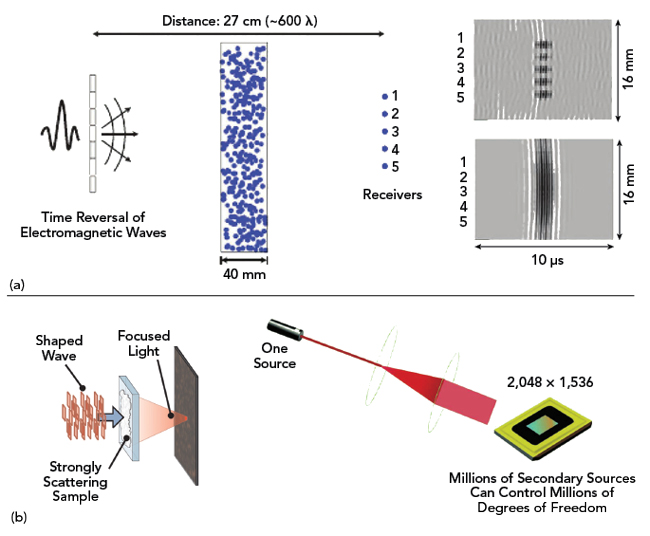 Figure 1 Time reversal mirror enables spatial multiplexing on several users after propagation through a multiple scattering medium, while it doesn’t through water (a). Wavefront shaping with a spatial light modulator focuses light, even after propagation through a thick layer of paint; instead of complex sources, millions of secondary sources in reflection are used (b).

Between 2004 and 2006, while getting a Ph.D. with Fink, Lerosey transposed the ideas originally developed for ultrasound to electromagnetic waves at microwave frequencies. Recording and digitizing waves at GHz is significantly more challenging than at MHz. Consequently, we introduced the idea of baseband time reversal, recording and flipping in time the impulse response between a source and receiver at baseband.4-6 This plus a phase conjugation of the carrying frequency results in a time reversal operation that would be realized on the real signals without needing out-of-reach electronics. Using this approach, we showed that time reversal of microwave signals propagating in complex media was feasible and could be a viable solution for wireless communications, especially with relatively wide bandwidths.7

We eventually founded a company, Time Reversal Communications, aimed at turning these concepts into commercially viable products. Yet it turned out to be complex: At this time, fading and multipath in complex environments had found a powerful solution with OFDM, and almost all wireless communications systems went from the time to the frequency domain. Another barrier to the adoption of our technology was its complexity, resulting in expensive and power-hungry systems. A base station would require numerous channels, each with power amplifiers, low noise amplifiers and data converters. We realized that while controlling waves was a “must have” in wireless communications, unlike ultrasonic imaging, cost and efficiency were more important.

FROM ACTIVE TO PASSIVE WAVE CONTROL

We developed a solution while working in optics. Colleagues from the Netherlands, fascinated by what time reversal enabled in ultrasound and microwaves, were working to transpose the concept to light. In this domain, building a large array of transceivers capable of acquiring and generating time-varying signals is impossible. So they changed the paradigm, realizing while lacking complex and powerful sources of light, they did have powerful dynamically reconfigurable reflectors of light, used in adaptive optics and astronomy. They used spatial light modulators (SLMs), arrays of millions of unit cells that can control the phase and/or the amplitude of an impinging optical wavefront to control light propagation through complex media. Their seminal contribution was a shock to us, as they demonstrated they could focus a red laser beam through a thick layer of paint by inserting an SLM between the laser and layer of paint and shaping the wavefront of the incident light—introducing the concept of wavefront shaping (see Figure 1b).8 Their work and the demonstrations we did9-12 opened a new research area in optics that is still active. To Fink and Lerosey, it was a revolution: why would one design very complex arrays of sources to control waves, when a simple reconfigurable reflector would do so?

When Fink came back from vacation in his countryside house in late August 2012, complaining about poor reception with his mobile, we started thinking about improving wireless communication without adding complexity to the base station or the mobile. Inspired by our work in optics, we pursued the idea of making the propagation environment “electromagnetically smart” and using it to enhance and improve the energy efficiency of wireless transmissions. We only needed to design a surface with dynamically reconfigurable electromagnetic properties and to use it, like in optics, as a spatial microwave modulator to shape the incident electromagnetic waves at will. We could make any indoor or outdoor environment “smart” by covering it with these surfaces and dynamically harness the reflections.

Using our knowledge of wave physics and wave control, we decided on the simplest tunable surface: a binary phase tunable surface. Experiments in optics taught us that crude control yields relaxed hardware and faster optimizing algorithms. Similarly, exploiting our metamaterial background, we devised a very simple unit cell. It consisted of a main patch resonator strongly coupled to a parasitic stripline resonator, whose resonance frequency was controlled by a PIN diode. By polarizing the diode, we could change the unit cell phase reflection from 0 to π in real time with extremely low power consumption. The unit cell was fabricated and characterized using inhouse equipment and gave satisfying results: a π phase shift between its two states at Wi-Fi frequencies, with similar dissipation in both states.13 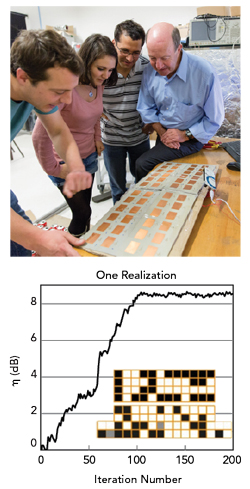 Figure 2 The first reconfigurable intelligent surface developed at Institut Langevin in 2012, which increased the received signal by almost 10 dB. 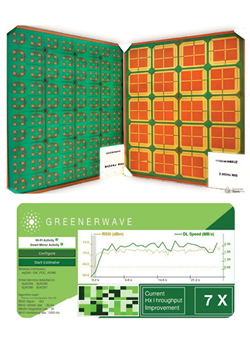 Figure 3 Greenerwave developed RIS for Wi-Fi to optimize the data transfer from an access point to a laptop, showing a 7x improvement back in 2016.

We assembled 102 unit cells on a homemade printed circuit board and controlled these elements using two Arduino controllers. To our knowledge, this was the first RIS demonstration, even though the term was coined years later by the wireless communications community. The idea was to show we could shape the electromagnetic waves propagating inside a room after emission by a simple source—a monopole on a ground plane—to maximize the electromagnetic energy received by a remote and non-line-of-sight antenna, mimicking a tunable surface enhanced wireless transmission. To do so, we simply used the same iterative algorithms used in optics, maximizing iteratively the received energy while testing one by one for the best state of each unit cell (see Figure 2). The results were striking: using this relatively small surface of 0.4 m2 in a typical office room, we managed to increase the energy received by the antenna by about 10 dB while consuming only a milliwatt.14 Looking at the spectrum of the received signal before and after optimization, we clearly saw the 10 dB increase in gain over a frequency range defined by the coherence frequency of the room, about 100 MHz. Scanning the field with an electrooptic probe to avoid perturbations by the measurement, we could demonstrate the field reflected by the room had been focused on the receiving antenna.

THE BIRTH AND ALMOST DEATH OF GREENERWAVE

After filing a seminal patent and publishing a paper, we started to showcase our findings from the Institut Langevin laboratory, which received interest from both internal researchers and external visitors. By limiting the measurement time of the test equipment, we could almost optimize the transmission between two antennas in real time and plot it live. The effect was stunning as people realized that smarter environments could potentially lead to greener and much more efficient wireless communications. The strong enthusiasm, as well as believing that our concept was unique, led us to found Greenerwave early in 2016, aiming to commercialize products based on these ideas. As physicists, we didn’t know about business models or product-market fit, and we thought that the technology was self-sufficient enough to start a successful company. After raising half-a-million euros, we hired a CEO to operate the company and make it a success, while we stayed in academia and provided support as consultants. We believed with a proof of concept enhancing wireless communications on a standardized protocol, we would easily raise another round of financing, much larger this time, to make the company a success.

Company efforts went first to realizing industry compatible RIS with the potential for the mass market. Electromagnetic designs and physics-based control algorithms were tackled by the academics on the Institut Langevin side, while the hardware (layout and controller) and embedded software were engineered in the start-up. Exploring various designs and contacting many suppliers verified that the technology had the potential for mass market. The problem came from the control part of the RIS: the algorithms to optimize wireless connectivity on a device using them require feedback quantifying the link quality, which could be obtained from the network or the device. Starting on smart dynamical electromagnetic surfaces for 4G, we quickly realized that proving anything with signals coming from a cellular base station would be extremely challenging: the network can modify many parameters during a session with a device (e.g., frequency, gain). Any optimization would be inefficient without involving the network operator and infrastructure provider.

So we decided to move to Wi-Fi and use device feedback, designing RIS at 2.45 and 5 GHz. Our strategy was to develop something close to a product as soon as possible using only the data available from the operating system of the devices as feedback; the received signal strength indication (RSSI) was the only readily accessible parameter. However, optimizing Wi-Fi connections between an access point and laptop was not easy, since we first had to disable all the automatic functions of the access point, such as automatic gain control and MIMO. Like in our 4G trials, the automatic functions would have acted in an asynchronous and uncontrolled manner versus the RIS. Doing this, we were able to show nice RSSI optimization and subsequent data rate improvement in the laboratory (see Figure 3), which almost convinced us that the convincing demonstrator was close.

Using RSSI, the demonstrator proved unstable in many cases and useless in some. Those familiar with such systems know the only good estimators of wireless link quality are secret, deep inside chipsets and obtained with proprietary and unique algorithms. RSSI, which is transmitted to the operating system, is very noisy and unstable, especially when numerous Wi-Fi networks coexist. This explains why the approach failed. We asked the large chipset manufacturers for access to the deep levels of the chipsets, but our emails were unanswered. RIS was not well known and unproven, Regrettably, RIS for infrastructure and networks had no market and no business model, and a consumer device—in laptop covers, for example—would not make it to the market due to the technical barrier. Greenerwave had no convincing demonstrator, could not raise more funds and was going bankrupt.