We use cookies to provide you with a better experience. By continuing to browse the site you are agreeing to our use of cookies in accordance with our Privacy Policy.
×
Home » Beamformer RFICs Meet Commercial Space Screening 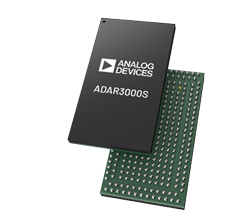 The electronic content of space vehicle payloads is expanding in all missions, including deep space, traditional geostationary (GEO) satellites and low Earth orbit (LEO) satellite constellations. With the LEO category, one space subsystem seeing an architectural transition is the adoption of electronic beamforming antennas. These antennas transmit RF signals via antenna beams to the desired ground terminals, and they receive the uplink signals from these same ground stations, albeit at a different frequency. Because LEO satellites are constantly orbiting the planet, the antenna beams must be steered to maintain coverage over a given area, with the capability to hop to another point on the planet as ground coverage switches among satellites. Electronic beamforming antennas can create multiple beams and support dynamic steering and beam hopping. Despite the complexity of these new antenna solutions, they must meet the size, weight, power and cost requirements of the LEO constellations. 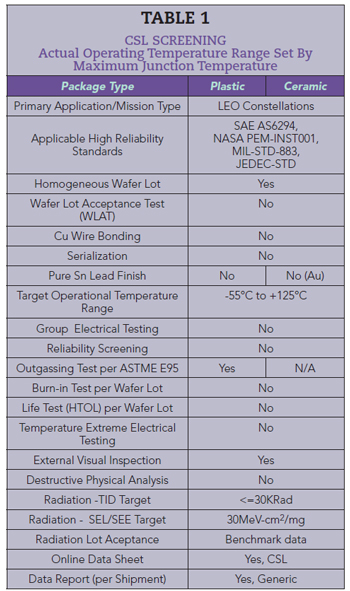 To support the adoption of these antennas on LEO satellites, Analog Devices has released the ADAR3000S and ADAR3001S beamformer ICs (BFICs), space screened versions of the ADAR3000 and ADAR3001. These four beam BFICs integrate 16 channels of amplitude and phase control into a single package while minimizing power consumption. The ADAR3000S covers 17 to 22 GHz, and the ADAR3001S covers 27.5 to 31 GHz.

Balancing reliability with cost to reach an acceptable level of risk is important for this new era of space, where many missions have shorter life cycles and less radiation exposure than traditional GEO satellites. CSL bridges between commercial product screening and full, space-qualified, hermetic, QML-V screening.

The ADAR3000S and ADAR3001S are the first commercially released BFICs available either in standard commercial or CSL grades. 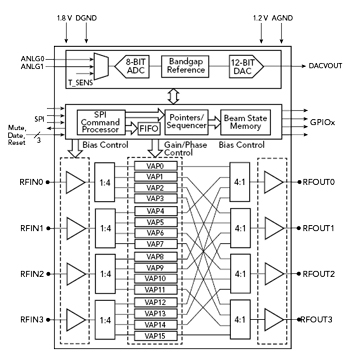 The capability to steer multiple beams is essential for LEO satellites, typically requiring 12 to 24 analog beams. Adding digital beams creates an antenna with hybrid beamforming. To support these configurations, the ADAR3000 and ADAR3001 support four beams with 16 channels of programmable time delay and attenuation for beam steering, with internal memory for storing the beam positions (see Figure 1). A programmable sequencer enables quick and efficient beam state selection, including beam hopping and raster scanning. The beam commands can be updated, reset or muted via the BFIC’s pins or the four-wire serial peripheral interface, which provides 16-chip parallel addressability.

The ADAR3000 and ADAR3001 consume very low power. The semiconductor process used for the designs enables the beamformers to dissipate less than 12 mW per channel, summing to total power consumption less than 195 mW for the entire BFIC. The power consumption can be reduced via the programmable bias for the RF amplifiers.

Highly integrated, the ADAR3000 and ADAR3001 BFICs are rich in features, including integrated analog-to-digital converters for temperature sensing and general analog inputs.