We use cookies to provide you with a better experience. By continuing to browse the site you are agreeing to our use of cookies in accordance with our Privacy Policy.
Home » System Increases Dynamic Range of Digital Receivers

Direct RF sampling is becoming the architecture of choice for applications ranging from electronic warfare and signals intelligence to radar and communications. However, an analog-to-digital converter (ADC) creates quantization, offset, gain, linearity and timing errors, resulting in spurious signals at its output. These “spurs” make it difficult—sometimes impossible—to separate the signal of interest from the noise, reducing the signal-to-noise ratio and spurious-free dynamic range (SFDR). Spurs can also interfere with the signals of interest, compromising the data and causing high bit-error rates and distortion, to the point where the signals of interest are compromised - even hidden by the spurs and undetected. Unlike the desired signal, spurs are not affected by analog filters prior to the ADC; they can appear at any frequency in the ADC’s sampling frequency range, even well beyond the sampling frequency and aliased down to frequencies below the sampling frequency.

Various techniques are used to mitigate these problems, such as adding a dither signal that adds noise greater than the nominal quantization step size; however, this reduces the ADC’s dynamic range and adds phase noise. ADC calibration can help, but it is temperature sensitive, a major problem for aircraft, which experience extremely wide temperature swings. To be effective in such situations, calibration requires updates in real-time. All these techniques for mitigating spurs become increasingly ineffective as system bandwidth extends to higher frequencies. Overall, they are complicated, unreliable, require considerable processing or are not particularly effective. 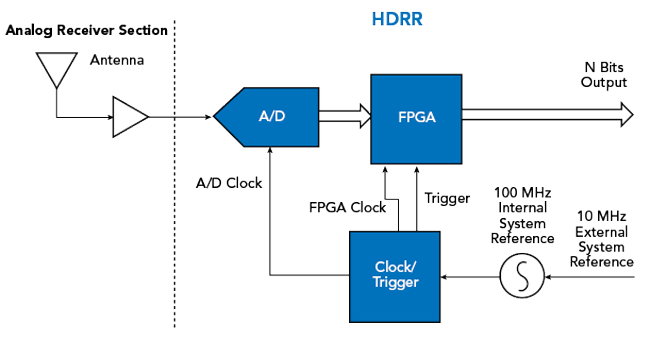 Figure 1 Direct sampled receiver using HDRR without an anti-aliasing filter and with digital tuning of the Nyquist zones.

Precision Receiver’s high dynamic range receiver (HDRR) technology does not suffer from these problems because it does not use the same approaches. It can be integrated within existing receivers (see Figure 1) and does not require a significant investment in hardware or software. The SFDR improvements, especially in the higher Nyquist zones, is substantial: typically 9 to > 12 dBc. A 9 dB increase in SFDR will improve a system’s effective reception range by 75 percent, and a 12 dB improvement expands that by 2x. HDRR technology enables ADCs to attain the highest effective number of bits (ENOB), typically increased by around 1.5 bits.

HDRR technology employs non-uniform sampling and advanced clocking and sampling to mitigate spurs and the resulting intermodulation distortion, while preserving the original phase and amplitude of the signal as measured at the antenna. Non-uniform sampling enables a receiving system to determine the signal’s Nyquist zone location and extract additional information from it. As HDRR does not introduce dithering, there is no added phase distortion. A time series or frequency domain series is easily delivered at user-specified, low latency update intervals.

HDRR can also tune any Nyquist zones presented to the input or simultaneously tune all Nyquist zones. This enables systems to monitor broad bandwidths while reducing the complexity of anti-aliasing filters, possibly eliminating them. HDRR uses information available from the analog-to-digital conversion process, which is encoded in the HDRR clocking method. After the process is completed, the clocking information is used to separate the Nyquist information from the different zones, which keeps the desired frequencies in-band and rejects the out-of-band frequencies. Finally, HDRR helps mitigate overload, caused by jamming that can saturate the ADC and other elements of the system, by “softening” the compression of the ADC so its full range is used and preserving bits that would be lost.

As HDRR is tailored to the needs of each system, Precision Receivers works with each customer, beginning with a demonstration system for evaluation. The demonstration system is a two-channel configuration with state-of-the-art 2.5 GHz ADCs and processing to perform a PRI-specific spur reduction algorithm that delivers a spur-free time series from the two channels. Direct conversion covers DC to 8 GHz. Alternatively, a block down-converter can be supplied to increase the input range to much higher frequencies.