We use cookies to provide you with a better experience. By continuing to browse the site you are agreeing to our use of cookies in accordance with our Privacy Policy.
Home » CST STUDIO SUITE 2018 Connects New Technology and Trusted Tools
Software/EDA Channel 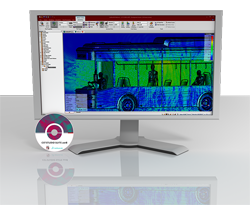 CST STUDIO SUITE is a package of state-of-the-art electromagnetic and multiphysics simulation tools, used by leading companies and research institutes in fields ranging from consumer electronics and healthcare to automotive and aerospace. It allows engineers to design, characterize and optimize devices with virtual prototypes, reducing the cost and time required to develop new products. The latest release, CST STUDIO SUITE 2018, offers a collection of new features for designing, managing and simulating complex devices and systems.

The CST System Assembly and Modeling (SAM) framework, enabling engineers to model and simulate complex systems in a modular way, keeps the company at the forefront of system simulation. In the 2018 version, SAM has been revamped with a new assembly modeler for constructing complex systems. Components representing different simulation projects can be loaded in a 3D design environment and assembled into a single model. This model can then be used as the basis of a hybrid or full system simulation. The assembly modeler provides a fast, natural workflow for system simulation tasks involving many parts, such as antenna placement, feed design and co-site interference.

Different solvers are best suited to different problem types. For example, the CST Time Domain Solver, based on the finite integration technique (FIT), is a powerful general purpose broadband solver suitable for many types of antenna simulation, while the Integral Equation Solver, based on the multilevel fast multipole method (MLFMM), is especially efficient for electrically large structures.

In many simulation projects, a system may contain several components, each suited to a different solver type. For example, in a simulation of antenna placement on an aircraft, the time domain solver may be the most efficient solver for the antenna itself, while the Integral Equation Solver is well suited to simulating fields propagating around the airframe. Hybrid simulation allows different solvers to be used in different parts of the system, making more efficient and more accurate simulations possible. 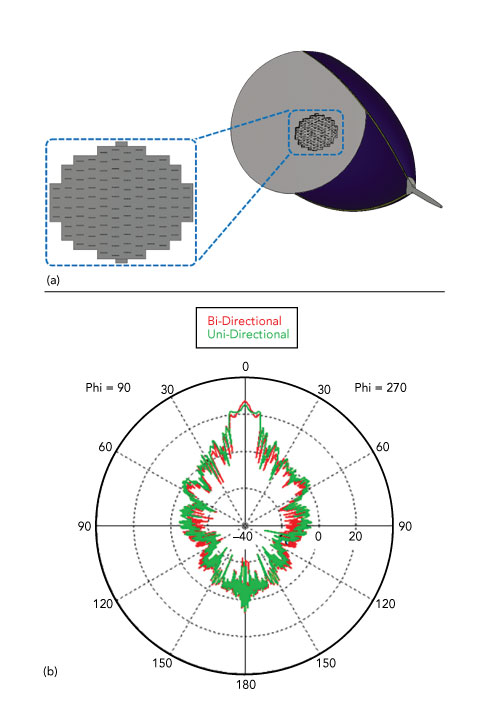 Figure 1 Antenna array inside a radome (a) and simulated patterns (b). 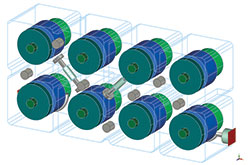 CST STUDIO SUITE 2018 contains the first release of the new Hybrid Solver Task, enabling bi-directional field coupling between simulation domains. These can be resolved either with different high frequency 3D solvers or the same 3D solver. If the antenna is located near to a scattering object, such as a wing, the Hybrid Solver Task will be able to calculate the backscattered radiation more accurately than a conventional field source coupling approach. Other applications include antennas within radomes, antenna-to-antenna coupling, reflector antennas with complex feeds and human exposure on large structures. Figure 1 shows an example of simulating an array within a radome. Simulating each separately with the bi-directional hybrid solver results in a more accurate calculation of the total radiation pattern.

Filter Designer 3D (FD3D) is a tool for designing and synthesizing cross-coupled filters and calculating coupling matrices. In the 2018 release, FD3D is now integrated into the built-in optimizers, making the coupling matrix available directly during optimization and allowing faster and more intelligent filter tuning. Using the coupling matrix makes it easier to separate the effect of different parameters on filter performance and reduces the risk of the optimizer failing to find the global minimum.

Combined with the moving mesh feature introduced in 2017, extremely sensitive filters can now be optimized rapidly—the eighth-order cross-coupled dielectric resonator filter in Figure 2 was tuned to a target response of −26 dB. In addition, FD3D includes a new tool for diplexer design, which can be used to synthesize diplexers directly from the specifications.

Accurate models of the human body are essential for designing medical equipment and for analyzing the exposure and specific absorption rate (SAR) of devices. CST offers detailed heterogenous human body models suitable for a wide range of applications. These include both voxel-based and CAD-based models, allowing compatibility with both time and frequency domain solvers.

CST STUDIO SUITE 2018 now has a built-in poser for voxel body models, allowing the position of limbs and joints to be adjusted for more accurate simulation. For example, a body model can be set in a sitting position, to fit in a car seat or made to hold a phone for a SAR simulation. Posed voxel models represent real-world exposure scenarios very accurately. The CAD-based body models now model realistic breathing, which is useful for simulating medical devices such as MRI scanners, where the movement of the chest can change how fields behave inside the body.

Antenna design and simulation is one of the core capabilities of CST STUDIO SUITE. The 2018 version includes some new features that are especially useful for simulating planar antennas on printed circuit boards (PCB). The software can now directly calculate far fields on complex multilayer substrates, and the characteristic mode analysis (CMA) tool can take dielectric substrates into account.

The Interference Task in CST STUDIO SUITE offers an intuitive workflow for analyzing the coupling and interference risk between RF systems on a platform. Assessing whether radio systems interfere requires knowledge of the frequency bands and channels where each system operates. The 2018 version includes a library of radio types, and users can add their own pre-defined radios that can be shared across a network for use by a team; the radios can be tagged for rapid searching.