We use cookies to provide you with a better experience. By continuing to browse the site you are agreeing to our use of cookies in accordance with our Privacy Policy.
×
Home » Verizon To Launch “5G” Residential Broadband in 2018
Broadband Channel Industry News 4G/5G/Cellular

At a briefing for financial analysts, Verizon Communications announced it will launch 28 GHz residential broadband services in three to five U.S. markets in 2018, in what Verizon says is a first application of 5G technology to “provide customers with unprecedented wireless speeds for internet access.”

The first commercial deployment is planned for Sacramento, California, during the second half of 2018, part of a “broader public-private partnership.” Verizon said the 2018 launch will not have a significant impact on capital expenditures, which will be comparable with spending the past several years. 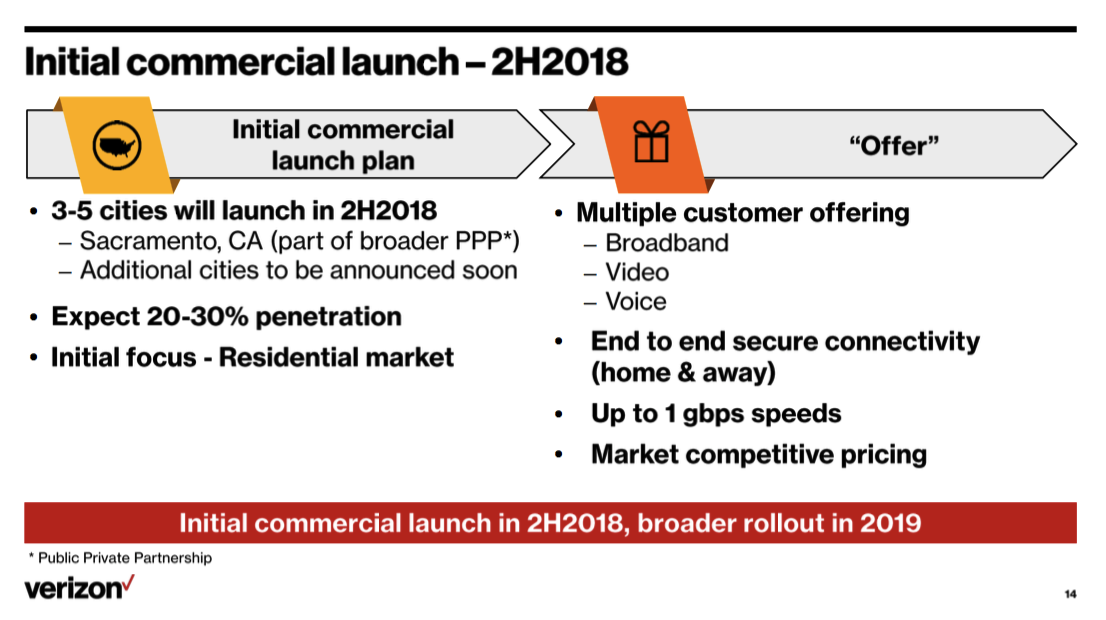 During 2017, Verizon conducted trials of fixed wireless access in 11 markets. According to data presented by the company (see below figure), for link distances less than 1,000 feet, download speeds ranged from approximately 550 Mbps to 1.5 Gbps, with a median download data rate of just under 1 Gbps. With a link distance greater than 2,000 feet, the median data rate was approximately the same, with a tighter distribution, between 750 Mbps and just over 1 Gbps. 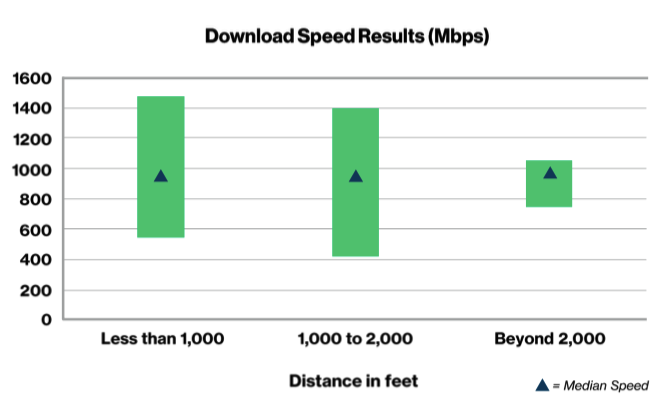 Hans Vestberg, Verizon’s chief technology officer, said, “This is a landmark announcement for customers and investors who have been waiting for the 5G future to become a reality. We appreciate our strong ecosystem partners for their passion and technological support in helping us drive forward with 5G industry standards, for both fixed and mobile applications. The targeted initial launches we are announcing today will provide a strong framework for accelerating 5G's future deployment on the global standards.”

5G to Expand Fixed Wireless Broadband Adoption to Generate $45.2B in 2022