We use cookies to provide you with a better experience. By continuing to browse the site you are agreeing to our use of cookies in accordance with our Privacy Policy.
×
Home » Keysight Seeking New Leadership for Ixia Unit
Industry News Test and Measurement Channel

Bethany Mayer, president of Keysight’s Ixia Solutions Group, has resigned and will leave the company December 1 to “pursue other interests,” according to a Keysight release. Mark Pierpoint will assume the role until Keysight recruits a permanent replacement. Keysight said it “is committed to a seamless transition.”

Mayer was the president and CEO of Ixia and remained in the leadership role of the business following the close of Keysight’s acquisition in April 2017. 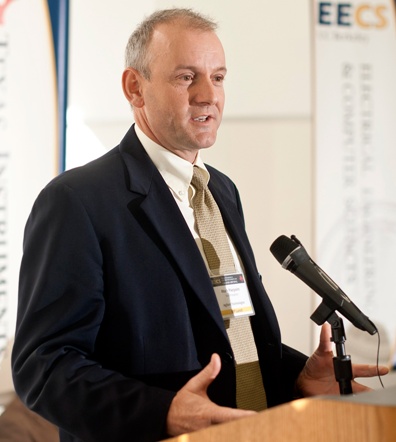 Pierpoint joined Hewlett-Packard in 1987 and, since 2015, has been the general manager of the internet infrastructure business within Keysight’s Communications Solutions group. He received a PhD in microwave engineering from the University of Leeds in the U.K.

Ron Nersesian, Keysight's president and CEO, said, “I thank Bethany for leading the Ixia Solutions Group within Keysight. Her leadership led directly to the successful combination of our two companies and has been instrumental in our integration."

Nersesian added, “Mark has worked closely with the Ixia business since the acquisition earlier this year and is well positioned to lead the completion of our integration activities and maximize the potential of our expanded company.”