We use cookies to provide you with a better experience. By continuing to browse the site you are agreeing to our use of cookies in accordance with our Privacy Policy.
×
Home » AWG Launches New Era in RF Signal Generation
Test and Measurement Channel

Tektronix has long been a leading manufacturer of arbitrary waveform generators (AWG) that offer an easy and flexible way to generate the signals needed in radar and electronic warfare, general microwave and RF design, advanced research and high speed digital applications such as high speed serial and optical communications. The company is expanding its lineup with the AWG5200 series that offers an impressive set of capabilities not previously available in one instrument, including a standard sampling rate of 5 GSPS (up to 10 GSPS with interpolation), 16-bit vertical resolution, 2 GS waveform memory per channel and up to eight channels per unit, with support for synchronizing multiple units. The AWG5200 series includes a flexible waveform generation plug-in suite with comprehensive coverage for a wide variety of standards and digital modulation techniques. It also lowers the cost of ownership for complex multi-signal environments, starting at a list price of about $11,000 per channel for an eight-channel instrument.

Figure 1 Simplified block diagram of the DAC used in the Tektronix AWG5200. 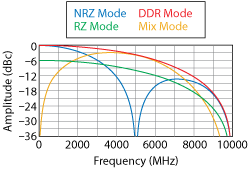 Figure 2 Several DAC modes enable the AWG5200 to output signals at the cleanest portion of the DAC bandwidth and frequency roll-off positions.

At the heart of the AWG5200 series instruments are new high performance, digital-to-analog converters (DAC) that offer a mix of speed and resolution in a fully-integrated product package (see Figure 1). With its powerful DAC cores, the AWG5200 can directly generate complex modulated RF EW signals with carriers up to 4 GHz, without external RF conversion. The 16-bit vertical resolution is the best available for a fully-integrated AWG, compared to alternatives at 14-bit resolution. Driven in part by the demand for lower cost and smaller size devices for telecommunications and military systems, the DACs used in the AWG5200 incorporate signal processing and modulation in addition to signal generation functions. In the past, a separate system handled the signal processing and created the waveform, and the digital information was fed to the DAC. Now, the more advanced high speed DACs have signal processing blocks built in. The more useful of these digital signal processing blocks include complex (I/Q) modulation, numerically controlled oscillators (NCO) and conditioning functions such as finite impulse response (FIR) filters and digital interpolation. This enables direct generation of complex RF signals in an efficient, compact and more affordable way. The AWG5200 series offers several DAC modes that enable users to output signals at the cleanest portion of the DAC BW and frequency roll-off positions. Options include NRZ, DDR, RZ and mix modes (see Figure 2).

HAVE IT YOUR WAY

An increasingly important requirement for RF and radar designers is high fidelity, tightly synchronized, multi-channel signal generation to stimulate receivers for design, troubleshooting and operational testing. This is especially true for occupied spectrum measurements, where designers are trying to simulate a spectrum that is filled with RF/microwave signals from military and commercial radar and radios, as well as countless consumer devices. For this application, the more test sources the better.

The AWG5200’s eight independent channels provide less than 10 ps channel-to-channel skew. Each of the AWG5200’s channels have independent path outputs, individual amplification, separate sequencing, up-conversion and dedicated memory, and they can be controlled independently without crosstalk or limitations on any channel’s performance. The only common factor is that all channels share a common clock or, if the user chooses, an external reference clock can be used.

This level of independence and flexibility, with 16-bit resolution, less than 2 µs latency and ‐70 dBc spurious free dynamic range, make the AWG5200 an excellent source for 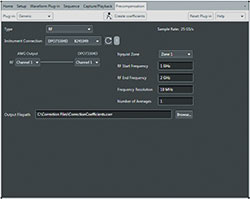 Figure 3 The RF Generic waveform creation plug-in is a software package that digitally synthesizes modulated baseband IF and RF/microwave signals.

For applications such as testing phased-array antenna systems or multiple-input-multiple-output (MIMO) antenna arrays, up to four AWG5200s can be synchronized to create a total of 32 test signals.

From a practical standpoint, a major benefit of the AWG5200 is that it makes signal generation much more manageable, by eliminating the need for large racks of specialized—and costly—signal generation equipment. The growing library of plug-ins for creating waveforms for RF testing makes creating signals for conformance or margin testing fast and straightforward. Plug-ins include generic pre-compensation, multi-tone and chirp, orthogonal frequency division multiplexing (OFDM), radar and “RF Generic.” The latter, shown in Figure 3, digitally synthesizes modulated baseband, IF and RF signals and supports a wide range of modulation schemes. Users can, of course, design their own waveforms using a variety of tools and techniques and automate tests using MATLAB scripts. The AWG5200 is also code compatible with previous generation Tektronix AWGs, meaning any existing waveforms and scripts can be employed.

The AWG5200 has a 6.5 inch touch screen display that offers intuitive menu-driven operation, with familiar front panel controls and keypad. It can also be controlled by an external PC using Ethernet or a direct USB connection running SourceXpress software. It includes a removable hard disk drive for quickly changing test setups or meeting security requirements.

The AWG5200 is available now. The eight-channel instrument with 2.5 GSPS and up to 10 GSPS performance has a starting price of $82,000 (U.S. MSRP). Two- and four-channel models are also available.