We use cookies to provide you with a better experience. By continuing to browse the site you are agreeing to our use of cookies in accordance with our Privacy Policy.
Home » Cavendish Kinetics’ RF MEMS Fine-Tunes nubia’s LTE Smartphones 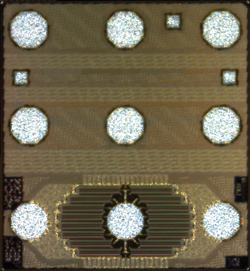 As wireless operators add new spectrum bands to their LTE networks, the efficiency of traditional smartphone antenna designs degrades significantly. This problem is worsened by ever slimmer smartphone designs that use metal frames, which further impacts antenna efficiency. In order to support all LTE/3G/2G bands in China, ranging from 850 MHz to 2.7 GHz, nubia selected Cavendish’s SmarTune antenna tuning solution. This allowed nubia to design an antenna that provides outstanding efficiency in all LTE bands, thereby maximizing the signal strengths, which in turn leads to increased data throughputs and extended battery life for the end user.

SmarTune antenna tuning solutions are based on Cavendish’s revolutionary RF MEMS capacitor, which provides an industry-leading ‘quality factor’ of greater than 200, has near zero insertion loss and enables antennas to tune across all LTE frequencies. Cavendish’s SmarTuners have proven their accuracy and reliability in over 100 billion cycles of testing, and with only a 2 mm2 footprint, SmarTuners are easy to implement in the latest smartphones and wearable designs. Antennas using Cavendish RF tuners deliver 2 to 3 dB stronger signals than traditional antenna designs using simple RF band switches.

Cavendish Kinetics is headquartered in San Jose, Calif., with offices in Korea, Taiwan, China and the Netherlands.