We use cookies to provide you with a better experience. By continuing to browse the site you are agreeing to our use of cookies in accordance with our Privacy Policy.
Home » Emulation Provides a Cost-Effective Strategy for Replacing Obsolete Instruments in ATEs
Aerospace and Defense Channel 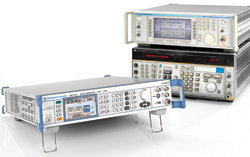 Figure 1 Instruments such as the R&S SMA100A can be controlled by commands other than the built-in SCPI commands.

Typically, test systems used in aerospace and defense applications have a lifespan of 25 years or more –far longer than the lifespans of the individual measurement instruments that comprise the system. Replacing obsolete instruments can have major negative consequences for the deployed test program set (TPS) and for the maintenance, calibration and repair costs of Automated Test Equipment (ATE). However, by employing instrumentation with a sophisticated emulation strategy, the new test instruments can be successfully integrated, using a less expensive, more efficient migration path. For example, modern T&M instruments can be controlled by commands other than the built-in native SCPI commands. As shown in Figure 1, users can replace legacy signal generators in a test system without having to change the remote control code.

Between 1980 and 1992, the U.S. Department of Defense spent over $50 billion on ATS procurement. During this period, the standard practice was to develop a unique ATS or ATE to support a single military system, which resulted in a proliferation of hard-to-maintain test systems.1 Solving the problem of test equipment obsolescence is both difficult and necessary, because the cost of system ownership is greatly influenced by ATE calibration and repair costs and by the current maintenance procedure for TPSs. There is also an increasing risk of replacement parts becoming unavailable and of calibration and repair capabilities eroding during the system’s lifetime once the instrument is no longer supported by the vendor.

Test program sets used in ATE systems are generally certified, which makes it very time-consuming and costly to modify and reapprove them when an obsolete instrument is replaced. Replacement also triggers software modifications – and the cost of a TPS rewrite almost always exceeds the cost of instrument replacement. It is therefore very cost effective to manage instrument replacements without changing the existing TPSs. An attractive migration strategy is to deploy new measuring instruments that emulate the discontinued instruments. This approach saves time and is cost-effective but not trivial. The requirements for the new instruments are determined by the test programs themselves and by the electrical and functional features of the instruments to be emulated.

There are three basic approaches to solving the obsolescence problem: ATEs can be maintained, modernized, or upgraded. The appropriate choice depends on remaining ATE system life and on cost. Maintaining an existing ATE by repairing its instrumentation has lower costs and is relatively simple, but is limited to the number of years the legacy instruments are available.  Benefits are zero or few changes to hardware and software and minimal capital expense. Problems are the limited time span, higher downtime and the increased risk when the product is no longer supported. 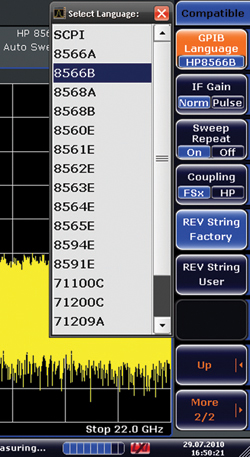 Figure 2 Emulation mode: Selection of legacy signal analyzers to be emulated by the R&S FSV.

Modernizing or replacing the entire ATE solves the code compatibility issue, but also has much higher costs and usually can be done only during major program updates or extensions. Advantages include greater reliability, faster tests and extended life. On the other hand, this approach requires major changes to hardware and TPS, which lead to higher complexity, compatibility issues, higher risk and high costs.

Upgrading the ATE with modern instruments is a middle way that has the potential to create modern systems at a reasonable cost. However, it requires that the line replaceable units (LRU), or units under test (UUT), give the same response when stimulated with the replacement instrument as they did with the legacy instrument. In other words, the replacement has to be done with code-compatible instruments.

Usually, replacing legacy instruments with new instruments that emulate them exactly requires the same hardware interface (GPIB) used by the existing test system. It also requires adopting the existing command language (such as for frequency and measurement range setting, dynamic range setting and noise level setting for the replacement instruments). Fortunately, the Standard Commands for Programmable Instruments Standard (SCPI) has significantly reduced the problem of interchangeability. Footprint in most cases is not a problem because modern instruments tend to be smaller in size and have lower power consumption.

Faster testing (increased throughput, higher yield) may also be possible because the replacement instruments deliver higher accuracy and speed and this can lead to higher margins for the DUTs. Other benefits include minimal hardware and software changes, greater reliability and reduced cost of ownership.

Since the late 1990s, remote control of instrumentation has been based on the common SCPI standard. Before that, legacy instruments used vendor-specific command sets that had their own syntax and semantics. To make these instruments compatible with earlier generations at a minimum requires switching from the SCPI parser to a parser for the legacy commands that understands the old syntax. But just translating the legacy commands into SCPI is not enough. The right emulation mode has to be activated first, as well as the selection of the emulated instrument model. (Although most of the legacy instruments share a common set of remote commands, each model may respond to the commands quite differently.)

Getting into Emulation Mode 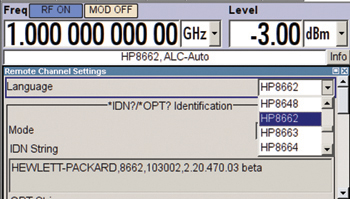 Figure 3 Emulation mode: Sample selection of a legacy signal generator to be emulated – example shown here is the R&S SMA100A. 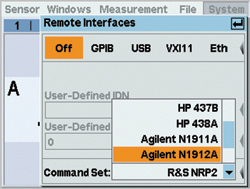 It is also very important for the emulation to function in both directions. Besides being able to understand and be capable of processing incoming commands, the new instruments must also deliver responses such as measurement or query results to the control program that are compatible with the emulated instrument.

In addition, activation of the emulation mode enables proper adaptation to the different preset settings of the instruments to be emulated (That is, for a spectrum analyzer: span, start and stop frequency, number of trace points, reference level and bandwidth coupling).

Activation of emulation mode (or native mode) can also be handled automatically by means of a control command. This makes it possible for new control programs to take advantage of the features provided by state-of-the-art instruments, in addition to their emulation capabilities.

To address different members of the same instrument family, simply editing the ID string is often sufficient. For a valid ID string emulation, the response to a query for an instrument ID must match the original. ID strings should also be editable manually. In addition, preset settings need to be adjusted to match the legacy instrument.

Properly formatted instrument responses to queries by the control program are essential for proper emulation of previous instruments, along with identical formatting of all parameters (integer, float, ASCII strings) and an identical number of characters. When querying trace data from a spectrum analyzer, it is particularly important for the different query formats of previous instruments to be implemented to result in correct emulation. For example, legacy analyzers provide different formats for reading out trace data.

Service requests are messages the instrument sends to the controller when specific conditions or events occur that require a response by the controller. An example would be a message indicating that the analyzer has completed a sweep. The controller analyzes the different events and status messages using status byte queries.

Modifications May Be Needed

The following example illustrates this problem: The HP8340B, for instance, sends the command “PD0” to disable the pulse modulation in an application where no pulse modulation is needed. If the legacy instrument is replaced by an R&S SMB100A, for example, without a pulse modulation option, this command leads to an error message and possibly to a malfunction of the application. One solution is to implement the unavailable functions as “dummies” for the emulation. This means that set-up commands will be absorbed and polling commands will be answered with default values.

In today’s instruments, signal processing is fully digital. This means that the analog design of legacy instruments must be carefully taken into account, particularly with respect to timing, filters and level aspect. For example, reference level differences between modern and legacy spectrum analyzers can be adjusted with internal mixer levels. Emulation with digital filters must fit the shape factor of the analog filters in legacy instruments.

Modern instruments, such as analyzers, signal generators or power meters, are much faster than legacy instruments. In most cases, this is not an issue and even leads to better throughput. On the other hand, calibration and self-alignment may take much longer in modern instruments because it takes a larger number of correction steps to achieve higher accuracy. In this case, the solution is to reduce alignment to only a part of the procedure in emulation mode. Another problem on command execution may occur if test programs are not properly synchronized.

Many ATEs in use today are facing obsolescence problems in the short or mid-range term. Since modern instruments can now emulate legacy instruments and achieve code compatibility in many cases without modifications to the TPSs, migrating to the new generation of instrumentation makes it a strategy worth considering to keep system readiness at the highest level.

Backward compatibility requires both command compatibility and true functional/behavioral compatibility. The advanced spectrum analyzers, network analyzers, signal generators, power meters and audio analyzers from test and measurement companies like Rohde & Schwarz and others offer built-in emulation to ensure the highest possible code compatibility. For example, the R&S Legacy Pro
concept makes it feasible to use the migration approach in test systems, if desired, and replace obsolete measuring instruments. In many applications, it is possible to continue using existing control programs without any modifications.

Jochen Wolle studied electrical engineering at the Technical Universities of Darmstadt and Munich before joining Rohde & Schwarz GmbH & Co. KG in Munich, where he is engaged in the development of T&M equipment. He is head of software development for spectrum and network analyzers, oscilloscopes and EMI test receivers.

Rainer Lenz studied electrical engineering at the University of Karlsruhe (TH) where he received his Dipl.-Ing. degree and PhD. After his studies, he worked for several years in RF engineering and in system engineering. In 2012, he joined Rohde & Schwarz GmbH & Co. KG in Munich as product manager for signal generators and power meters.