We use cookies to provide you with a better experience. By continuing to browse the site you are agreeing to our use of cookies in accordance with our Privacy Policy.
Home » Over-the-air Signal Challenges and Implications - Recommendation for LTE RAN
6G/5G/Massive MIMO Channel

Protocols used by LTE networks to leverage MIMO technologies are significantly impacted by correlation and thus by the channel models under which they’re tested. This Forum provides an understanding of over-the-air, multipath signal challenges, the impact on network performance and considerations for end-to-end testing. A panel discussion with speakers from Anritsu, Rhode &Schwarz, Azimuth and more to be announced will conclude the Forum. 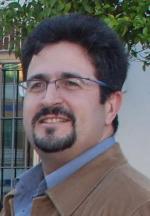 Dave Bolan is Product Marketing Manager for Anritsu’s market-leading line of RF and microwave handheld instruments primarily used for field use. In this position, Dave is responsible for helping develop, market, and sell test solutions that are used by field engineers and technicians to deploy, install, and maintain commercial and private wireless networks.

A veteran of the RF/microwave market for more than two decades, Dave has extensive experience in sales and marketing. He previously held Vice President of Sales and Marketing positions for Harris Corporation and Motorola Microwave, as well as other microwave backhaul companies. Dave was also the Vice President of Marketing for Spectrian, a manufacturer of base station power amplifiers.

Dave earned a Bachelor of Science degree in Electrical Engineering (BSEE) from Cleveland State University and a Master’s degree in Business (MBA) from Xavier University.

With such an extensive background and education, Dave is well suited in his role with Anritsu. He understands LTE base station transmitter performance and that downlink coverage checks are critical to verify an optimized LTE user experience. Dave will attend CTIA, where Anritsu will display the types of measurements required to ensure that LTE networks are performing to maximum capacity. Measurements such as RF quality, modulation quality, and downlink coverage quality will be reviewed, including the verification that the MIMO transmitters are working properly.

Andreas Roessler is Technology Manager within the Test & Measurement Division of Rohde & Schwarz. His focus is on UMTS Long Term Evolution (LTE) and LTE-Advanced throughout North America. With responsibility for the strategic marketing and product portfolio development for LTE/LTE-Advanced, Andreas follows the standardization process in 3GPP very closely, particularly on core specifications as well as protocol conformance, RRM and RF conformance specifications for device testing and base station testing as well as network performance measurements. He works for Rohde & Schwarz USA, Inc. in Flower Mound, Texas and has more than 7 years experience in the wireless industry. Formerly, Andreas worked for Willtek Communications, now Aeroflex, as a product manager for a radio communication tester supporting various wireless technologies. He graduated from Otto-von-Guericke University in Magdeburg, Germany, and holds a masters degree in communication engineering.

John Griesing is a member of the founding team of Azimuth Systems and Vice President of Engineering since it's inception in 2002. In addition to leading the engineering operations at Azimuth, he has helped pioneer Azimuth's MIMO Channel Emulation and OTA test products. He is a participant at 3GPP standards and inventor on several patents.

Prior to joining Azimuth, John was Senior Director at 3Com, where he led engineering operations for the company’s cable data business. Also at 3Com, John was Director of Advanced Technologies in the network adapter division, where he pioneered cable modem products and was responsible for 100Mbit stackable Ethernet products. Prior to 3Com, John has held both management and design engineering positions at Chipcom, Wang Labs, and RCA. John achieved a MSEE from Northeastern University and a BSEE from the University of Connecticut. He is named inventor on 8 patents.

Prof. David A. Sánchez-Hernández. Dipl.-Ing. in Telecommunications Engineering from Universidad Politecnica de Valencia, Spain, in 1993. Ph.D from King's College, University of London, UK, in 1996. Research Fellow at King's College London. In early 1999 he received the Readership from Universidad Politecnica de Cartagena, Spain, and was appointed ViceDean of the School for Telecommunications Engineering and later that year ViceChancellor for Innovation & Technology Transfer and Head of Department. He holds an IT Chair since 2009. He has been Counselor and Board Member of diverse Foundations and Regional Innovation Authorities in the Region of Murcia, in Spain. He is a Chartered Engineer (CEng), IET Fellow, IEEE Senior Member, CENELEC TC106X member, and is the recipient of the R&D J. Langham Thompson Premium, awarded by the IET, as well as other national and international awards. He has published 5 books, over 50 scientific papers and over 100 conference contributions, and is a reviewer of several international journals and conferences. He holds five patents. Since 2009 he is CEO of EMITE, a high-tech company with Vodafone Foundation, ANCES and Spanish National entrepreneurship awards which commercializes fast, accurate and versatile multicavity mode-stirred reverberation chambers for MIMO OTA compliance testing. In 2011 he was awarded Spanish National ENISA-La Caixa Emprendedor XXI Award.

By David Bolan, Product Marketing Manager, Anritsu
Over-the-Air testing with a Base Station Analyzer by the technician can determine if the MIMO Transmitters are functioning properly and map the quality of the downlink coverage. In addition, quick checks for network optimization can be made looking for co-channel interference with the Base Station Analyzer’s Over-the-Air scanner capability.

By John Griesing, VP Engineering, Azimuth Systems
With every new release of 3G/4G protocols and beyond, the maximum data rates continue to climb higher. However the actual performance a subscriber obtains on the device is dependent on more than just the protocol stack, it depends on actual real world channel conditions as well as the design of the device itself. In the field, it is difficult to obtain repeatable performance measurements; there are just too many factors impacting performance. In the lab though, it is possible to control the test conditions and reliably benchmark the subscriber's experience. With more complex MIMO protocols being deployed, benchmarks are significant only when the fully capture the impact of channel conditions on end to end device performance. That implies an over the air test. This presentation will discuss one method for dynamic over-the-air device performance test that allows for testing with both standard and dynamic channel models. Practical results along with implications for carriers and device vendors will be discussed.

By Andreas Roessler, Technology Manager, Rohde & Schwarz
MIMO technology is an essential feature in LTE to achieve for peak data rates and spectrum efficiency. In R&D labs MIMO has been an integral part of testing, verifying performance of LTE-capable handsets. But up to now there was no way to estimate MIMO functionality in the field, during network performance measurements, drive tests or in buildings. This has changed. Rohde&Schwarz recently added MIMO measurement functionality to its universal network scanner R&S TSMW and the R&S ROMES drive test software. All of the MIMO-specific measurements are based on the full channel bandwidth and can be applied to 4x2 and 2x2 MIMO systems. The MIMO measurements are based on the H-channel matrix, which is calculated per cell and per resource block. The output is based on complex values, means amplitude and phase. From the channel matrix, a singular-value decomposition is calculated. The result, the singular value, is used to obtain the condition number, which qualifies whether the radio channel is “ill-conditioned” (no MIMO applicable) or “well-conditioned” (MIMO usable). All the data can be exported into ASCII and XML. This enables third-party tools for fading emulation to use the Rohde & Schwarz MIMO drive test solution to reproduce the MIMO channel in the lab.

MIMO OTA Measurements – The Next Generation Platform for Wireless Testing

The Path to 5G Runs Through China